Beijing: US actions are not professional, immoral and irresponsible 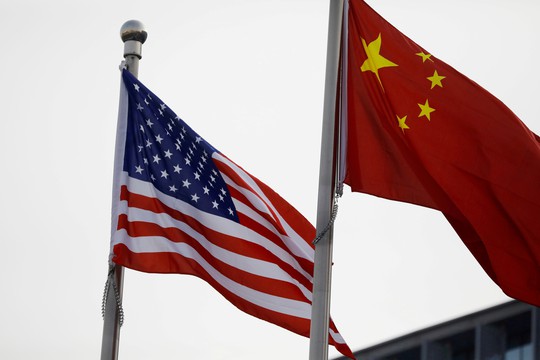 "The United States should not tell Beijing what it means to respect the sovereignty and territorial integrity of other countries. In less than two hundred and fifty years since the founding of the United States, only about 20 years have not taken military action, and military intervention was sometimes justified by "protecting democracy", sometimes "human rights", and even by fabricated disinformation,"- Chinese Foreign Ministry spokeswoman Hua Chunying  said the other day, commenting on Washington's criticism of Beijing's position on the situation in Ukraine.

In response to the formidable philippics from the mouth of US National Security Adviser Jake Sullivan regarding the fact that Beijing will "certainly" face consequences if it helps Moscow to evade sanctions due to the conflict in Ukraine, the Chinese authorities did not "take a salute" (as apparently expected), but stated with certainty: "China opposes unilateral sanctions by the United States in any form and will resolutely protect the legitimate rights and interests of Chinese companies and individuals."

Beijing reminded Washington that instead of considering its role in the development of the crisis in Ukraine and  "pay attention to the negative impact that the consistent expansion of NATO to the east has had on Russia's security," the United States continues to angrily denounce and "irresponsibly spread all kinds of misinformation "including faked news that Russia allegedly requested military assistance from China.” Beijing called such actions "unprofessional, immoral and irresponsible."

It is also indicative of how imperial Washington looks at the Celestial Empire in the long term: "China represents the most serious geopolitical challenge facing the United States in the 21st century, next to which Russia or the Middle East pale. If the United States does not restrain China's efforts to "trample democracy" and undermine human rights, Beijing will only become bolder," the Chinese Global Times quotes US Secretary of State Anthony Blinken as saying about the priorities of the Biden administration's foreign policy.

As for the current Ukrainian crisis, the publication reminds: back in 2014, former US Secretary of State Henry Kissinger once remarked that too often, the Ukrainian question is put with an edge: will Ukraine join the East or the West? But if Ukraine wants to survive and prosper, it should not become an outpost of one side against the other — it should function as a bridge between them. Neither the USA nor Europe listened to his advice.