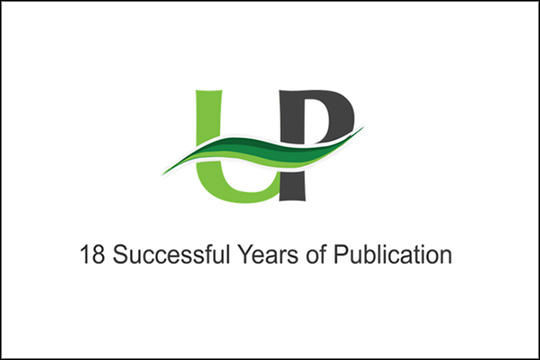 Protests in Belarus have been ongoing since August 9, when a presidential election saw Lukashenko win over 80 percent of the vote as opposed to his key contender Svetlana Tikhanovskaya winning less than 10 percent, according to the official figures. The Belarusian opposition refused to recognize the results, and people took to the streets to demand that the president step down.

Police used force during the first several days of the protests, firing tear gas, water cannons, stun grenades and rubber bullets to disperse the crowds. More than 6,700 people were detained, according to the Belarusian Interior Ministry. There was one confirmed fatality so far during a protest in Minsk, the capital of Belarus, while hundreds of people including more than 120 police officers have sustained injuries.

"Chances are increasingly slim that Lukashenko will retain power over the current political uprising in Belarus," Mark Sleboda, an international relations and security analyst, told Sputnik.

The expert's estimate is that up to 200,000 people took to the streets in Minsk alone this weekend, while rallies nationwide have grown increasingly big notwithstanding and perhaps because of the excessive use of force by law enforcement against the protesters.

"The heavy-handed police response to them has garnered the sympathy of the general population, turning protests of a vocal and active minority into a wider nationwide uprising," Sleboda said, opining that the security officers' "heavy-handed, even brutal response to protest, with credible reports of beatings and torture in custody and broadcast humiliation of beaten normal youth, has not broken them, but rather galvanized and energized them."

The fact that even several state-run companies joined the protest, including the Belarusian national broadcaster BT, was "both incredibly damaging and personally humiliating to Lukashenko" as the state-paid working class is "the base of his support," the expert said.

"The sight of leaked videos showing chanting crowds of state company workers yelling at Lukashenko who had come to speak to them in person 'to go away' appears to have first dumbfounded, angered and then broken Lukashenko psychologically. He has lost the last legitimacy he has - his core base and the tacit acceptance of general population. It is difficult to see him continuing to rule over the Belarusian people for long," Sleboda said.

"If he gives hints of openness, these latter could be interpreted by the opposition as a weakness, which obviously Lukashenko cannot afford," Graziani told Sputnik.

According to the expert, Lukashenko "has lost a historic opportunity with the management of power in the last year and above all in the last electoral campaign, because he has not sufficiently implemented actions and programs aimed at generational change."

Lukashenko currently has options to save the face and prevent the situation from escalating and getting out of control by adjusting the country's domestic and foreign political vectors according to the circumstances.

"[Lukashenko] could ... reorganize his government apparatus by introducing capable young people to the top of power and give a new impetus for the modernization of the country. Furthermore, taking into account the country's geographical position and the close cultural and economic relations with the Russian Federation, it should ensure, through a new face, a decisive Eurasian turn to Minsk's foreign policy," Graziani said.

The best case scenario for Russia will be to facilitate a dialogue among Belarus' political elite for a peaceful transition of power to an acceptable alternative of Lukashenko, according to Sleboda.

"[Russia's] best option is to reach out to Lukashenko, the Belarussian political and business elite, and reasonable figures among the opposition like Victor Babariko and Valery Tsepkalo and foster a dialogue on a managed transition of power resulting in eventual elections that would result in someone acceptable to Moscow coming to power in Minsk, rather than letting Belarus be hijacked by a pro-Western radical," the expert said.

According to Sleboda, what people in Belarus aim for is not a radical power change but rather a free and fair election with "credible, serious candidates."

"Other governments in the CIS/CSTO/EAEU could be brought in for consultations on the process to lend the process some regional international legitimacy. Lukashenko could be offered safety in self-exile in Russia or other post-Soviet state, which might be his best option at this point if he doesn't want to end up like [executed former Romanian President Nicolae] Ceaucescu," Sleboda said.

None of Russia's other options are any good, as argued by the expert.

"A military intervention to restore order would only further decrease relations with the West to a potential war footing. It would also likely ruin international relations with other post-Soviet states in the CIS/CSTO/EAEU who would have even more reason to fear the loss of their own sovereignty from Russia," Sleboda said.

Doing nothing and betting on Moscow's economic leverage is also not an option since it is on the one hand "too risky" and on the other hand has proven of little force in the case of Ukraine, according to the expert.

The lesson of Ukraine has also shown to Moscow that even a small minority of people "passionate with ideological hatred" can seize control of a "whole passive population" under the right circumstances, and while the anti-Russian far-right nationalist segment in Belarus is not large, it still exists, Sleboda argued.

"The Kremlin cannot risk that the chaos of a street revolution toppling the Lukashenko regime will be hijacked by the West, allowing a pro-Western figure who will flip Belarus geopolitically, resulting in the country becoming a de facto NATO forward operating base pointed directly at the heart of Russia, like Ukraine," the expert said.

Neither is lending support to Lukashenko to suppress the popular uprising is a good option considering what Sleboda described as his "evident dearth of domestic support."

"The scenario of a weakened Lukashenko being more amenable to integration with Russia seems a fantasy already as it depends on Lukashenko actually being able to hold on. Further the last few years have proven to Moscow that Lukashenko cannot be trusted to stick to any Union State integration deals he might make under pressure," Sleboda said.