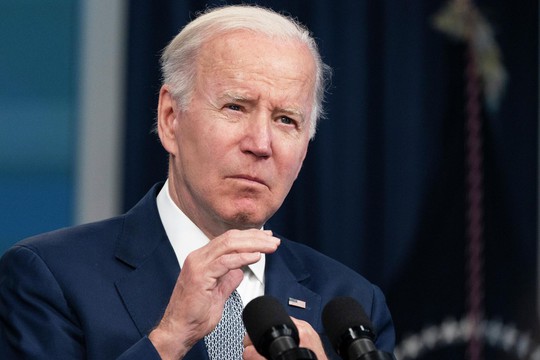 By the order of US President Biden the Disinformation Governance Board is being created in the United States within the structure of the US Department of Homeland Security. And it is “disinformation” but not just “information”.

In the United States this division has already been called the "Ministry of Truth" following the example of a similar organization from Orwell's famous novel "1984". Biden entrusted the leadership of this Council to Nina Yankowicz, a supporter of the Democratic Party, who has Ukrainian roots. She studied at the St. Petersburg Herzen Pedagogical University and worked extensively for American NGOs in Russia and Belarus.

Biden has special feelings for her because she is a well-known blogger on the Tik-Tok network and an active “defender” of the US Democratic Party politics. She, for example, claims that "taunting" of Vice President Kamala Harris is a "threat to US national security." Among the well-known statements of Nina Yankovic are the following: America needs a single candidate in the presidential elections, since the contradictions between the "left" and the "right"  "weaken the United States"; social networks need to be even more aggressive in censoring dissidents under the pretext of combating disinformation; adherents of “absolute freedom of speech” fills her with indignation. She has been actively involved in spreading the “Trump collusion with Russia” conspiracy theory, which in itself is pure disinformation.

The Ministry of Truth intends to test the possibility of editing texts on Twitter. This is most probably a reaction to the intention of well-known entrepreneur Elon Musk to acquire Twitter, who has already announced that he is ready to give freedom of speech to everyone, including former US President Trump, who was thrown out of this social network by the former owners of Twitter.

Therefore the creation of the “Ministry of Truth” looks like a preemptive response to Musk before the elections and an attempt by Democrats from the White House to prevent the return of freedom of speech to the social network.

Meanwhile Yankowicz's appointment, and the very idea of ​​creating a Disinformation Management Board, caused a sharply negative reaction in the Republican Party. They believe the Democrats are building this censorship stronghold before coming partial congressional elections. The goal is to secure Democratic  Party victory through heavy propagandistic advocacy in social media and censor anything  this division  will consider "disinformation", while in fact it will clean up social networks from the opinions of supporters of the Republican Party. Outraged Republicans are demanding the dismantling of this newly-born "Ministry of Truth", whose activities, quite obviously, violate the US Constitution. Florida Gov. Ron Di Santis promises that his state will refuse to comply with any of its decisions. Several other Republican governors agree with him, and this is further dividing the highly polarized American society. 20 US states are threatening Biden with lawsuits because of the unconstitutionality of the Disinformation Governance Board. Republicans in Congress are also preparing to launch a formal investigation against Yankowicz.