Biden nods to ‘compromise’ in Ukraine 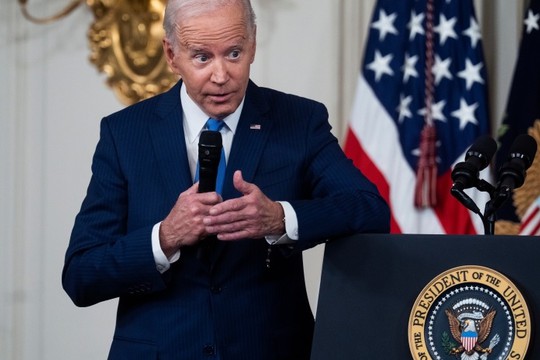 The midterm elections in the US witnessed razor-thin races as Senate and House control hangs in the balance. writes Indian Ambassador and international observer M. K. Bhadrakumar.

But that didn’t discourage President Biden from holding a press conference to stake claim: “Democrats had a strong night. And we lost fewer seats in the House of Representatives than any Democratic President’s first midterm election in the last 40 years. And we had the best midterms for governors since 1986”.

Notably, Biden has spoken twice about “compromise” (read ‘territorial concessions’) by Kiev, which is a major shift from the US stance that the Russian forces should get out of Ukraine. Biden concluded: “That’s — that’s what’s going to happen, whether or not. I don’t know what they’re going to do….but I do know one thing: We’re not going to tell them what they have to do.”

The backdrop is that the Democrats’ loss of control of the House of Representatives makes it difficult for them to freely promote the foreign policy line of the Biden administration, including assistance to Ukraine. Henceforth, Biden will have to negotiate decisions on Ukraine with the Republicans. This is one thing.

Second, the cascading economic crisis in Europe holds explosive potential for political turmoil, especially if there is another refugee flow from Ukraine in the harsh winter conditions, which is a real possibility.

The blowback from sanctions against Russia has lethally wounded Europe, and bluster aside, there is really no replacement for the inexpensive, reliable, abundant Russian energy supplies via pipelines. All this is becoming hugely consequential for western unity. The recent visit of German Chancellor Olaf Scholz to China shows that dissent is brewing.

The UK, Washington’s steadfast ally in Ukraine, also is under immense pressure to disengage and concentrate on the domestic crisis as the new government tackles a funding hole of the order of £50bn in the budget.

…It seems that all the leading Western countries have their own serious internal problems, and the ‘Ukrainian issue’ could go by the wayside for them. Maybe that's why Biden talked about a ‘compromise’.