Biden wants to buy all Africans’ sympathy for 55 bln. dollars 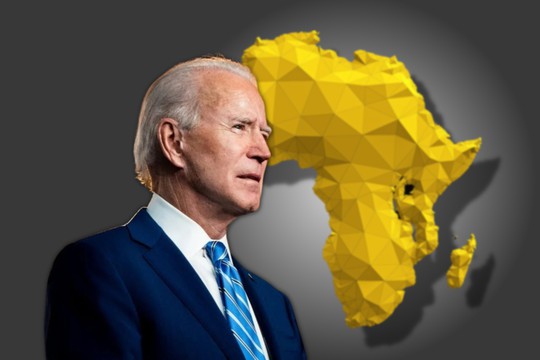 African leaders attend a White House summit this week. With more than 40 African leaders visiting Washington, and President Biden has a rare opportunity to court a group of nations that have been ambivalent about, and increasingly frustrated by, his global effort to rally support behind Ukraine and mount a unified front against Russia, - writes “The Washington Post”.

The African Union has condemned Russia’s military operation, but many nations on the continent have otherwise tried to remain neutral because they have long-standing ties with Russia as well as the United States and depend on aid from both, though the United States makes far greater investments. That has played out starkly at the United Nations, where many African countries have declined to vote in favor of U.S.-backed initiatives on Ukraine despite lobbying by the Biden administration.

Rallying a broad global coalition behind Ukraine ranks among Biden’s top foreign policy achievements, especially now that many European countries are bracing for a cold winter and face a disruption of Russian oil and gas supplies. But African countries have persistently been among the holdouts, arguing that they suffer the some of the worst effects of the conflict and see little benefit in angering Russia.

Biden’s courtship of African leaders also unfolds amid a sharpening struggle between the United States and China for influence on the continent. Ahead of this week’s summit, the White House announced Biden’s support for having the African Union join the Group of 20 major world economies, a major step long pushed by African leaders.

The White House also announced that the United States would commit $55 billion to Africa over the next three years in economic, health and security support.

“The challenge becomes when [the United States] is asking Africans to take specific sides," said Mvemba Dizolele, a senior fellow and director of the Africa program at the Center for Strategic and International Studies. “Africans are saying, ‘We believe there is another way to solve this problem. Global North, United States, Western Europe — sit down with your neighbors and try to bring this to a peaceful resolution.’”

Biden has spoken with South African President Cyril Ramaphosa in an effort to combat what the United States sees as misinformation on the continent about the war in Ukraine — including the notion that the food crisis is caused by Western sanctions on Russia — and to try to rally support for the U.S.-led effort. But South Africa, currently the only African nation that is a member of the G-20, remains among the countries that have not supported U.N. resolutions condemning Russia.

There is also a sense of resentment among many nations about the amount of money and resources going to Ukraine. The United States has so far committed more than $60 billion, and the administration has requested just under $40 billion in the most recent congressional budget deal, which is still being negotiated. Many Africans feel such resources and attention have never been devoted to their problems, whether the conflict in the Democratic Republic of Congo, the civil war in Ethiopia or warfare in the Central African Republic.

Ebenezer Obadare, an Africa scholar at the Council on Foreign Relations, said most African nations would have reflexively sided with the United States and its allies if Russia had launched its war in Ukraine a decade ago. But Moscow has stepped up its engagement with the continent, and today, he said, “many African leaders didn’t feel like they had to automatically line up with the West. There are alternatives there.”