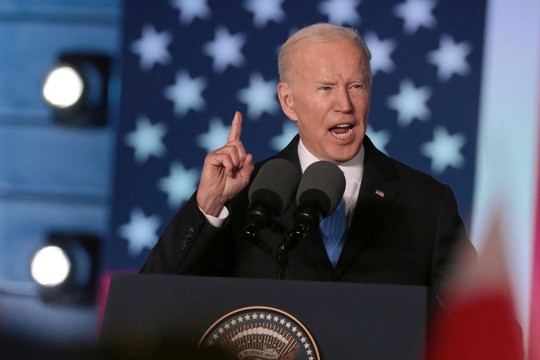 If Biden wanted to destroy America, he would act in exactly the same way, writes «The Federalist». It seems that he is determined to worsen the situation of the United States, Joy Pullman, the author of the article, notes. «What will happen to the country by the end of his term?» he asks in a article «If Biden Were Trying To Destroy America On Purpose, He’d Do Nothing Differently».

Many have watched Joe Biden’s feckless performance over the past 18 months and concluded he’s grossly incompetent, and so is the party that decided to put him in the White House, writes Pullman. Yet the incompetence rises to such a level that it prompts a question: If Biden were in fact actively attempting to destroy the United States, would he be governing much differently?

Further compound that foolish rush to expand rather than end a war that lacks significant U.S. strategic interests with the deliberate destruction of U.S. energy independence and prosperity. While telling Americans that he’s not at all choking U.S. energy production, Biden is in fact choking U.S. energy production. He blames these malevolent decisions on Vladimir Putin, while actually enabling Putin’s power by taking away American energy as an alternative to Russian energy on world markets.

Everything the Biden White House does seems designed to make everything in the nation worse, not better. Just look over at Biden’s economic policy, which consists of sitting astride a dangerously inflationary economy and insisting that what we need is hundreds of billions more in deficit spending. This dynamic includes policies not in the news, such as the reality that a weak Biden economy is increasingly twisting the Obamacare ratchet, forcing more and more middle-class people onto the crappy single-payer health “insurance” program that is Medicaid because they can’t afford government-inflated premiums.

The president of the United States is using federal agencies to harass his political opponents as “domestic terrorists” and ban their speech, and what is Republicans’ response? Some angry huffing and puffing on Twitter and TV! Unlike China’s ruling class, ours is completely unserious. Americans have reason to suspect there are no adults in the smoke-filled rooms of Washington DC, only cowards, hirelings, and traitors.

The last time we were in a similar situation, guess what we got? President Donald Trump. Do Republicans in Congress want Trump back?

Joy Pullman puts a question: One is tempted to wonder – after three more years of this kind of deliberate destruction of American strength, will there be an America left?