Biden’s honeymoon with Democrats is expiring 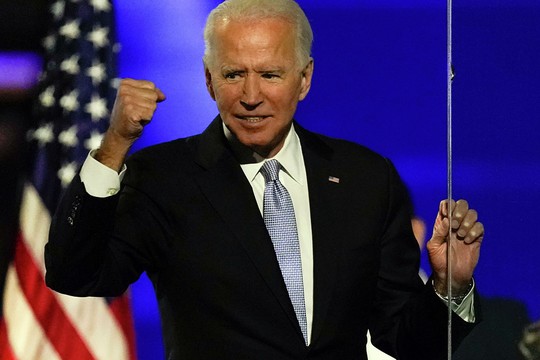 One cannot shake off the nagging suspicion that no sober-minded pragmatist or a died-in-the-wool misanthropist in the United States really expected the true blue America’s honeymoon with Joe Biden to last long enough.

Yet, when the first rupture of the credit line of trust offered to the US President, the embodiment of the new gerontocracy on the march, happened in just eight weeks after the inauguration, even the most blindfolded faithfuls among the Democrats felt uneasy.

Originally, a simple triplet of the US Administration’s decisions raised both eyebrows and hair of the frustrated citizens, unwillingly coming to realise the prospect of being left with the shambles of the great American dream.

First, the White House seems to have backed off on the election pledge by the incumbent president to raise the minimum wage. Although the moment is opportune due to the remarkable shift within the Republican ranks on this issue. The concept of putting up the wage floor was previously discarded by the Reps on the ground that it would trigger job losses, small-business collapse and, at average, higher prices for end-consumers.

Now, the Reds of the Reps warmed up to the idea of having federal minimum wage raised above the current level of $7.25 an hour, which is almost $4 less than the inflation-adjusted 1968 peak.

Under the current desperation depressing the job market marked with 10.1 million unemployed persons (well above pre-pandemic levels in February 2020 amounting to 3.5 percent and 5.7 million, respectively), financial relief package would have given a much-sought boost to the Democrats. However, it came to pass that the US government is considering, if ever, raising the wage floor not sourcing out of the promised $1.9 trillion aid package.

Quite disappointing, isn’t it? And tactically flawed given Bernie Sanders’ postulate of the need to build a more sensitive and caring government. Still, as it happens more often than not with post-election abandonment of soothing rhetoric, Joe Biden can refer to the lean years and the challenges of the covid-abnormalities, quoting Lynn Anderson’s jingle, “I Never Promised You A Rose Garden”, marking her 1970 big hit song.

Secondly, the U.S. border guards in the time span of one month, in February, rounded up and held in custody nearly 100,000 migrants infiltrating the porous U.S.-Mexico border. The authorities of the traditionally red-leaning Southern states were infuriated. The influx was a record-high for the month of February since 2006. Hardly surprising since potential immigrants took for granted Joe Biden’s apparent readiness to undo everything for what the Democrats bitingly vilified his predecessor. The word must have spread that Biden would rollback Trump’s Title 42 policy that allowed the federal authorities to expel migrants caught crossing through a simplified procedure.

Ironically, the surge in unwarranted illegals came on the heels of a scandalous admittance by Jen Psaki, the White House Press Secretary, who took to the stage to defend “detainment centers”, where Trump’s administration had placed children without a parent or legal guardian who crossed the border. Now, it was no longer Trump’s legacy but Biden’s “kids in cages” with the whole weight of moral responsibility shifted to the new boss on the block.

Thirdly, in his first more or less comprehensive interview broadcast the 46th US President replied “I do” when asked if he thought Vladimir Putin was a “killer” thus triggering off an unprecedented diplomatic crisis in bilateral relations. The Russian Ambassador to Washington was recalled to Moscow “for consultations” in a clear sign of bewilderment and displeasure.

Nevertheless, in a way, the Russian President smoothed out the awkwardness of the offensive labelling by referring to a Russian proverb similar to the English saying “I am rubber, you are glue. Bounces off me and sticks to you”, and offering well wishes of good health to his American counterpart.

Given the following triple fall by Joe Biden while he was climbing up the stairs to board Air Force One, Putin’s delicate reminder of the delicate frame of the Leader of the Free World nullified the toxic nature of the verbal blunder.

Biden’s appalling gaffe could be condescendingly dismissed as a sample of the arrogance of senile power. Yet, the personalized harshness of the statement has left a considerable number of decision-making politicians throughout the world worried whether it spells even more unpredictability of the US foreign policy than under Trump the Maverick.

At the end of February, the first month of Biden’s rule, almost three dozen House Democrats called on the US President to share the authority to push the nuclear button to avoid errors provoking the Third World War. The letter signed by concerned Democrats points out, “past presidents have threatened to attack other countries with nuclear weapons or exhibited behavior that causes other officials to express concerns about the president’s judgement.” Empowering “one person with this authority entails real risks”, it says.

However, it is not at all about “one person” but specifically Joe Biden whose physical and mental health has become an issue. Both nationally and globally. This is about the effectiveness of governance and national, or rather trans-national security.

In less than two months in office, some unapologetic Republicans (for the record: 74 million American citizens voted for Donald Trump to stay for the second term) put up signs in conspicuous places targeting their opponents: “You assholes voted Democrat.” Against the broadcast news picturing a senile President, this message keeps resonating.

Despite the ideological rigidity of the Democratic camp, disappointment at the limited functionality of the fragile President goes viral slowly but surely. Biden’s honeymoon with the anti-Trump America seems to be expiring.