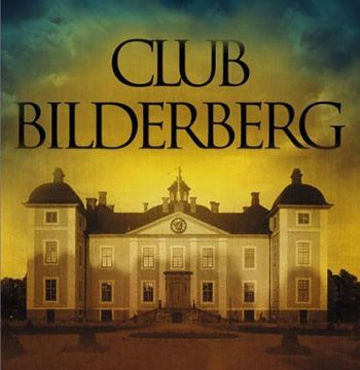 Multimillionaire and free mason David Rockefeller, one of the founders of the Bilderberg Club, used to be concerned over the revolutionary processes in Latin America “instigated by the Soviet Union”. He admitted in his inner circle that it was his serious mistake to underestimate the threat posed by F. Castro and his communist supporters.

As a result, Batista had to flee and for the rest of his life blamed his failure on the US, which denied him additional arms supplies, financial assistance, and propaganda support. Like many influential people in the US, Rockefeller was under an illusion that Castro was a representative of the formerly widespread brand of Cuban politicians – a demagogue that would be open to “deals” with the US.

Together with his brother Nelson, a renown Latin America expert and also a Bilderberg Group member, David did a lot to “repair” the situation. All sorts of methods – from military provocations to economic blockade – were in use during the Cold War. Overthrowing the socialist regime in Cuba by means of its economic isolation and the subsequent organization of a show trial of the Cuban leaders was a recurrent theme on the agenda of the Bilderberg Club`s secret conferences.

Almost half a century elapsed since the passing of the first resolutions that called the members of the secret world government to counter the communist regime in Cuba. The Bilderberg Group continues pursuing the policy, the result being that there are no signs of “reset” in the relations between Cuba and the US, as the latter still can`t depart from the practice of speaking the language of ultimatums to the defiant Havana. Why is that? There were expectations that Obama would subject the disastrous policy of G. Bush in Latin America to an overhaul.

The explanation is straightforward – Obama`s administration is staffed by members of the Bilderberg Group, whose mission was to ensure the continuity of the US politics originating from the epoch of neocons. Rahm Emanuel, regarded as a dedicated Zionist and a staunch ally in Israel, serves as the White House Chief of Staff. US Secretary of State H. Clinton, Vice President J. Biden, Secretary of Defense R. Gates, Secretary of the Treasury T. Geithner, Commerce Secretary B. Richardson, Secretary of Department of Health and Human Services T. Daschle etc. are Bilderberg Group members. The US administration is saturated with people whose loyalty to Israel, their historical homeland, outweighs their obligations to the US. Jews are markedly overrepresented in the US intelligence community – the CIA, the National Security Agency, the US Drug Enforcement Administration, etc. - making other CIA operatives cautiously complain that their “company” became a de facto branch of the Mossad.

The Zionist factor is to a large extent responsible for the hawkish character of the US policy in dealing with the populist regimes in Latin America. Presidents H. Chavez, R. Correa, E. Morales, and D. Ortega condemn the genocide against Palestinians perpetrated by Israel, the armed aggression against Lebanon, and the US-Israeli plan to “preemptively” attack Iran. Getting rid of Chavez – one of the Third World`s most capable leaders opposing the “new world order” - has been discussed frequently on the sidelines of the Bilderberg conferences.

Venezuela is facing pressure from all azimuths. Rightist regimes established themselves in Mexico, Panama, Costa-Rica, Peru, and Chili, and, under the US influence, the “socialists” in Salvador, Paraguay, and Uruguay increasingly tend to distance themselves from the “populists”. The first round of the presidential elections in Columbia showed that the moderate Antanas Mockus is likely to be defeated in the June runoff by the ultraconservative former defense minister Manuel Santos backed by Israel and the US.

Santos is the politician who will be used to counter Chavez, to destabilize Venezuela, and to overthrow the regime of H. Chavez, possibly via an armed conflict. Santos said he felt no remorse for ordering an attack on the guerrilla camp in Ecuador and would under certain circumstances make the same decision. The hint was not hard to pick up – Washington and Bogota routinely charge Venezuela with hosting FARC and ELN guerrillas, and Chavez said the success of Santos in the Columbian presidential race would mean a threat of war for Latin America.

Obama will obediently follow the Bilderberg Group`s recommendations. He said during a recent meeting with Mexican president F. Calderon that they were not separated by country borders. The “initiated” were to realize that Obama invoked the key objective for the Western Hemisphere countries set by the Bilderberg Group: to eliminate national borders and to create the American alliance initially comprising the US, Canada, and Mexico. Subsequently it is to absorb Central American countries and Columbia, the latter being the Bilderberg Group`s Trojan Horse meant to induce conflicts within the South American integration project.

The Chilean oligarchs will – as planned by the Bilderberg Group – do the same job in the southern part of the continent. This is why, despite his senior age, D. Rockefeller visited the Edwards family, an influential Chilean clan of Anglo-Saxon origin with a long history of cooperation with Great Britain and the US, in their Lake Ranko estate. The main Chilean masonic lodge commented that the Bilderberg Group was establishing a branch in Chile. Other members of the club of Chilean oligarchs are the Iris Fontbona clan, the Eliodoro Matte family, etc. The Que Pasa magazine published a list of 100 top influential Chileans, practically all of whom owe their fortunes to the Pinochet epoch. One of them is the current Chilean president and billionaire Sebastian Pinera nicknamed piranha for his grip on business and politics. Cooperating with the region`s pro-US elites and acting s directed by the Bilderberg Group, he is with increasing activity trying to instigate conflicts with the Latin American “populist leaders”.

The Bolivian government is another target of the rightist forces on the continent. From the Bilderberg Group`s standpoint, E. Morales generally has no right to be a ruler as a representative of a “historically doomed” nation that is to be cleared away to vacate space for the golden billion. Indians are not even supposed to get the role of a service nation - the Bilderberg Group would rather give the role to more controllable Japanese and Chinese, leaving to them a quota of 500 mln people.

It is already obvious that the Bilderberg Group started implementing the Bolivia project relying on the separatists from the country`s provinces with predominately white populations. The Bilderberg Group intends to put into practice the radical Malthusian doctrine of downsizing the world`s allegedly unsustainable population, and the Quechua or Aymara Indians fall into the category of peoples the shadow global government would prefer to get rid of.

Experts looking into the Bilderberg theme note that only a small part of the global governance agenda is circulated among the majority of the Bilderberg conference participants. The strategy of ascension to global control is exclusive knowledge limited to the elite of the Bilderberg Club numbering at most 30 people – the masonic hierarchy, bankers, military-industrial complex captains, several generals, former and current directors of intelligence services, and media tycoons. There are no secrets in the inner circle. The main topics discussed are the planning of missile attacks on defiant countries and the partition of the states putting obstacles in the way of globalist projects including the seizure of oil resources. The use of famine and pandemics as means against “overpopulation”, the assassinations of “populist” leaders, and the programs of controlled chaos and terror aimed at disciplining the masses in various countries not excluding the US and Europe are also frequently touched upon.

Keeping Iran high on their agenda, the operators of the Bilderberg Group are nevertheless gradually shifting their priorities towards Latin America. The US maintains a network of military bases in the region where its forces exercise under realistic scenarios on a regular basis. The population of Latin America is showered with propaganda demonizing Chavez and portraying his alleged expansionist plans. The idea is being floated that Chavez somehow hopes to resolve his problems with Columbia by military means, and that the US will come to the rescue of its ally in the case of need.

Recently J. Rangel, a well-informed Venezuelan journalist who formerly served as vice president, warned that the enemies of Venezuela are preparing a provocation in the form of a seizure of the US Embassy in Caracas. The incident will be blamed on Chavez and used as a pretext for direct US interference in the domestic affairs of Venezuela. The date will not be set by the White House or the Pentagon – the final decision is always up to the Bilderberg Group.