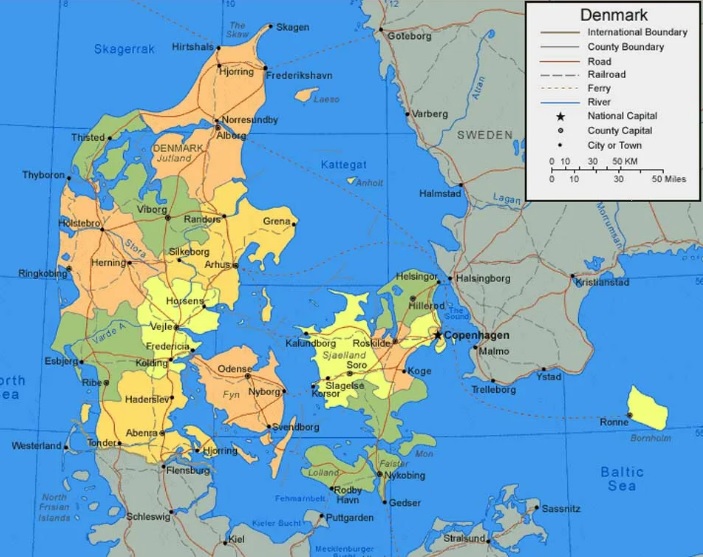 “The Danish Straits are a key conduit for Russian oil exports - the narrow waterway overlooked by Copenhagen that links the Baltic Sea to the North Sea and the open waters of the Atlantic Ocean. They matter now because they are a key conduit for Russian crude and refined oil products into global markets, making it a chokepoint for the Kremlin’s finances,” writes Bloomberg. The agency analyzes the situation in which the straits can be blocked for the passage of Russian ships with oil.

They say: The straits, at one point just 4 kilometers (2 ½ miles) wide, are at risk of being ensnared in a tussle between the US and Europe on one side and Russia on the other. In early December, new European Union rules will make it illegal to provide maritime services to anyone exporting Russian crude – even to third countries.

But the straits are a difficult passage: storms are common, the waters are shallow, the coast rocky, and submerged sandbanks often move with the currents, reducing draft unexpectedly. That’s why the Danish government, and the United Nations’ International Maritime Organization, strongly recommend – although don’t require – every vessel, particularly oil tankers, to hire a Danish pilot for the crossing.

In theory, the new rules could keep Danish pilots from boarding tankers full of Russian crude, perhaps preventing them from sailing into the high seas. In Washington, officials have quietly flagged that risk as a reason why third countries – say, China and India – should accept the G7 oil price cap on Russian oil, allowing them to continue using the pilots.

The reality is a bit more complicated.

Bloomberg asked the Danish Maritime Authority whether the EU sanctions will prohibit the provision of pilots to tankers full of Russian oil. In an emailed statement, it said: “Vessels enjoy the right of innocent passage through the Danish Straits, as defined by international law. Furthermore, Denmark is required to make pilots available to ships in innocent passage... Denmark cannot prevent oil tankers from passing from the Baltic Sea to the high seas.”

European and US officials are right to try to strangle Russian oil revenue. And Copenhagen may ultimately reconsider its position. But its current approach seems right. Using the pilotage service to try to institute a de facto blockade on Russian oil exports would be wrong — and dangerous.

Withdrawing the pilotage service in the dangerous waters of the straits is playing, ahem, Russian roulette. The last thing we need to add to the already high cost — in lives and property — of the Russian invasion of Ukraine is something like the Exxon Valdez catastrophe in the Baltic.