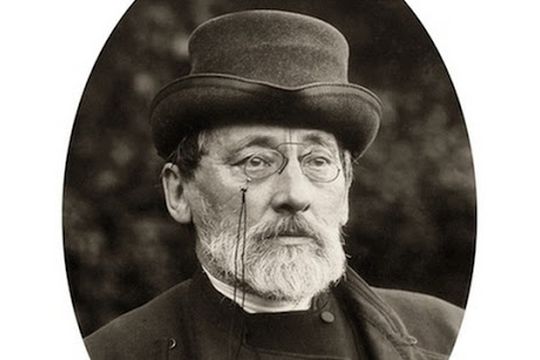 The biography and spiritual endeavors of this prominent Russian philosopher offer us a glimpse of a unique story of the life of a Russian thinker, contradictory and insightful, someone who did not gain glory in his time, but had a profound influence on the day and age he lived in. The literature and philosophy of the Silver Age are impossible to imagine without Leontyev's ideas and his influence. For Nikolay Berdyaev, Vladimir Solovyov, Vasily Rozanov, Leo Tolstoy and Ivan Turgenev - the towering figures of Russian thought and Russian feeling, Leontyev was someone to look up to. People described him as the Russian Nietzsche and the Russian Kierkegaard – someone whose reflections and ideas put him decades ahead of those whose names have gone down in the history of philosophical thought. And still, Konstantin Leontyev never enjoyed universal popularity during his lifetime.

“There are writers with an indefinably sad fate, unrecognized, incomprehensible, of no use to anyone and dying in spiritual loneliness, although in terms of talent, intelligence and originality they are heads and shoulders above the universally recognized figures. Such was Konstantin Leontyev, the biggest, the only foremost thinker from the conservative camp, and indeed one of the most brilliant and original minds in Russian literature," Nikolay Berdyaev wrote.

Following Leontyev’s death, Ivan Bunin, already in exile, was outraged by his contemporaries’ failure to appreciate the significance of this outstanding philosopher. Vasily Rozanov put it in a nutshell by saying that Leontyev was born “in the wrong corner of history."

Although in many people Konstantin Leontyev evoked interest, delight and respect, there still were those who hated him as a guardian of conservatism, a supporter of oppression and a sadist – only because of their miserable failure to appreciate the philosopher’s views and ideas. Oftentimes, Konstantin Leontyev was surrounded by ill-wishers, people who did not accept him.

"He was apparently looked upon by Russian society as a stranger, if only for his sharp and militant aestheticism," Berdyaev said.

Leontyev's life was one of twists and turns. As someone who could not tolerate anything ordinary, he kept searching and experimenting: he studied to become a medical doctor, served as a military surgeon in the Crimean War and later entered diplomatic service in the Middle East. He spent almost a decade holding consular positions in Turkey, Crete, in Tulcea on the Danube and in Salonika. During his stint in the Balkans he wrote a number of stories, which later came out as a collection of stories, titled “From the Life of Christians in Turkey.”

Konstantin Leontyev’s diverse, fascinating and thorny path in life deserves a separate study. The period of his life after 1871 was marked by a "turn" to religion, acute inner turmoil and strivings, giving up public service, taking monastic vows, living in Optina Hermitage and dying as a monk at the Trinity-St. Sergius monastery on November 24, 1891.

Life in a civilization

Konstantin Leontiev is known to many as a follower of Nikolay Danilevsky, whose theory of three stages of civilization development became an important part of his teaching. Leontyev believed that every civilization goes through three stages - primary simplicity, blossoming complexity and extinction, leading to death. He called the final stage “secondary mixing simplification.” The life of any civilization is limited in time and, according to Leontyev’s theory, the maximum age of a civilization is 1,000-1,200 years.

Almost half a century ahead of the ideas of Oswald Spengler, Konstantin Leontyev reflected about the crisis of European civilization, outlining his views in the article "Literacy and Populism,” which came out in 1870, while  the first part of Spengler's work was published only in 1918, and the second - in 1922. Leontyev wrote that all Europeans, all Western cultures had approached a terrible limit and were now heading towards organic decay and death with their "blooming complexity" now in the past, in the period of Renaissance. In Europe, everything has been ruined by the equalizing and disorganizing progress of democracy.

“All you can see there is German rationalism, pseudo-British freedom, French equality, Italian promiscuity or Spanish fanaticism now in the service of that very same promiscuity ... everywhere there are blind hopes for complete earthly equality! The blinding is fatalistic, incomprehensible everywhere! Everywhere there is scientific and unscientific belief in egalitarian and humane progress...”

According to Konstantin Leontyev, Russia is the successor of the "Byzantine civilization" and the bearer of Eastern Christianity (Orthodoxy). As for Russia, he noted that it has always developed as a “blossoming complexity,” as a state-civilization, held together by the Russian people, the Russian language, Russian culture, the Russian Orthodox Church and other traditional religions of Russia. The Russian state has always tried to bear in mind the ethnic and religious peculiarities of certain territories, combining diversity in unity. Christianity, Islam, Buddhism, Judaism and other religions are part and parcel of Russia’s identity and historical heritage in the everyday life of its citizens. Leontyev openly criticized the much-trumpeted democratic freedoms, warning that the ideas of liberal-humanistic progress would seal the fate of states, and describing the possible improvement of life "for all" as "a false product of the democratic destruction of old European societies." He warned Russia about the danger of adopting the all-destroying bourgeois-liberal doctrines of the "great" French Revolution and the "Enlightenment" ideal of man as "a fighter for all-estate equality, carnal freedom and the utopian idea of ​​universal human prosperity." To these ideas Leontyev opposed the traditional (Byzantium-style) dynastic monarchism as a stronghold of Orthodoxy and aestheticism of cultural national-traditional forms, which he saw as the only chance for independent development of Russia as a unique and strong state relying on its own experience.

“What Russia needs is internal strength, strong organization and discipline. If the new federal West is strong, then we will need this Discipline to protect our independence, our separateness against this onslaught. If the West falls into anarchy, we need discipline to help the West itself, in order to save what is worthy of salvation there, what made it great, the Church, the state, the remnants of poetry, perhaps even science itself! .. (Not tendentious, but harsh and sad). If these are all empty fears and the West comes to its senses and calmly returns (something unprecedented in history!) to the old hierarchy, to the same discipline, then we will need hierarchy and discipline again in order not to be worse, lower and weaker than the West. Fewer so-called rights, less of the imaginary good, that’s the point! Moreover, rights essentially give very little subjective benefit, that is, what is really pleasant. This is just a mirage!"

According to Leontyev, a complication of the elements making up human society requires special hierarchical integration. The autocratic principle of social life, i.e. "the principle of Byzantism,” presents a set of compulsory principles, which, from the standpoint of the state, are characterized as autocracy, in the religious sense - as genuine Byzantine Orthodox Christianity, and in the moral sense - as a departure from the ideas of attaining earthly wellbeing and happiness. The Byzantine principles also include inequality, hierarchy, strict discipline, humility and obedience. It is on these foundations that Konstantin Leontyev believes it would be possible to build lasting and "beautiful" forms of social life.

Konstantin Leontyev preferred monarchic rule to democratic forms of social organization. Democratic societies are less “beautiful,” less “complex” and “contradictory” compared with hierarchical societies. Now that democratic ideas are ruling supreme this notion could appear to many as unacceptable, but after the catastrophes and destruction caused by attempts to enforce an equalizing democracy on one and all, it looks like the philosopher was not far from the truth. The much-touted and promising ideas of democracy have failed when applied to the everyday life lived by ordinary people.

The almost two centuries separating us from the day the philosopher was born are a chasm a modern-day person will certainly find it hard to get across, but anticipating the future and warning people about the danger of losing the fundamental, traditional spiritual guidelines, Konstantin Leontyev left us the legacy of his writings so that even if we lose our way, we can always get back to the beaten path.