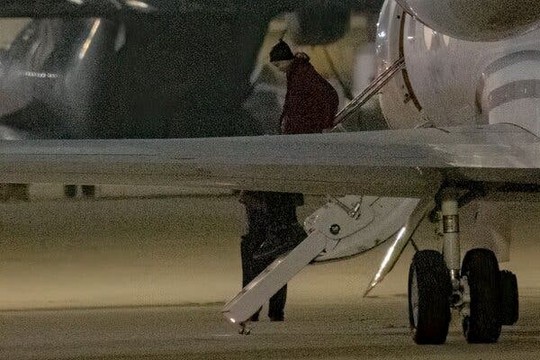 Past hostage exchanges have sparked criticism, but the response to Brittney Griner’s homecoming has been fueled by the politics of race, gender and sexual orientation, writes “The New York Times”.

Within hours of Ms. Griner’s release, much of the right wing was in full outrage mode, seizing upon both the man Ms. Griner had been exchanged for — Viktor Bout — and the Biden administration’s failure to secure the release as well, or instead, of a former Marine, Paul Whelan, who has languished in a Russian prison since his 2018 arrest on espionage charges.

A considerable amount of attention was also paid to who Ms. Griner is: a Black woman, a ‘celebrity’, a ‘married lesbian’ and, though it had gone largely unnoticed until now, an ‘assertive liberal’ — one who, at the height of the Black Lives Matter protests, called to stop playing the national anthem at her team’s basketball games.

Representative Kevin McCarthy of California, who hopes to be speaker in the Republican-controlled House next year, touched on that when he appeared on Fox News to condemn the “trumped-up charge” against Ms. Griner but to say that the exchange with Mr. Bout had “made us weaker.” He added, “It’s made Putin stronger, and it’s made Americans more vulnerable.”

But Ms. Griner’s case has gone beyond such calculations, into the fraught arenas of race, gender and sexual orientation, and at a time of make-no-concessions partisanship, when large swaths of the American public are steeped in the grievance politics and adversary demonization of Mr. Trump and his acolytes.

The American basketball star had been detained in Russia since February on charges of smuggling hashish oil into the country.

Ms. Griner’s politics have indeed come from the left. The liberal-leaning Black publication The Root named her one of ‘the most influential African Americans of 2020’ after she told The Arizona Republic at the height of the George Floyd protests, “I honestly feel we should not play the national anthem during our season.”

Ms. Gilbert said she had gotten a trickle of emails for months — many of them racist and homophobic — questioning why Ms. Griner should be released at all. On Friday, they became a torrent.