Boomerang of terror comes back to France 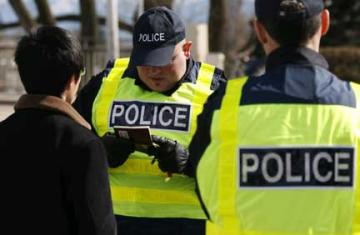 Life in France came to a standstill amid report of new threats. The country’s interior minister Brice Hortefeux has urged to raise terror alert level. The French national police director Frederic Pechenard confirmed that new threats were very likely and named public transport among the most probable objects for attacks. He added that assassinations of high-ranking officials could take place as well. Meanwhile, a terror alert level can be raised to the highest any moment, which will result in closed railways stations, underground and airports.

Five French nationals were kidnapped near a uranium mine in Niger on 16 September. They worked for the French state-owned nuclear power giant Areva and its subordinate company, Satom (Vinci group affiliate). Al-Qaida's North Africa branch claimed responsibility for the kidnap. In a statement released by the branch, the authorities of Mauritania, who had joined France in counter-terrorism campaign, are described as ‘Sarkozy`s agents’.

Such statements are usually followed by attacks. Unlike many other extremist groups, the Al-Qaeda Organization in the Islamic Maghreb is really a very influential organization, with numerous camps and developed infrastructure in North Africa, from Morocco to Egypt. It also has headquarters in Europe-not only in France but in neighboring Belgium, Spain and Italy. Jean-Charles Brisard, a prominent French expert on international terrorism, describes them as ‘one of the richest extremist groups in the world’. Since the beginning of 2010 they have earned about 20 million euros from ransom payments.

Until recently, the Al-Qaeda Organization in the Islamic Maghreb has been active mostly in Northern Africa. For example, a series of attacks in Algeria and Morocco in April 2007, and deadly blasts in Casablanca in May 2003 which took the lives of over 40 people. In July a branch of the Al-Qaeda Organization in the Islamic Maghreb operating in Niger, Mauritania and Mali, took a group of French citizens hostage and executed one of them in public on Mali territory. In response, the Mauritanian army backed by French advisors, launched a large-scale counter-terror campaign thus giving extremists another reason for threatening France.

The Arabic news network Al Jazeera showed extremists saying (without naming the exact name of their organization) that their people had managed to attack a uranium mine in the town of Arlit in Niger, kidnap five French nuclear experts and would soon address the French authorities to announce their demands.

The authorities of Niger believe that the French experts were kidnapped by the local Al-Qaeda branch. “We can say that a group behind the abduction is linked to Abu Zeid`s group that is submitted directly to Al-Qaida”, the government’s official spokesperson said.

Apart from support received from Mauritania, the Al-Qaeda Organization in the Islamic Maghreb blames France for anti-Islamic policies- including participation in NATO-led operations in Afghanistan and a parliamentary ban on wearing Muslim clothes in public.

However, a threat from international terrorism faced by Europe should be viewed wider as it is connected to double standards in the West, where terrorists are divided into ‘bad’ and ‘good’. Ahmed Zakayev, a source of inspiration for Chechen extremists, was granted political asylum in Great Britain, where some clandestine centers for recruiting new members into Chechen militant groups exist. Mr. Zakayev travelled to France freely; he visited a PACE session in Strasbourg where he was welcomed definitely not as a terrorist leader.

International terrorism sponges on drug trafficking. A center for training terrorists, one of the biggest in Europe, was set up in Travnik, in Bosnia and Herzegovina, quite near a NATO peacekeeping headquarters. Newly-trained militants were then transported to Russia (the fact that Bosnian Serbs are Slavs by birth was of help in that case). In recent years, the self-proclaimed republic of Kosovo has become Europe’s hotbed of international terrorism and ‘transshipment point’ for smuggled drugs and arms. Commanders of the coalition forces have admitted that some soldiers of the Kosovo Force (KFOR) were involved in illegal fuel trade, abuse of authority, and also evaded taxes. An investigation has been launched by the European Union’s mission in Pristina.

This all proves the following: the West and NATO are responsible for the growing terrorist threat in France and other countries of Europe.

There is also a delicate issue regarding the French approach to terrorism. Paris has always declared its intention to fight international terrorism. Ex-president Jacques Chirac even promised to carry out nuclear attacks on terrorist camps. But in fact, the French trace can be seen clearly in terrorism-related cases. French experts had done much to train Albanian militants in Kosovo. Paris would turn a blind eye on Chechen extremists operating actively in France. In March 2009 the Investigation Chamber of the Court of Appeal of Paris declined Russia’s request for extradition of Ahmed Lepiyev, 27, accused of participating in the 1998 attack in Dagestan. The court then took the side of Lepiyev`s lawyer, Anna Le Talek, who is widely known for having said that ‘not a single Chechen should be handed over to Moscow, regardless of the charges’.

In August of 2008, Nicolas Sarkozy joined the process of peaceful settlement in South Ossetia, trying to justify the Georgian leader Mikhail Saakashvili. But now that the French have got first-hand experience, they are aware that terrorism is international evil, be it the Al-Qaeda Organization in the Islamic Maghreb, Chechen separatists or Georgian power chauvinists.