Borrell confesses: ‘EU prosperity was based on China & Russia’ 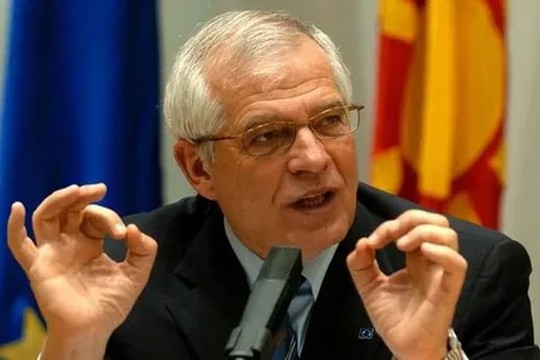 EU foreign-policy chief Josep Borrell (photo) confessed the West’s neoliberal economic model was “based on cheap energy coming from Russia,” “access to the big China market,” and low-paid Chinese workers. Europe has now lost that  and is thus in crisis.

The West’s economic prosperity following the end of the first cold war in 1991 was built on a neoliberal capitalist economic model that was only made possible due to the extraction of wealth from China and Russia, the European Union’s top foreign-policy official, Josep Borrell, has confessed.

“Our prosperity was based on China and Russia – energy and market,” Borrell said.

China provided the US and EU with a massive market, low-paid labor, and cheap consumer goods. And after the Soviet Union was overthrown, mass privatizations in Russia and steps at integrating it into the West helped Europe secure huge amounts of inexpensive energy.

But the significant rise in workers’ living standards in China, as well as the proxy war in Ukraine and the EU’s corresponding pledge to boycott Russian gas and oil, have greatly increased the cost of living and doing business in Europe, making its products uncompetitive in global markets.

This has plunged the trans-Atlantic capitalist system into a deep crisis, motivating the neoliberal West to wage a new cold war on Beijing and Moscow in hopes of reasserting control over China’s market and labor and Russia’s natural resources.

Borrell’s remarks were reminiscent of comments made in August by French President Emmanuel Macron, warning of the end of a neoliberal “era of abundance,” - reminds Ben Norton.

By imposing devastating sanctions on Moscow over the proxy war in Ukraine, and by pledging to boycott Russian energy, Europe has lost its larger supplier of gas and oil.

The EU is now looking for new sources of energy, and is importing much more expensive liquified natural gas (LNG) from the United States, which has caused electricity bills to skyrocket for European citizens and businesses.

The EU foreign-policy chief likewise acknowledged that, while Europe is no longer dependent on Russian energy, it is becoming dependent on US liquified natural gas exports.

On the other hand, Europe’s security policy was based on the United States and NATO.

But the US is not a reliable security partner, - Borrell acknowledged. At the current moment, the US and EU are closer than ever, he said. However, that alliance is not ironclad, and it could shift in the near future.

Borrell also conceded that the EU’s security problems are not just external. Internally, Europe is facing a threat from the “radical right.”

“There is a radical shift, and the radical right is increasing in our democracies, democratically,” he said. Instead of trying to blame this on a foreign bogeyman, Borrell admitted that this far-right shift “is not an imposition from any power.”