«Bread wars», or propaganda war from the West? 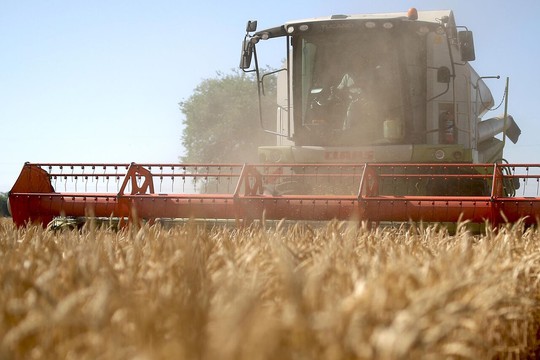 Italy’s Prime Minister Di Maio, speaking in the aftermath of a meeting of G7 agriculture ministers, said the world “is risking a global bread war”. Germany’s Foreign Minister Annalena Baerbock has made it clear that “because of the situation in Ukraine the world may face a global famine”. European leaders have accused Russia, and then India, of creating the conditions for such a prospect.

G7 leaders believe that restrictions on grain exports or closing the market for the export of grain will aggravate the global food crisis. However, by making statements of this kind the western countries are trying to put the blame for the food crisis on those nations that have challenged the “collective West”. Russia and India are currently under a huge political, economic and information pressure from the USA and Western Europe. This is largely due to the fact that the West is in for a major financial and economic crunch accompanied by the severing of supply chains, including transportation of food. But the West has chosen to blame other for this.

Western politicians are deliberately misleading public opinion, taking it away from an insight into the reasons for what is happening. This year the world will experience food shortages, but the blame for this does not lie with Russia’s or India’s actions, but in the fact that because of climatic conditions crops have been dwindling nearly all over the world. Bloomberg has published an unbiased overview of what has been happening worldwide concluding that a reduction in crops may take place practically everywhere – from Canada to China, from the USA to France.

The West produces hundreds of millions of tons of grain, which could go to global markets. However, it won’t mention it, for political considerations. Moreover, it would rather “hold back” the grain export, in order to cause a global “Holodomor”. Not long ago, UN Secretary-General Antonio Guterres said in an interview that he has data testifying to the fact that “the crisis may send up to 1.7 billion out of 7 billion people living on the Earth into poverty and hunger of a scale that the world has not seen for several decades”. For propaganda purposes, the West intends to put the blame for this crisis on its opponents – first of all, on Russia, and now on India as well, which declined to join the western sanctions against Moscow and is pursuing an independent foreign policy.

«Bloomberg» says “the dry and warm weather in the EU is creating a huge problem for the world’s major grain exporter”; that the drought which hit the US central plains “made some producers write off the dried up winter crops”; that the drought is “causing concern in the southern part of Canada’s Alberta, where they cultivate spring crops and solid types of wheat”; that China “is concerned about local winter wheat crops”…And so on and so forth – problems are now everywhere.

Significantly, when the western press writes about “the 25 million tons of grain” blocked in Ukraine as the reason for an oncoming “global famine”, it hushes up on the fact that Americans and Chinese grow on average about 400 million tons each at home, and that the EU produces nearly 300 million tons annually. This means that grain is available in large quantities, even in the current climate, and  more so, there is enough grain in grain depositaries to feed the world.