Brexit: any light at the end of the tunnel? 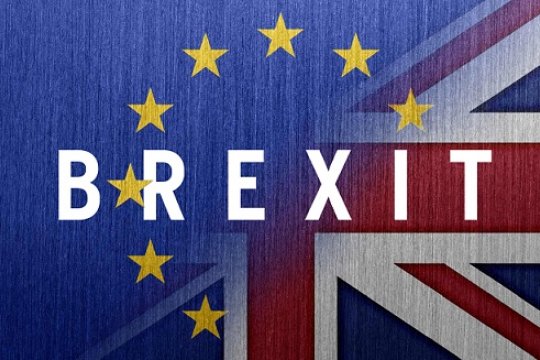 Adding a new twist to the divisive issue of the timetable and terms of Britain’s withdrawal from the European Union, UK Prime Minister Theresa May has asked the EU to postpone Brexit until June 30, 2019, the BBC reported.

In a letter to the EU leadership, May said that the proposed delay would give the British parliament more time to agree a Brexit deal to prevent Britain from crashing out of the bloc. She added that London would try to leave the EU before the May 23 elections to the European Parliament.

The situation has thus become absolutely confusing. In an effort to break the current logjam, Theresa May recently engaged in unprecedented direct talks with the opposition Labor Party. Meanwhile, the European Union has reiterated its refusal to make any further concessions to London by making it clear that it would only agree to postpone Brexit until May 22 (which is currently being considered in London as a compromise option) if the British House of Commons approved earlier rejected withdrawal options put forward by Theresa May, before April 12. If not, the UK would have to leave the European Union on that very day without any agreement.

According to The Guardian, the discussions Theresa May had on the subject with Labor Party leader Jeremy Corbyn on April 3, centered on thrashing out an alternative Brexit plan May was to present to the leaders of the EU member countries during the April 10 summit.

The May-Corbin parley was preceded by a Cabinet meeting on April 2 and a televised address to the nation, which May made later that same day, saying she was ready to cooperate with Labor and essentially opted for a softer version of Brexit, which, among other things, would keep Britain in the EU Customs Union and in the common trading area (the so-called “Single Market 2.0”).

Teresa May promised that if the talks with the Labor Party did not work out,  she would implement the legislators’ will and act as they decided. [3]

Commenting on the outcome of the Cabinet meeting, May said that even though the UK is ready to leave the European Union without a prior agreement, an orderly Brexit based on a treaty would better meet the country's interests.

“This is a decisive moment in the history of these islands, and it needs national unity to deliver the national interest," she reiterated.  [4]

Theresa May is working hard to avoid Britain’s participation in the May 23-26 elections to the European Parliament. According to EU legislation, each member of the bloc must be represented in parliament, and, as confirmed by European Commission President Jean-Claude Juncker, if the United Kingdom does not leave by the end of May, it will be obliged to take part in the European elections. [5]

Still, no matter how strongly the British government may hope, London will be preparing for the May vote in the event of an emergency, Bloomberg reported, citing its own sources. [6]

Theresa May’s readiness to make concessions despite her previous promise to step down as a condition for approving a previously agreed deal with the EU is dictated by a clear realization of the hard fact that there is virtually no other politician in the UK ready to take responsibility for finding a generally agreed way out of the current impasse, if, of course, this is possible at all. Meanwhile, it looks like no one in London has any desire to “rake the rubble” of this controversial and risky project. That being said, however, all parties have their own opinion on this subject and influence it each in its own way.

With the situation unfolding as it is, the opposition clearly felt it could score additional points and extract new concessions from the prime minister. In an official statement, the Labor Party stated that during the negotiations the parties had “agreed a program of work between our teams to explore the scope for agreement."  [7]

However, in an interview with Sky News, Jeremy Corbin said that although during their meeting he and Teresa May had presented their own positions on Brexit, a series of additional meetings would be required to coordinate these positions.

Mr. Corbyn described the meeting as "useful but inconclusive," adding that "there has not been as much change as I expected."

Jeremy Corbin also said that he outlined the party’s position on the possibility of holding a second public vote on Brexit in order to prevent a “no deal” withdrawal from the EU, which would have dire consequences for the country’s economy. He added that Prime Minister May was seeking Labor’s support for the government’s draft agreement pertaining to the terms of Brexit as well as for the political declaration attached to it. [8]

Meanwhile, Theresa May has been faced with increasingly strong criticism from hard-line Tory Brexeteers for softening her initial position.

"It is very disappointing that the cabinet has decided to entrust the final handling of Brexit to Jeremy Corbyn and the Labour Party. It now seems all too likely that British trade policy and key law making powers will be handed over to Brussels - with no say for the UK,” tweeted former Foreign Secretary Boris Johnson.

“I think the result will most certainly be that Corbyn has his way and we remain in the Customs Union, so that we can’t control our trade policy,” he insisted. [9]

Essentially, Theresa May “has once again drawn a line between the agreement on withdrawal and the political declaration on the UK’s future relations with the EU,” the head of Europe Insight research company Andrei Kulikov noted. He believes that if the sides manage to agree on something, it “will be written down only in the declaration. Therefore, exactly how this will help enlist the support of those who reject the agreement itself is hard to tell.”

“If May keeps piling pressure on Corbyn to support her deal, then they will hardly be able to reach agreement. Parliament will then most likely demand a longer delay and the government will have to go along,” he continued. If the prime minister comes up with a new proposal, for example, one of the alternative plans, then perhaps the Labor Party’s leader will be satisfied, Kulikov observed.

“There will be a lot of political horse-trading, and chances are that the sides will eventually come to terms as they have shared interests, including in avoiding early elections,” he noted. [10]

The EU leadership, wary of the negative financial and economic impact of the continuing uncertainty about the principles and timing of Brexit, has taken a particularly hard stand on the issue, with European Commission President Jean-Claude Juncker insisting that a postponement until May 22 is possible only if Britain’s House of Commons endorses Theresa May’s previously rejected Brexit plan before April 12. The Guardian warns that many European leaders fear that London will not be able to clinch a consensus by that deadline, resulting in a “chaotic” Brexit happening right ahead of the upcoming elections to the European Parliament.

According to the newspaper, any compromise with Jeremy Corbyn is fraught with Theresa May abandoning some of her “red lines,” including Britain’s participation in the EU Customs Union, which is just contrary to what the Conservatives promised.

Commenting on Theresa May’s position, EU Council President Donald Tusk stresses the point that now is too early to judge whether her plan to reach a compromise on Brexit will succeed. Danish Prime Minister Lars Lokke Rasmussen said that the EU could agree to postpone Brexit only if the UK parties found a realistic way out of the European Union. He added, however, that it this would be “hard to believe." [11]

The financial and economic implications of Brexit – all the more so of a “hard” one without any real transitional period and agreed mechanisms – are probably the key factor explaining the actions of all the main participants in this process - including of the United States. President Donald Trump initially supported Brexit and during his meetings with Teresa May he, in keeping with his own business mentality, invariably tried to prod her towards making quick and radical steps. Britain’s exit from the EU without keeping in place existing mechanisms of trade and customs interaction would effectively undermine the country’s position in world trade and push it towards signing a bilateral trade deal with the US from a position of a weaker partner. Simultaneously, the political and economic weakening of the EU resulting from Brexit, would similarly benefit President Trump and his associates in the White House and on Wall Street.

In an interview with The Financial Times, Mark Mobius, formerly the  managing director of Templeton Asset Management, said that the UK increasingly resembles an “emerging market” and risks a currency crash should it leave the EU without a deal next month. According to Mobius, if British politicians fail to prevent an abrupt exit from the EU, the pound would tumble to parity against the dollar and Britain’s credit rating would be cut.  Sterling tumbled more than 10 percent immediately after the 2016 poll and has since traded at an average of about $1.30 against the US dollar, Mobius noted, warning that emerging markets may suffer from a "hard Brexit" as well. [12]

It should also be borne in mind that the crisis around Brexit is unfolding against the backcloth of yet another negative factor for the European and world economy, namely the inability of the United States and China to clinch a trade deal. The document was expected to be inked during President Trump’s meeting with his Chinese counterpart, Xi Jinping, in late March. US-Chinese differences linger on though, and Washington now expects bilateral trade talks to be pushed back to summer. Sources say that China is in a better position and is not going to give in and although it really wants a good deal with the US, it still knows that Donald Trump may be needing it even more. [13]

The existing situation gives a reason to expect further consultations between London and Brussels to try to avoid a “hard” Brexit and, at the same time, resist US pressure on the negotiating sides (above all Britain) to fast-track the Brexit process. Now it all depends on the EU’s response.