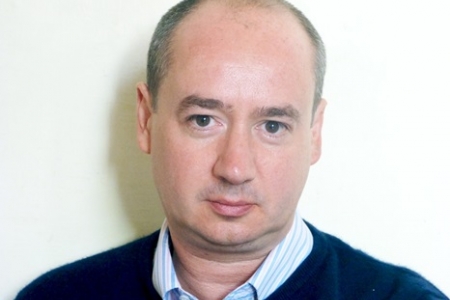 Certainly Britain is entering a new phase of its historical development after Brexit. London has to shift its relations with the outer world and to come forward as an independent player from the EU. Institute of Commonwealth Studies Director, Professor Phillip Murphy was interviewed by «International Affairs» journal about perspectives of the UK’s foreign policy.

«International Affairs»: Mr Philip,there was a time when Great Britain was a global super power. In 1973 the UK became regional power. What future do you see for the UK after Brexit?

Philip Murphy:There is still no real sign of a clear strategy or vision from the UK government for Britain’s place in the world following Brexit. The immediate priority will be to try and obtain as many as possible of the existing benefits the country obtains from its current membership of the EU. But there are so many variables which could influence how the exit negotiations roll out that the government is reluctant to state even what its concrete objectives are at this stage. The government and the Conservative parliamentary party is also split between what one might call the ‘reluctant Brexiters’ who see access to European markets as a priority, and enthusiastic supporters of Brexit who believe that Britain could forge a new global trading identity, championing free trade around the world.

Philip Murphy:I see very little likelihood of this happening before article 50 is triggered. Legal challenges to Brexit demanding a greater say for Parliament may slow down the process. But the leadership of Labour, the UK’s main opposition party, will be very cautious about appearing to do anything that might challenge the outcome of the EU referendum, for fear of alienating many of its working-class supporters. Labour may become more confident about challenging the government over Europe if – as seems likely - the UK economy suffers badly from the consequences of Brexit over the next few years and public opinion turns against the Conservatives. By that stage, however, it will be difficult to put the disengagement process into reverse.

Philip Murphy:My sense is that it will have no real impact on British engagement with the Commonwealth as an organisation. For decades, the UK government has struggled with the dilemma as to how the Commonwealth might be used as an instrument of British policy, and has never come up with any really workable solutions. I don’t see anything changing post-Brexit. The Commonwealth is no longer a trading block. It also doesn’t map very closely onto those areas of the extra-European world which offer the greatest trading opportunities for the UK. For example, the notion that there are booming economies in sub-Saharan Africa is largely an illusion created by temporary rises in commodity prices. It still remains a very difficult area in which to do business. India is a more promising market although it remains a difficult one to break into, and the idea of some sort of ‘Commonwealth bond’ between Britain and India carries little weight among the Indian political and business elites. Indeed, for many of them it is synonymous with British Imperial nostalgia. On recent high-level visits to India, UK politicians have barely mentioned the Commonwealth in their speeches, probably for fear of antagonising their hosts. So I see continued British engagement with the Commonwealth as being more about rhetoric than reality.

«International Affairs»:What future do you see for the UK-US "special relations" after Trump's win in the US presidential election? What do the UK political elites expect from Trump’s administration?

Philip Murphy:While there will be widespread apprehension in Whitehall, just as there was when George W Bush won the Presidential election in 2000, the reaction is likely to be the same: to make every effort to build up a close relationship with the new administration. A sign of the urgency came shortly after Trump emerged as victor, when Downing Street confirmed that it was considering inviting him to undertake a state visit to the UK as early as next summer. Obama had to wait 2 years before undertaking such a visit. Concerns in Whitehall will focus on Trump’s attitude to NATO, and the UK will no doubt seek to use its influence to persuade him of the continued importance of the Alliance. There will also be worries about the protectionist aspects of Trump’s pre-election rhetoric at a time when the UK is urgently exploring the feasibility of establishing new trade deals.

«International Affairs»:UK and China actively discuss the opportunities for economic and trade relations. Could Brexit mean a new UK-China relationship? Does it have any impact on UK-US relations in the context of the current tensions between US and China?

Philip Murphy:Certainly under the previous British Chancellor of the Exchequer, George Osborne (who left office following the EU referendum) there was a major concentration on making the UK one of China’s major trading partners. China is widely seen by major UK-based firms as a far easier place to do business than, say, India. In the course of this push for closer relations with China, the UK was prepared at times to ignore US pressure. In 2015, for example, it announced that Britain would become a founder member of the Chinese-led Asian Infrastructure Investment Bank, despite US objections. While the advent of a Trump presidency, with an even more confrontational attitude towards China, will be a complication for the UK, the anticipated benefits of a closer trading relationship with China may well continue to override pressure from the US.

«International Affairs»:  Mr Philip,thank you very much for the interesting conversation!