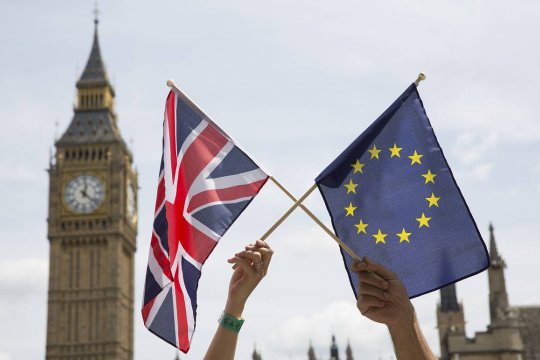 Negotiations between London and Brussels on future relations have already been extended beyond all agreed deadlines.

The European Union usually keeps negotiating to the very end - until 23.59, when the clock strikes midnight and the “carriage turns into a pumpkin.” Brussels wants a deal, just as the diehard Brexiteer Boris Johnson does, despite his repeated claims that Britain can leave the bloc without a deal. Meanwhile, both sides are now bracing up for a no-deal scenario.

However, the main sticking point is that the Brexiteers campaigned for “taking back control of our borders” (and this is Northern Ireland and fishing in territorial waters), laws (the EU Court as a dispute resolution mechanism – something London can’t agree to), and finance (EU funding).

The two sides are deadlocked over three key issues.

First, it is regulation of fishing rights. EU fishermen regularly fish in British waters, and even though fishing is a relatively small portion of the UK’s economy, accounting for a mere 0.1 percent of the country’s GDP, the deal could founder on this issue since the United Kingdom withdrew from the European Union in order to "regain control of its borders, laws and money." Therefore, control over its waters is a matter of principle for London. Paris strongly objects, because this would leave 40,000 French fishermen without work, although fishing industry representatives are asking President Macron  to make concessions, otherwise, in the event of a no deal they will be left high and dry.

However, British fishermen take 80 percent of their catch to France to be sold on the EU market, and Brussels says it will close its market to British fish. Thus, economic interests run counter to the political principles that the UK cannot forsake – at least as of December 11.

Second, it is the rules of fair competition (level playing field) and trade regulation, including product standards, environmental requirements and government subsidies. If the UK continues to stick to the competition rules adopted in the EU (meaning that it will not "regain control over its laws"), then why did it decide to exit the bloc at all? Indeed, while no longer a member of the EU governing bodies, not participating in its decision-making process and unable to advance its interests, Britain still has to take orders from Brussels. The EU will adopt new regulations, and laws on both sides of the English Channel will inevitably diverge over time.

The third stumbling block concerns the new dispute resolution mechanism.  Brussels insists on the use of EU jurisdiction. The UK naturally disagrees.

We have already discussed the Internal Market Bill, which is a major irritant for Brussels, as it violates the Northern Ireland protocol – a crucial part of the draft Withdrawal Agreement signed by the UK and EU in October 2019. Apparently, the bill was just a trick played by Boris Johnson to extract concessions from Brussels. Johnson later recalled the bill’s international lawbreaking clauses, stating that they had played their role.

As for the EU-UK relations after the change of guard in the United States, here Prime Minister Johnson may find himself is a real fix. President Barack Obama once promised to "put Britain at the back of the queue" for trade talks with the United States if the United Kingdom leaves the EU. His successor, Donald Trump, has encouraged Brexit, even a no-deal one. Now it looks like for London things have changed again, since the Irish American lobby is very influential in the Democratic Party and in the US Congress, and Joe Biden has Irish roots himself. Therefore, when Biden takes office, Washington will insist that London abide by the terms of the 1998 Belfast Peace Agreement between Catholics and Protestants in Northern Ireland, that is, the Northern Ireland Protocol, as part of the EU Agreement. The Democratic Party and Joe Biden have repeatedly spoken out in favor of Britain clinching a full-blown deal with Brussels, not just a formal one.

There are voices coming from both sides of the English Channel against any concessions being made, while equally loud voices coming from the same parts call for a compromise. London and Brussels are both sensitive to the political situation back home. That said, the two are reportedly ready to “stop the clock" and “go the extra mile,” in an attempt to reach a deal. There is also talk about the possibility of a "temporary application" of the Agreement, signed in October 2019, now in the coming year.

Political logic is driving both sides into a dead end.