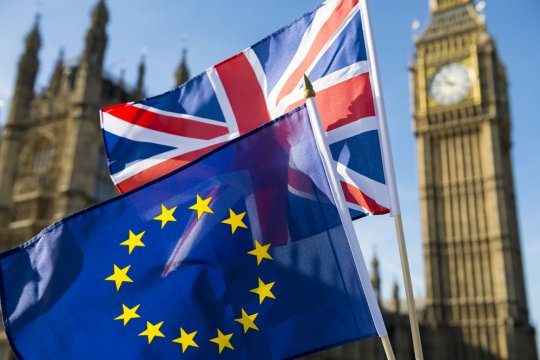 With the negotiations on the terms of the United Kingdom’s withdrawal from the EU on the home run now, a legally-bound Brexit is slated for March 29, 2019. By this date, a pertinent agreement must have been ratified by both the British parliament and those of all 27 EU countries. Thus, it should be agreed at the November or, at most, the December EU summit (December 17-18).

During the EU summit in October, its participants felt that not enough progress had been made in the talks even to discuss the final agreement in November. If no deal has been agreed by December, Britain will leave the EU without an agreement and  will have to switch to WTO rules, it has problems to adjust to [1].

British Prime Minster Theresa May expects to wrap up the talks by the November summit, but her government needs an agreement that could win parliamentary approval. Meanwhile, tensions between “Bremainers” (supporters of the UK’s continued stay in the EU, or at least of a “soft” Brexit) and Brexiteers (including proponents of a “hard” Brexit) are heating up. The latter fear that the Chequers plan, hatched up by Theresa May [2], a compromise EU withdrawal roadmap, would emasculate the very meaning of the UK’s divorce with the EU and become a Brexit in name only.

One lingering problem that remains unresolved is the status of the Irish border [3].  Theresa May heads a minority government, which depends on the support of a faction of 10 MPs from the Democratic Unionist Party of Northern Ireland (DUP), who represent the interests of the local Protestant community and demand that all of the country’s regions enjoy the same status. Therefore, London can’t concede to Brussels’ requirement for Northern Ireland to remain in the customs union and the single EU market (by having the customs border running across the Irish Sea). However, in the event of a "hard" Brexit where the entire territory of the United Kingdom is outside the EU and the Irish border is essentially closed, this would be detrimental to business and, most importantly, would rekindle unrest and terrorist activity in the United Kingdom. This would effectively unravel the 1998 Belfast Agreement, which established an open border between Ireland and Northern Ireland thus ensuring a fragile peace between the region’s Catholics and  Protestants.

Even though in 1912 the Tories adopted the official name of the Conservative and Unionist Party, it looks like the Brexiteers are ready to sacrifice unionism by insisting on walking out from the EU customs union and the single market. It also seems that they could agree to the border running across the Irish Sea (while the DUP  fears a “creeping annexation” of Northern Ireland by the Republic of Ireland) or to a “hard” border between them in violation of the Belfast Agreement, which is something the European Union will not go for. The Brexiteers insist on restoring Britain’s full parliamentary sovereignty and withdrawing from the jurisdiction of the EU Court of Justice with the possibility of signing trade agreements with third countries.

The Bremainers are equally unhappy with Theresa May’s Chequers plan. They believe that Britain will have to comply with all EU regulations without having a voice in collective decision-making, let alone other problems, such as freedom of movement of people, etc. Hence their demand for a second referendum on a deal with the EU, including the issue of Britain’s membership in the bloc, in a bid to reverse the results of the 2016 Brexit vote. Former Prime Minister Tony Blair, who sallied his reputation during the war in Iraq, has reasonably noted that holding the 2016 referendum before determining the exit conditions [4] was illogical, and called for a revote. His opinion is shared by ex-Premier John Major (Conservative) and  Deputy Prime Ministers Michael Heseltine (Conservative) and Nicholas Clegg (Liberal Democrat). They are joined by some members of Britain’s business community in their demand for a second referendum on the final deal with the EU (“Popular Vote,” People’s Vote).

An estimated 700 million people from across the UK rallied in London on October 20 calling for a second Brexit referendum in a major demonstration with the cost of their transportation to the capital paid for by many celebrities from the world of politics, business, sports and the arts.

Meanwhile, the idea of a revote is facing strong opposition from Prime Minister Theresa May who has to maneuver her way both at home and abroad in an effort to hold on to her job. Tory Brexiteers planned to hold a vote of no confidence in May as party leader and prime minister, but eventually backed off for fear of failing to get the support of a majority of Conservative MPs in parliament. Realizing this, they chose a tactic of obstructing her moves on the parliamentary floor.

Government-proposed bills relating to Brexit were tabled ahead of the summer recession with a margin of only a handful of votes (including by some Labour MPs). Teresa May still managed to hold on to her post of party leader and prime minister by clinching a compromise deal with the Bremainers and making concessions to the Brexiteers, warning both that her resignation would bring to power Labour leader Jeremy Corbyn and pave the way for early parliamentary elections.

On November 8, DUP leader Arlene Foster warned that her party would not support a deal with the EU if it meant a special status for Northern Ireland [5], disguised as the EU customs union covering Northern Ireland, while the rest of the UK would end up in a kind of a customs union [6]. Foster was responding to a letter she had received from Theresa May, which contained a hint of such a proposal, if no deal on the Irish border is reached during the transitional period until December 20, 2020. However, this interpretation was flatly refuted by Downing Street 10.

On November 9, Deputy Transport Minister Jo Johnson, the brother of Boris Johnson, and, unlike him, a Bremainer, became to 18th member of Theresa May’s Cabinet to resign over his opposition to the prime minister’s Chequers plan, which he called a “travesty” of Brexit. In a highly-charged resignation statement, he called for a second referendum.

“Putting the nation before a choice between two deeply unpleasant exits — vassal dependence or chaos — is a failure of British government, unprecedented in scale since the times of the Suez crisis,” Johnson said [7].

On November 10, media reported a meeting between the opposition leader Jeremy Corbyn and MI6 head Alex Younger at the intelligence agency’ Vauxhall headquarters, where Corbyn was briefed on threats to national security. Observers view the meeting as a sign of impending early elections.

During the Labor Party’s annual conference in September, Jeremy Corbyn said that no option should be ruled out. However, on November 9, he rejected the possibility of a second referendum insisting that the government return to the negotiating table or resign – a clear pitch for snap elections.

On November 11, it became known that Brussels rejected May’s key proposal for an  “independent mechanism” for Britain’s withdrawal from the temporary customs agreement with the EU in the event of a negotiations failure during the transition period (in fact, on the issue of the Irish border). London’s proposal was aimed at preventing Britain from remaining in the customs union for an indefinite period and withdrawing from it only in agreement with the European Union: that is, “always obey the rules of Brussels” [8], with no right to any role in EU decision-making. Brussels, meanwhile, insists on the jurisdiction of the EU Court.

Moreover, the EU countries earlier said they wanted to examine the final version of the agreement prior to its publication and ahead of the EU summit [9]. They fear that Britain could gain a competitive advantage if the European Commission caves in to London on the issue of a customs union to cover the entire territory of the country without any British commitment to comply with EU standards for labor, environmental and social relations and an obligation to open its seas to EU fishing fleets.

However, with the main sticking point hardly possible to resolve, both sides are preparing for a no-deal Brexit. Any version of the agreement will hardly sit well with Britain though. As evident from the high-profile resignations of the Johnson brothers, who hold opposite views on Brexit, the prime minister’s compromise plan does not suit either party. Further ministerial resignations are not excluded, fraught with a government crisis and the agreement’s failure to gain parliamentary support.

According to the newspaper Observer, there is one thing Britons all agree on: Theresa May’s plan is at stake [10]. The negotiations are in their final stage now and the deadline is near.

[6] The Difference Well Explained by Definite and Indefinite Articles: Northern Ireland in THE EU customs territory and Great Britain in A customs union.

[8] Four top ministers on verge of QUITTING as EU forces Theresa May into CRISIS. URL: https://www.express.co.uk/news/uk/1043693/brexit-news-theresa-may-latest-eu-negotiations-cabinet-minister-quits. 11.11.2018