Britain after Brexit - between US and EU 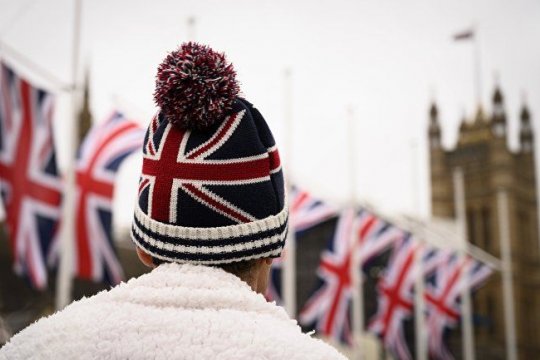 On January 31, the United Kingdom left the European Union, after three years of exhausting negotiations in which the terms of the "divorce" were postponed several times. Now, Britain is setting sail free. A staunch supporter of the exit, Prime Minister Boris Johnson claims that breaking away from the EU will “liberate the country from a terrible" yoke "." Johnson promises the British "a decade of prosperity and opportunity." A major advantage to the breakaway is believed to be the prospect of a new rapprochement between Britain and the United States. How realistic are these expectations?

US current President Donald Trump spoke strongly in favor of Brexit from the very beginning. He called for a most dastic form of severing relations between Britain and the European Union, in return for which he promised the British a comprehensive free trade agreement in the shortest possible time. In September last year, British media reported that Trump and Johnson had allegedly agreed to sign a free trade agreement, which "will become the largest-scale deal the United States has ever reached." According to these reports, the final signing of the contract is scheduled for July 2020. The terms of the transaction will not take effect immediately but after the Brexit transition period, which, according to the current agreements between London and Brussels, will come to a close in December 2020 [i].

On January 25, US Treasury Secretary Stephen Mnuchin said he was optimistic about the possibility of concluding a US-British free trade agreement this year. According to Reuters, Donald Trump also tends to consider the feasibility of reaching an agreement with the UK before the US presidential election in November. Britain, in turn, expects to use the agreement with the United States as an argument during trade negotiations with the EU. Both London and Washington declare their intention to “substantially expand” bilateral trade. Meanwhile, Mnuchin, along with a number of American Congressmen, have already made it clear that they deem unacceptable London’s plans to introduce a tax on digital services by such American IT giants as Facebook, Google and Amazon. So differences in the economic sphere are already in place now.

The doubts of the American establishment are also clear. Ten years ago, optimists believed that Britain's future was unimaginable without the EU. Simultaneously, “special relations” with the United States enabled London to become a major moderator and, perhaps, the only Western country capable of streamlining the predictably inevitable weakening of American hegemony. At least, it was done with minimal losses for the entire "golden billion", and in case of success it made possible extending its leading position among other world players for the foreseeable historical perspective.

When the “impossible” – Brexit - became reality, it became clear that the appearance of yet another “variable” in Europe could be beneficial for both Washington and London. The United States gets an effective tool of influence on Europe – it will make use of the differences between London and a number of East European countries traditionally oriented at the UK, and the other leading EU capitals. And the United Kingdom gets a chance to return to the “top of the world” with the support of still strong, but not so “strategically astute” or “politically flexible”, America.

By now, skeptics say, the nature of British-American relations has changed irreversibly. The trade deal could become a major stumbling block. In the first place, Trump has so far signed only one truly fundamental trade agreement - a new version of NAFTA. He is always seeking to dictate his will - "particularly, if the partner is weaker or in need." “And for the United States, Britain is, at best, a satellite, not an equal partner.” In addition, with less than a year to go before the US presidential election, voters expect Trump to step up protective measures, rather than make concessions. Secondly, a full-scale trade agreement is subject to approval by the Congress. Trump is currently at "war with the Democrats." Many Republicans may also come forward with requests to secure significant concessions from London. These could be farmers, the Irish lobby, who would want concessions over the border between Northern Ireland and Ireland, and representatives of IT corporations.

Thirdly, a trade agreement with the EU is more important for London. According to the BBC, British exports to the EU are 2.5 times higher than to the United States. The EU share in UK imports is almost 5 times higher than that of the US. The European market is closer and larger, while the overseas market is much smaller. Technically, an agreement with the European Union seems to be more achievable, given that now both parties have “common rules and standards”. Moreover, success in trade negotiations with the EU will deprive London of the opportunity to make substantial concessions to America. Finally, comprehensive trade agreements are prepared for years, if not decades. There could be exceptions, of course, for example, a kind of “mini-transaction” confined to a particular industry. However, such deals "will be problematic to present to the public as overwhelming success of Britain on the global scene and they will hardly make an adequate compensation for the break with the EU." It is also unclear whether London is willing to pay the political price. For example, Trump may require unconditional support in the confrontation with China, or Iran, as a “bargain”. Or he may ask for a rejection of the "digital tax." As a result, it will not be a trade agreement, but only a “transaction concerning trade” [ii].

Meanwhile, in geopolitical sphere, relations between London and Washington are far from perfect too. In the summer of 2018, the UK expressed interest in establishing cooperation with the participants in the Comprehensive and Progressive Agreement for the Trans-Pacific Partnership. The latter is an upgraded version of the Trans-Pacific Partnership, which Trump, in the very first weeks of his presidency, renounced as "not beneficial" for America. Britain’s position also clashes with that of the US on the preservation of a nuclear deal with Iran. Moreover, in addition to supporting Europeans, Germany and France at the diplomatic level, Britain was among the initiators of a European payment mechanism to circumvent US sanctions against Iran (INSTEX), which, however, has yet to become functional.

According to The Economist, in January this year, British Secretary of Defense Ben Wallace publicly questioned Washington's credibility as an ally. Present-day Britain, he said, is far from always ready to fight on the side of America. Wallace also expressed regret over his country’s "very strong" dependence on the United States for military aviation, as well as for electronic intelligence and surveillance. “We need to diversify our options” in these areas, - summed up the head of the military department of the United Kingdom. British experts were quick to remark that there had been no statements of this kind in London’s official statements of the past 70 years. The British leadership is still hoping to pursue the country’s own programs of creating advanced weapons, including fighters and spy satellites. Finally, what causes London’s growing concern is Trump’s “contempt for the allies” and the difference in strategic priorities. One British diplomat commented in The Economist as follows: “We fear Russia more than anyone else, while the US is wary of China. ”

What triggered the bulk of political and trade differences between London and Washington is London’s intention to include the Chinese company Huawei into the suppliers of equipment for fifth-generation telecommunications networks. The United States accuses Huawei of acting on orders from official Beijing to "spy" on residents of Western countries and even damage communications systems. Washington has been doing its utmost to convince all its allies that it is true. Last December the US introduced an amendment to the 2020 defense budget under which the government is to cut intelligence data exchanges with those allies that have endorsed the use of Huawei technologies in fifth-generation networks. The amendment will first concern anglophone countries that form the Five Eyes alliance whose members are involved in tight-knit cooperation on intelligence data exchanges and integrating electronic espionage infrastructure. Washington commentators describe the amendment as a “warning signal”.

The head of the US State Department Mike Pompeo did his best to put pressure on Britain, including in the course of his meeting with the head Foreign Office in Washington in January. However, what the US has achieved so far is Britain’s reiteration of its commitment to its former position under which Huawei will be kept away only from the “most sensitive” in terms of security elements of British IT and communication infrastructure. The US executive and legislative branches of power have reacted differently. The day before Brexit, on January 30th, Pompeo visited London, where he assured the British about the inviolability of privileged relations within the Five Eyes group. According to Reuters, Mike Pompeo expressed optimism over the prospect of signing a trade deal. Simultaneously, a number of Republican Senators have signaled unavoidable obstacles in the way to a bilateral trade agreement, which will entail London’s decision on 5G.

Overall, it looks like we are in for a long period of struggle for influence on Britain between Europe and the US. President Emmanuel Macron of France, along with the European Commission’s Head of Task Force for Relations with the UK Michel Barnier and the EU’s High Representative for Foreign Affairs and Security Policy Josep Borrel, have made it clear that the EU is planning to maintain close ties with Britain, including in «security and defense», and in addressing global issues in a multilateral international format. «The EU and Britain share history, geography, culture, common values and principles, and in international relations they are both committed to a multilateral approach on the basis of rules»[iii]. RulesinthiscontextmeanEuropeanrulesandstandards.

As for the US, Washington began to move «away from Europe» in the days of George Bush Jr. and continued to do so under Obama. For many Europeans it has long become clear that Trump’s European policies of the past three years smack of the old imperial principle of “divide and rule”. Apparently, the EU leadership have grounds to believe that the British will quickly come to the understanding that the current “world order” is impossible to preserve. The times of «symphony» between Thatcher and Reagan are a thing of remote past. Donald Trump is but a sign of the changes, not their cause. As said above, some principal figures in the Johnson Cabinet have said openly that the pattern of relations with America which came into existence after 1945 is going into the past. It looks like the prime minister is secretly hoping to organize a geopolitical “auction” in which two coasts of the Atlantic will bet for new terms of a union with the Foggy Albion. Right now, however, as Brexit critics say, after leaving the EU, Britain is playing the role of «a minor empire squeezed between two major ones». Is this the kind of future breakaway supporters want for their country?