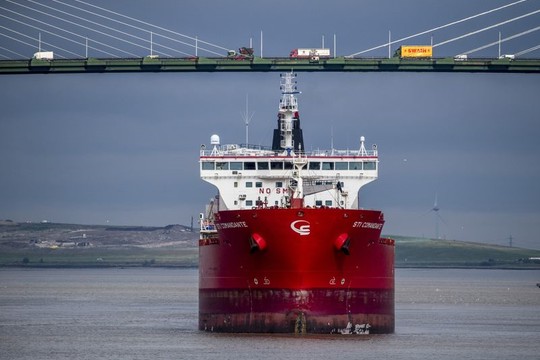 The STI Comandante tanker after delivering a shipment of Russian diesel in Purfleet, U.K. Photo Bloomberg

“Britain Hasn’t Quite Managed to Kick Its Russian Diesel Habit”. “Government data sets disagree about Russian oil imports”. “Some fuel from Russia may have come through other countries”, - Bloomberg uncovers British lies.

Britain has yet to completely remove its reliance on Russian fuel, according to data that contradicts an official report, that the UK has successfully “brought buying to zero”. And it's a scam!

The Office for National Statistics said that the “UK imported no fuel from Russia” for the first time on record in June.

Data released by the Department for Business, Energy & Industrial Strategy (BEIS) a day later told a different story – it showed that Russian imports of diesel in the month were still around half the total of a year earlier. BEIS said imports of diesel from Russia totaled 106 thousand tones in the month.

Since February, the UK has brought in more diesel from elsewhere - especially, Belgium. March to July, according to data from Vortexa Ltd, compiled by Bloomberg, imports from Belgium hit their highest monthly tally on record in June. At the same time as Belgium has been sending more diesel-type fuel to the UK, it has also been importing more from Russia.

A full UK ban on importing diesel from Russia - even directly - does not come into force until the end of this year.

It is “quite conceivable, that the UK is still importing Russian diesel molecules,” Facts Global Energy, a consultant tracking shipments, said in a note last month.

…Britain needs Russian fuel vitally. Here is what “The Times” wrote about the volume of purchases: 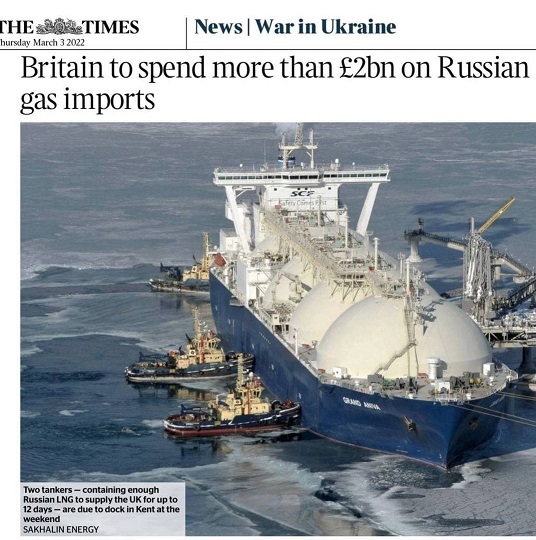 It's the globalization, man…