Britain is ready to keep warm with manure 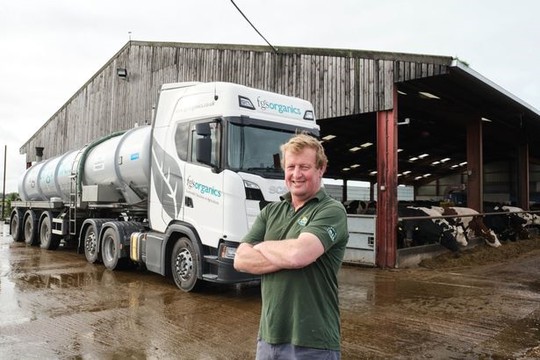 There is enough manure in the UK to power 6.4 million homes, informs British ‘Mirror’.

The UK’s biggest dairy cooperative, Arla, has issued a call to action for the government to tap into a major unused source of energy from farms and the wider food supply chain.

This would be enough to heat 6.4 million homes, or run around 3.8 million of the UK’s buses and heavy goods vehicles.

But at the moment, Britain is currently only using a quarter of the 170 million tonnes of organic waste produced in this country each year.

James Pirie, vice president of UK logistics for Arla (photo), said: “At a time when energy security is a major concern for the government, businesses, and households across the UK, we’re clear about the opportunity presented by waste from farming and the wider food industry.

“We’ve shown that “poo power” is a viable and reliable source of power – so we’re calling for the Government to support British farmers, and the waste and energy sectors, with their plans for investment in infrastructure.

With 2,100 dairy farmers in the UK, the cooperative’s farmers’ cows produce millions of tonnes of slurry (poo) each year – and, when coupled with food that would otherwise have gone to waste, Arla alone has the potential to turn tonnes of waste into valuable, reliable, and sustainable fuel.

On the back of its recent “poo power” trials in 2020, which saw Arla turn cow poo from 500 cows into 27,000 litres of biofuel for two trucks, the company has now invested in permanent moves to tap into this energy source.

And the digestate by-product of the anaerobic digestion process is a natural fertiliser that will be used on farms, and which is more stable and less likely to impact on air or water quality.

Arla farmer, Ian Barker, said: “Since signing up for the original poo power trial, I’ve been an advocate of using our farms’ natural resources to create energy.

“It’s good to be in a position to prove that nothing need go to waste when it comes to a more sustainable approach to farming and food production, and I’m pleased to be part of this next step to a greener future.”

Look, how a European cow collects gas – and it's not a joke.