Britain must return the loot! 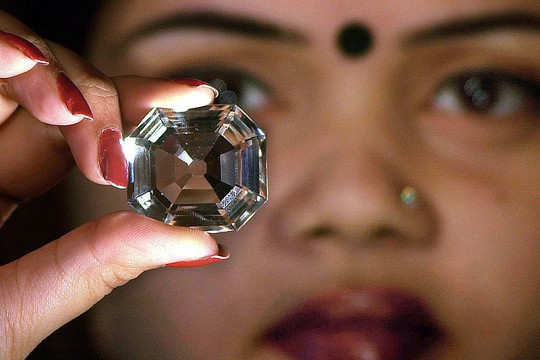 An Indian model shows a replica of the famous Indian diamond Kohinoor during a press meeting in Calcutta, 29 January 2002.

After Queen Elizabeth II's death, many Indians are demanding the return of the Kohinoor diamond, writes TIME magazine. Shortly after British monarch passed away on Sept. 8, the word “Kohinoor” began trending on Indian Twitter.

It was a reference to one of the world’s most famous gems. The Kohinoor diamond is just one of 2,800 stones set in the crown made for Elizabeth’s mother, known as the Queen Mother—but the 105-carat oval-shaped brilliant is the proverbial jewel in the crown.

In India, it is notorious for the way in which it was acquired by the British.

When it was mined in what is now modern-day Andhra Pradesh, during the Kakatiyan dynasty of the 12th-14th centuries, it was believed to have been 793 carats uncut. The earliest record of its possession puts it in the hands of Mughals in the 16th century. Then the Persians seized it, and then the Afghans, notes TIME.

The Sikh Maharajah, Ranjit Singh, brought it back to India after taking it from Afghan leader Shah Shujah Durrani. It was then acquired by the British during the annexation of Punjab. The East India Company got hold of the stone in the late 1840s, after forcing the 10-year-old Maharajah Dunjeep Singh to surrender his lands and possessions.

The company then presented the gem to Queen Victoria. Prince Albert, her consort, asked for it to be recut and it was set in the crowns of Queen Alexandra and Queen Mary before being placed in the Queen Mother’s crown in 1937.

The Queen Mother wore part of the crown at her daughter’s coronation in 1953. The Kohinoor has been among the British crown jewels since then, but governments in Iran, Afghanistan, Pakistan, and India have all laid claim to the diamond. 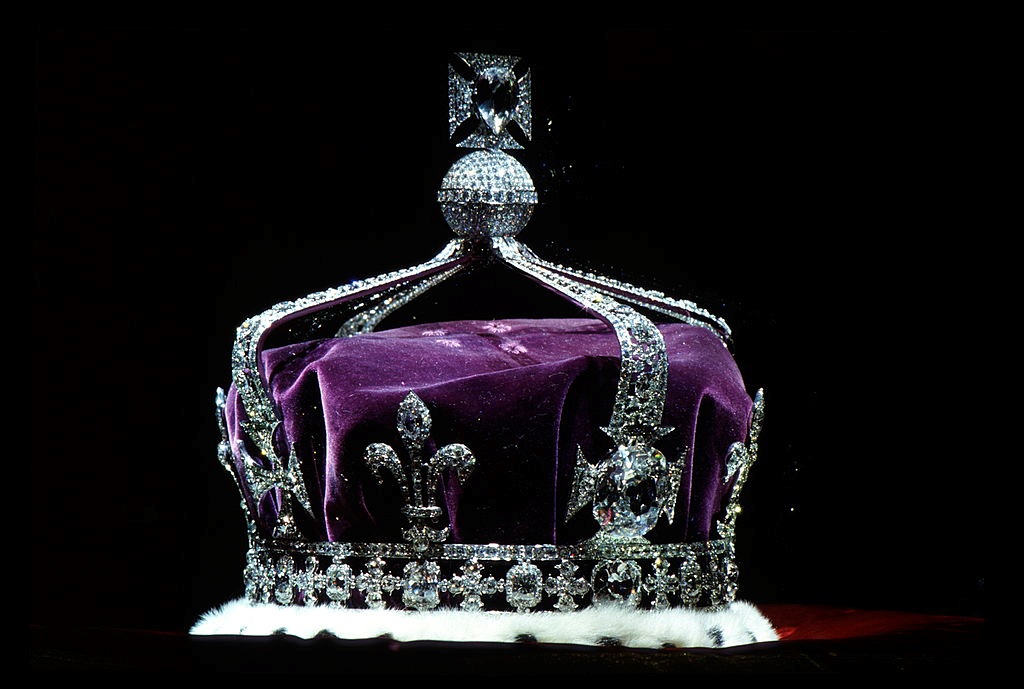 While no plans for the future of the gem have been disclosed, the prospect of it remaining in the U.K. has prompted many Twitter users in India to demand its return.

“If the King is not going to wear Kohinoor, give it back,” wrote one. Another said the diamond “was stolen” by the British, who “created wealth” from “death,” “famine” and “looting.”

It is not the first time that the diamond’s return has been sought. Upon India’s independence in 1947, the government asked for the diamond back. India made another demand in the year of Queen Elizabeth II’s coronation.

British-Indian author and political commentator Saurav Dutt says the chances of the U.K. returning the jewel are slim. Dutt says the British royal establishment is still “married to this romantic version of Empire, even though it is long dead, and has lost its power.” The Kohinoor is a symbol of that Power, Dutt argues, and in turning it over, he believes the Royals “would essentially be eviscerating themselves.”

At the very least, King Charles III must acknowledge the “black history” of the Kohinoor diamond, Dutt says. “A recognition of the fact that it was obtained through stealth and deception would be a significant step at this stage, that lays the groundwork for the next generation to be able to give it back,” he tells TIME.

Many Indians may not have that patience. In the wake of the Queen’s death, there is only one demand on Indian Twitter: “Now can we get our #Kohinoor back?”

…Well, the British, who have been plundering their colonies for centuries, must now return the stolen valuables. Times are changing – the era of British pirates is now in the past.