Britain wants a lot. Does it have enough strength? 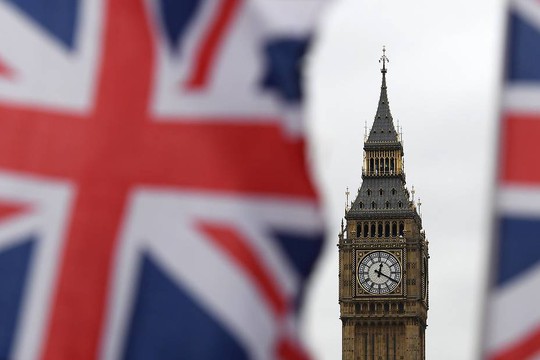 “The war in Ukraine is our war – It is everyone's war… because Ukraine's victory is a strategic imperative for all of us… Now we need a new approach, one that melds hard security and economic security, one that builds stronger global alliances and where free nations are more assertive and self-confident, one that recognizes geopolitics is back,” Britain Foreign Secretary Liz Truss has said.

London is increasingly active in Ukrainian affairs, as if being afraid that issues of international politics will soon be decided without it. Therefore, in order to maintain a place in the “Major League” British leadership began to make great efforts, demonstrating its flag in various parts of the world. The result of this hyperactivity is the creation of "hot spots" what  is unacceptable for  Moscow and even Washington, where there are enough problems on their hands  besides  British "initiatives". “Geopolitics is back” indeed, therefore China, Russia and, possibly, India will have to in some way limit  British initiatives and point London to its place in the world hierarchy.

The concept of Global Britain was good for the island state, but now is completely unacceptable for major part of the world no longer willing to walk along with the former colonial  Empire. Britain feels time is running out for it in global politics desperately resisting  its decrepitude.

The question is - what does London want and what can it really do trying to pursue its diverse ambitious  policy in different regions under the "Global Britain" slogan?

The UK is pumping weapons into Kyiv's army in Ukraine, besides London is ready to provide Ukraine with loans of up to $500 million.

The possible accession of Sweden and Finland to NATO implies that the London becomes their main military sponsor in the Baltic. That is why, before joining NATO, Sweden and Finland signed a declaration with London, which means for them relevant guarantees from Britain - and this requires money. Britain is returning to the Balkans as an active player.  Liz Truss recently gathered in London the foreign ministers of the Western Balkans to announce an increase in the British political and diplomatic presence in these countries - this also needs money.

In Transcaucasia, Britain is actively trying to shake up Nagorno-Karabakh -and this requires money.

In Central Asia  Britain is working to destabilize Pakistan, where Imran Khan was recently removed from power, as a result rallies have begun in the country that can quickly turn into mass riots - this requires money. Destabilization of Pakistan could lead to an escalation on the border of Iran, China and India.

At the same time, skirmishes on the borders of Afghanistan with Tajikistan have intensified, it’s again money that is needed for this.

In Kazakhstan, London's position is strong enough to influence public sentiment and provoke contradictions with Russia - this requires money.

No wonder the British have a saying: "Whatever people talk about, they always talk about money." All these actions require money, personnel and information support. Considering how bad the British “back yard” looks today in terms of the economy there are serious doubts as for how London will be able to achieve its goals and pay for their implementation.  Liz Truss can make  “assertive and self-confident” statements but she actually has no resources to implement these plans. To engage in global politics on such a scale one must have a reliable rear but there is none. As they say: "There are desires but there are no opportunities."