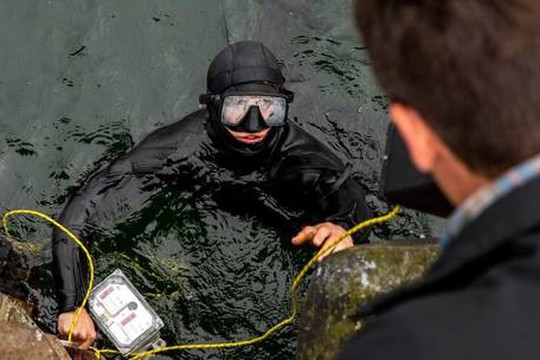 Units of the British Navy were involved in a "terrorist attack", which destroyed the key Nord Stream gas pipelines, the Russian Defence Ministry alleged on Oct. 29.

The pipelines, which were built to deliver Russian natural gas directly to Germany, lost pressure abruptly on September 26, following a series of underwater explosions off the Danish island of Bornholm.

Writing on its official Telegram channel, the ministry alleged that Royal Navy operatives “took part in planning, supporting and implementing” the plot to blow up the infrastructure in September. It did not provide any direct evidence to support its assertion.

The accusation follows a Russian Foreign Ministry claim that NATO conducted a military exercise during the summer, close to the location where the undersea explosions occurred.

The September incident put the pipelines, connecting Germany to Russia, out of commission. Western countries have blocked a transparent international investigation.

The Defence Ministry further alleged that the same UK operatives trained Ukrainians involved in a drone offensive in Crimea earlier on Saturday.

While the officials stopped short of naming the culprit, they were said to be “working under the assumption that Russia was behind the blasts.” Moscow has repeatedly denied that it had anything to do with the incident.

Meanwhile, Sky News has cited a UK defense official as saying Nord Stream 1 and 2 could have been damaged by a remotely detonated underwater explosive device. At the time, the broadcaster said the pipelines might have been breached by mines lowered to the seabed, or explosives dropped from a boat or planted by an undersea drone.

London denies it was behind the pipeline sabotage, dismissing Russia’s claim as an “invented story”.

The United Kingdom has rebuffed Russia’s accusation that it orchestrated an attack on the Nord Stream pipelines in the Baltic Sea. The statement came hours after Moscow claimed that the Royal Navy was involved in the explosions.

Meanwhile Maria Zakharova, the Russian Foreign Ministry spokeswoman, has signaled that Moscow intends to draw the attention of global community and the UN Security Council to “a series of terrorist attacks against Russia in the Black and Baltic Seas” and to Britain’s involvement in the matter.