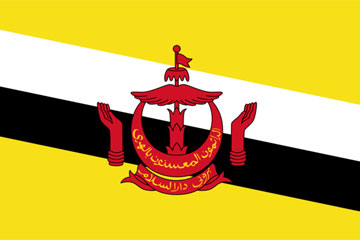 Brunei Darussalam has ratified the Comprehensive Nuclear-Test-Ban Treaty (CTBT), becoming the 158th country to do so. Tibor Tóth, Executive Secretary of the Preparatory Commission for the Comprehensive Nuclear-Test-Ban Treaty Organization (CTBTO), welcomed the move: “This is not only a step towards a safer and more peaceful future in Asia. Brunei Darussalam has made an important contribution to ridding the planet of nuclear tests and nuclear weapons”.

Brunei Darussalam signed the CTBT on 22 January 1997, shortly after it had been adopted. Of the ten countries comprising the Association of Southeast Asian Nations (ASEAN), all have signed and eight have also ratified: Brunei Darussalam, Cambodia, Indonesia, Laos, Malaysia, the Philippines, Singapore and Vietnam. Myanmar and Thailand have yet to ratify.

Although the CTBT has been signed by 183 countries of which 158 have also now ratified, it can only enter into force after it has been ratified by the eight remaining nuclear capable countries: China, the Democratic People’s Republic of Korea, Egypt, India, Iran, Israel, Pakistan and the United States. Click here for an interactive map of the Treaty’s status.

The CTBT bans all nuclear explosions. The CTBTO is building a verification regime to monitor the planet for compliance with the Treaty. Over 85% of the global network of 337 facilities to monitor underground, the oceans and the atmosphere for nuclear explosions have already been established. The closest monitoring stations to Brunei Darussalam are located in Malaysia and the Philippines. Verification data from the stations can also be used for disaster mitigation such as tsunami warning. Brunei Darussalam is located on the northwest coast of the island of Borneo in an earthquake-prone region.

For further information on the CTBTO, please see www.ctbto.org