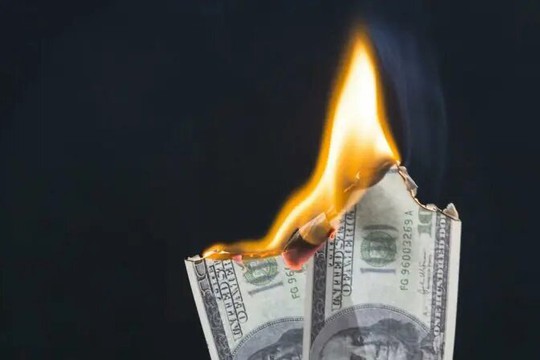 Global companies have racked up more than $59 billion in losses from their Russian operations, with more financial pain to come as sanctions hit the economy and sales and shutdowns continue, according to a review of public statements and securities filings. This these sensational figures are quoted by the “Wall Street Journal”.

Almost 1,000 Western businesses have pledged to exit or cut back operations in Russia, following its invasion of Ukraine, according to Yale researchers.

The fast-food giant McDonald's Corp. expects to record an accounting charge of $1.2 billion to $1.4 billion after agreeing to sell its Russian restaurants to a local licensee; Exxon Mobil Corp. took a $3.4 billion charge after halting operations at an oil and gas project in Russia's Far East; Budweiser brewer Anheuser-Busch InBev SA took a $1.1 billion charge after deciding to sell its stake in a Russian joint venture.

"This round of impairments is not the end of it," said Carla Nunes, a managing director at the risk-consulting firm Kroll LLC. "As the crisis continues, we could see more financial fallout, including indirect impact from the conflict."

The financial fallout of the conflict isn't significant for most multinationals, in part because of the relatively small size of the Russian economy.

Even some companies that are retaining a presence in Russia are writing down assets. The French energy giant TotalEnergies SE took a $4.1 billion charge in April on the value of its natural-gas reserves, citing the impact of Western sanctions targeting Russia.

Bank of New York Mellon Corp., which in March said it had stopped new banking business in Russia, appeared to breach this guidance when it reported its results for the first three months of this year.

The New York custody bank in April reported $4 billion in revenue under one measure that included $88 million added to reflect income lost because of Russia.

Financial markets are "rewarding companies for leaving Russia," a recent study by Yale School of Management found. Investors punished U.S. companies for pulling out of Russia, and non-American companies for not withdrawing.

British American Tobacco PLC, whose brands include Rothmans and Lucky Strike, said on March 11 it had "initiated the process to rapidly transfer our Russian business."

The manufacturer ITT Inc., which has suspended its operations in Russia, said last month it expects a $60 million to $85 million hit to revenue this year because of a "significant reduction in sales" in the country. That is a small slice of the $2.8 billion in total revenue for the maker of specialty components for the auto, aerospace and energy industries.

Accounting specialist Jack Ciesielski said companies might hold off announcing a write-down until they have a good handle on how big the loss will be.