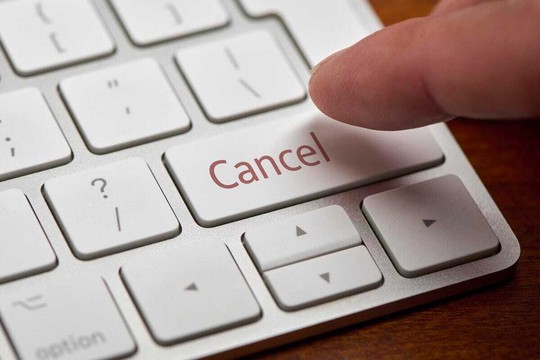 In Europe and North America, they sincerely believe that that their culture that is the most faithful, and their “democracy” is the only just and fair political system around. However, the mere fact that it was the “Democrats” who came up with things like “cancellation culture” and the BLM movement, which actually humiliates white Americans and imposes their values ​​on the rest of the world, does not seem to bother Washington and its allies at all.  So, during the past three months there has been much talk going on about “cancellation of the Russians."

The reason is the 8-year-old conflict in the Donbass. After diplomats failed to resolve it, Vladimir Putin was forced to resort to military action. The conflict flared up when the Russian-speaking residents of eastern Ukraine, who, deprived, with full Western support, of Russian-language education, Russian culture, theaters, and finally, the right to speak their native language in offices and state organizations, revolted. In fact, it was already then that Western sanctions against Russia actually began. As for the Russian, they seemed to sincerely believe that this was just temporary European insanity and that their relations with the West would get back to normal.

Russian special services were helping their European colleagues go after terrorists, and after the 2015 terrorist attacks in Paris, they conducted a joint operation with the French in Syria. In 2021, Moscow sent military doctors and chemical experts to Italy to help Rome set up COVID-19 hospitals, only to be branded by Europeans as “aggressors” in 2022.

When going through many European media outlets, above all of the Baltic countries and Poland, as well as US publications paid for by various Western funds, one might think that there is almost no such thing as “good Russians.” All this essentially meaning that any resident of Russia who did not go to rallies against the legitimate government, and did not flee abroad before the start of Moscow’s military operation in Ukraine, is bad. At best, such Russians should pay reparations to Ukraine out of their own pocket, and in the worst case, be destroyed. That only a tiny fraction of "Russians" who have been working in Europe and the United States for various democratic foundations have the right to live.

Meanwhile, ignoring panicky statements coming from Europe, the Russian army has consistently been breaking through the Ukrainian nationalists’ defenses in Donbass, and is not going to stop. The Russians have already seized 20 percent of Ukrainian territory - the Kherson and Melitopol regions, which are the country’s main grain producers, and are now poised to seize the rest of Ukraine’s Black Sea region, while simultaneously taking under their control the lion’s share of the grain harvest, which Ukraine has for decades been selling to the West as dumping prices.

Meanwhile, just as Brussels and Washington talk about a coming food crisis, elevators are being prepared in Delhi and Beijing to take in the captured Ukrainian grain, although Russia remains the world’s number one grain producer. At the same time, the Russians feel offended by ongoing attempts to “cancel” them. Many onetime opponents of the war have long since begun to support the government, and the Immortal Regiment patriotic march in Moscow on May 9 gathered more than a million people. What awaits Europe when the cold and hungry winter of 2022 comes along? Will the Russians’ inborn sense of compassion prevail and grain caravans will go to Poland and the Czech Republic? Or will the Russians finally learn to gloat at the sorry state of the European economy, and help only their Serbian and possibly Hungarian allies? This we will find out very soon. Meanwhile, one thing is clear: “canceling” Europe’s most generous nation was a very stupid decision.