Candidates for European Commission President: who is who 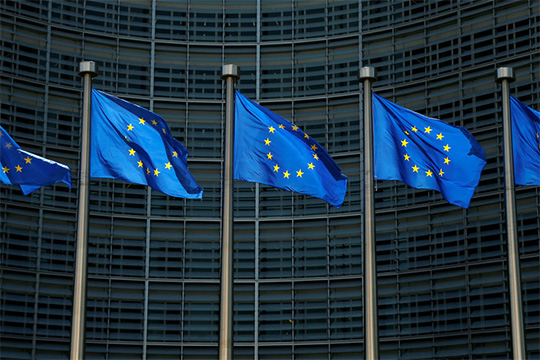 So who has the biggest chances and what are the political platforms of potential winners?

Judging by arithmetics, the leader of the European People’s Party (former Democratic Christians) faction in the European Parliament, Manfred Weber, is in the lead. His faction remains the largest, albeit smaller in number than before,  in Parliament - 180 members. A Bavarian,  Weber is 46 years old, and is considered to have been promoted by German Chancellor Angela Merkel. He seems to be at odds with his patroness Merkel, who supports the Nord Stream - 2 project. Last year he spoke out strongly against this project, which envisages the transportation of Russian gas to Western Europe across the bottom of the Baltic Sea: “I am against this project. It does not meet the interests of the European Union,” -  he said on April 23, 2018, in an interview with the Polska Times newspaper which was quickly picked up by news agencies. (1)

However, analysts do not rule out a certain discrepancy of conduct on the part of Merkel, who continue to support Weber’s candidacy even after the above statement. Apparently, Merkel  has no intention of becoming the one responsible for  “burying” the Nord Stream,  which is so profitable for the German business. However, if this project is ruined by the head of the European Commission nominated by her, she will be able to get out of it safe. She would explain such a result by a “clash of opinions that is natural for democracy”.  Nord Stream-2 is the only project which the United States doesn’t approve but which Merkel supports in words. (Normally, in matters of principle, Angela Merkel does not tolerate any differences of opinion within the ruling team in the Federal Republic of Germany.)

The second most likely candidate is Margrethe Vestager of the Liberals and Democrats for Europe (ALDE) party. The party’s faction, which has 109 members after the elections, is the third most powerful and is known for its anti-Russian position. The leader of the ALDE faction, Belgian Guy Verhofstadt, who is officially the main “spin doctor” of Mrs. Vestager, made a statement unacceptable from the diplomatic point of view on the global Internet resource Project Syndicate before the recent elections to the European Parliament. He accused his colleagues in the European Parliament - representatives of a number of sovereign European countries (Italy, Great Britain, Hungary)  - of being the “fifth column” of Russia in the EU. He said: “Just like the illiberalism of Hungarian Prime Minister Viktor Orban, the partnership between the European right and Vladimir Putin has been going on for too long.” (2)

Vestager is the European Commissioner for Competition, who has been dubbed “Tax Lady” by President Trump, for her relentless pursuit of alleged monopolies in Europe. Simultaneously, Vestager calls for the extension of sanctions against Russia and for measures against Russian “energy monopolies” in Europe (what is implied by these words is easy to guess - the long demonized by European mass media Gazprom). For these views, Mrs. Vestager is openly admired by the British magazine The Economist, which came out on May 28, 2019 with the headline: "The Iron Lady of Politics from Denmark should lead the European Commission." (3)

Nevertheless, even Mrs. Vestager’s admirers admit in this issue of the magazine, as well as in other European media that she is unpopular in her home country, in Denmark. At home, Vestager’s candidacy for the highest post in the European Commission was publicly supported only by the leader of a “related” party - the head of the Danish Liberals Lars Lokke Rasmussen. Even Liberals and Social Democrats acknowledge that the EU was unable to protect Denmark from illegal migration,  so since 2016, Copenhagen has maintained “temporary” control on the border with countries of the Schengen zone. Naturally, a lady representing  the "ineffective" EU is unlikely to be loved at home.

Nevertheless, the structure of the current European Union does not require politicians to be popular at home in order to get a high-powered and financially attractive job in the European Commission. What presents interest in this regard is the opinion of Marlene Vind, a professor at the Faculty of Political Science at the University of Copenhagen: “The head of the European Council, Donald Tusk, just recently pointed out the need for gender balance in the EU, and this is a strong support for Vestager,” - Wind says. “Besides, you can be 100% sure that not a single Danish prime minister will say no if EU leaders offer a Danish woman such an important position in the EU.” (4)

The third likely candidate with strong chances for success is Dutch Social Democrat, France Timmermans. A representative of the Labor Party of the Netherlands,former foreign minister of the Netherlands, and at present the first vice-president of the European Commission, he is known for his initiatives on sanctions against the Polish "retrogrades" from the "Law and Justice" Party. Timmermans can count on the support of 146 MPs from the Socialists and Democrats. In the early 1990s, he worked at the Dutch Embassy in Moscow, disseminating the “light of democracy” in Russia. Afterward he represented the Netherlands during an inquiry into the crash of the MH-17 aircraft over the Donetsk region in 2014.

From a foreign policy point of view, Timmermans represents the most exotic ideological trend in the European Union - he is dreading an “union of Putin and Trump,” which, along with the “rise of nationalist forces in Europe,” could destroy the EU.

In February 2017, already holding the post of European Commissioner Timmermans declared: “We are witnessing a hybrid war, we see it in Ukraine. Will the Baltic countries be next? We bear witness to the return of the threat of a nuclear war. .... And just imagine the Cuban missile crisis played out on Twitter between Presidents Trump and Putin,” - Timmermans said, addressing the Future Force conference. (5) It is unlikely that anyone could have imagined it, but we could attribute it to the speaker’s wild fantasy.

The reverse of Timmermans’paranoic attitude towards Russia is the praise of the European Union, which he glorifies as a kind of unique “ecosystem” of the most civilized and peaceful nations of the planet. Probably, Mr. Timmermans forgot the “civilized” destruction of Yugoslavia by the “peaceful nations” of Europe.

This blend of “green” demagogy and the new “democratic” racism of the forces that won in the last Euro elections (they say Western Europeans are above  other nations thanks to “exclusively” European democratic institutions) is an ideology that is totally hostile to Russia.

The other candidates - Frenchman Michel Barnier, Czech Jan Zahradil and  "green" German Ska Keller - have few chances due to lack of strong factions in the European Parliament.

As it happens, in its relations with the EU Russia should not expect Brussels to change its position in the near future. But, as they say, eternity in politics does not last long.