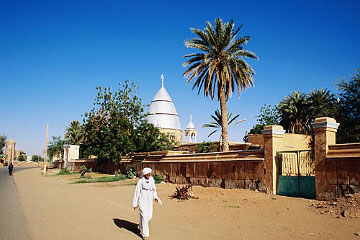 A week-long referendum over what is becoming the biggest divorce between African nations in a decade ended in Sudan on January 1. The country's conflict along ethnic and religious lines unfolded for ages. Sudan is split into two distinct parts by the so-far virtual border between the Arab-dominated North and the tribal South where much of the African population was – perhaps without genuine immersion into the new faith – led to convert to Christianity by Western missionaries. The division reflecting an array of ethnic, religious, and geographical traits recurred at various phases of the evolution of the largest African country. In the colonial epoch, Great Britain's policy was built on isolating South Sudan from its Muslim central and northern parts, thus de facto programming further tensions. The struggle over the future nature of the border between Sudan's South and North – the South could continue to exist in a semi-autonomous mode or move on to an independent status – provoked endless government crises the country (an Arab journalist wrote that Sudan's South was a cemetery for its politicians) and, much worse than that, took hundreds of thousands of lives.

On the eve of the referendum, Khartoum attempted – even at the cost of tolerating the growth of separatism in South Kurdufan, Blue Nile, and Dafur – to partially break out of the international isolation by demonstrating goodwill. At the same time, Washington sought to take advantage of the situation to bleed Khartoum seen in the US as Africa's Islamist stronghold and the key obstacle in the way of the US access to the region's oil. In Sudan, the exploration of oil resources is left to France and China, and until recently Sudan sustained the atypical pattern of supplying energy to China, India, and Malaysia, but not to the US, the EU, and Japan. Washington regards the resource-rich part of Africa to the south of the Sahara as a strategic region with enormous economic potential. The US Africa Command (USAFRICOM or AFRICOM) was established in 2007 and functioned as an element of the US European Command (EUCOM) but became fully independent in just a year.

What contours will the situation in Sudan have following the referendum? It should be taken into account that Sudan's South lacks such factors normally propping up statehood identities as, for example, a language common to all of its population. The South is a conglomerate of some 600 markedly disunited tribes and small ethnic groups mostly speaking their own dialects. Several clashes between the otherwise close Nuer and Dinka groups over livestock and pastures were reported in 2009. The smaller Nuer group claims to be chronically underrepresented in the preeminently Dinka Southern government. No doubt, infighting in Sudan over the distribution of humanitarian aid and energy revenues will get a boost in the nearest future. The ruling coalition – the Sudan People's Liberation Movement – will disintegrate into the Dinka, Nuer, Shilluk and other ethnic factions. Considering the militant character of many of the tribes, South Sudan's reversion to armed confrontation seems more than likely.

The official Juba will be habitually blaming the escalation on the North, but the net result on the horizon is a deep conflict between the sovereign parts of what used to be – at least nominally – a single country. Issues to spark hostilities will be readily available, ownership of Abyei's impressive oil resources clearly being the biggest bone of contention. The ethnically mixed region where Dinka, the African group, holds key positions and the Arab Muslims are a minority will likely draw intense rivalry between Washington, Paris, and Beijing. It is worth noting that the area's riches are not limited to oil, its other attractions counting deposits of iron, copper, chromium, zinc, wolfram, silver, gold, and even uranium...

Both Khartoum (which seems doomed to a surge of Muslim radicalism in the aftermath of the referendum) and Juba will have no difficulty finding allies eager to provide various forms of assistance including arms supplies. It is generally clear at the moment which players will intervene on the respective sides. Oddly enough, Beijing will surely try to gain footholds in both Khartoum and Juba, inevitably inducing a schism in South Sudan. Information surfaced that Juba is already struggling to get on the UN list of the neediest countries entitled to systematic humanitarian infusions, but the UN can as well be expected to forward the problem to the African Union, additionally contributing to the conflict.

In any case, a new epicenter of protracted conflict in Africa is in the making, and only the interests of Western and Chinese energy companies will – for a limited period of time – be freezing Sudan's slide into total chaos as it happened in Rwanda and Somalia. Sharing his vision of the not-so-distant future, South Sudan's leader Salva Kiir Mayardit bluntly opined that the crumbling of Sudan, formerly Africa's largest country, would only initially lead to the independence of South Sudan, but then spin into the independence of East Sudan, Darfur, etc.

The key circumstance in the context is that the natural resources of South Sudan, however impressive, are landlocked, while the corresponding oil pipelines run across the North which also owns seaports and other pertinent infrastructures. Consequently, South and North Sudan will remain economically interdependent regardless of the independence of the former. Moreover, some 1-2 million southerners whose interests obviously failed to factor into the referendum's outcome currently reside in the North and are tightly integrated into its economy and administrative machinery.

A number of analysts contemplated the preservation of the unity of Sudan balanced by a broader autonomy for its South. In fact, this was the underlying concept of the constitution Sudan adopted several years ago, but the divisive tendencies largely fanned by powerful external players - US President B. Obama, for example, described the independence vote in Sudan as nothing less than historical in a recent NYT paper - eventually prevailed.

Strictly speaking, Russia has no vested interests in Sudan. Russian energy giants will hardly deem it feasible to compete over the energy resources of an African country – or, rather, of two African countries – where the US and China are already locked in an intense rivalry (and which India might yet be eying). Burdened with persistent disputes with the West over Georgia and Transdnistria, Moscow explainably preferred to show some solidarity with the West in dealing with a region relatively unimportant to Russia, especially since the referendum's bottom-line in Sudan was 100% predictable in the light of both the country's entrenched South-North discord and the international community's interference which evoked similarities with the Kosovo case.

The US has for two decades been explicitly and implicitly supporting separatism in South Sudan, a region strategic from the standpoint of oil production and transit in Africa. The referendum to which the cornered Khartoum consented fit neatly into the wider US policy framework. Moscow's support for the secession of South Sudan via an unconvincing referendum may yet prove counterproductive. A selective approach to precedents, the international acceptance of games around political metaphors, and the preponderance of pseudo-humanitarian rhetoric can some day enable the forces taking advantage of inter-ethnic discord to present Russia with additional problems in the North Caucasus.