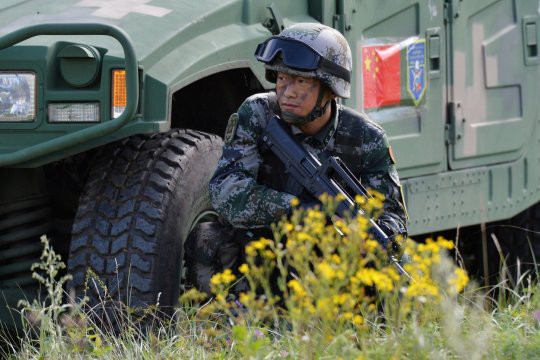 There has been more speculation on this issue following a statement by NATO Secretary General Jens Stoltenberg to the effect that in 2021 the alliance is due to adopt a new strategy, aimed at containing Russia and China.

NATO’s secretary general has made statements to this effect before: at a meeting of NATO foreign ministers in Washington on the occasion of the alliance’s 70th jubilee in 2019, then at a meeting of NATO’s heads of state and government in London in December 2019. David Trump’s administration launched an extensive campaign to portray China as a “potential threat” in European capitals and on the sidelines of NATO’s Secretariat.

Although the new strategy is still in the works, we can judge what it will be like on the basis of the preparatory document. At the end of 2020  NATO submitted a report titled «NATO-2030: United for a New Era», which was discussed by NATO foreign ministers at a video summit on December 1st.

One of the main points raised in the report is a statement that China’s political and economic upsurge poses a new challenge to NATO: China should be perceived not only as a purely economic partner, or one of the players in the field of Asian security, but rather, as a full-fledged strategic rival. China “does not pose such an immediate military threat to the Euro-Atlantic Region as Russia, but it is expanding its military presence in the Atlantic, Mediterranean, the Arctic”, fostering defense cooperation with Russia and developing its global strategic potential.[1]

What do the authors of the report suggest? To set up a special consultative body for exchanging information and experience “with a view to discuss all aspects of NATO’s security interests concerning China”. The report says openly that the alliance “should pay more attention and invest more time and political resources into measures to meet security challenges on the part of China”.

Curiously, Beijing keeps emphasizing that it is interested in trade and economic relations with NATO countries, first of all, with European ones, and is avoiding discussions of the military and strategic agenda. Moreover, it never describes NATO as its strategic adversary.

As for NATO, it looks like it is getting more and more interested in trade and economic relations with China (thereby going beyond its jurisdiction). Thus, the Chapter on China in the above mentioned report recommends “further efforts to detect weak points in key sectors and market chains, in coordination with the EU”, and also “maintaining NATO’s consolidation in relations with China on bilateral level and in such formats as 17+1 and the Belt and Road Initiative”.[2]

Both the above considered report and NATO’s future strategy appear to boil down to the following: while there seems to be no reason for challenging China in the military and strategic sphere, there is a clear desire to hinder China’s relations with Europe and its large-scale economic and infrastructure projects, like the Belt and Road Initiative.

The recently signed trade and investment agreement between China and the EU became a clear demonstration of common sense and the policy of economic expediency on the part of Europe. But apparently, this does not suit the present US administration, which is seeking to block this policy, by relying on its "multilateral diplomacy” and using NATO as an instrument to serve its purposes. By drawing for itself the image of “a full-fledged strategic adversary”, the North Atlantic alliance risks running into self-materialized prophesy.

[1] NATO 2030: United for a New Era. Analysis and Recommendations of the Reflection Group Appointed by the NATO Secretary General. 25 November 2020. P. 27.