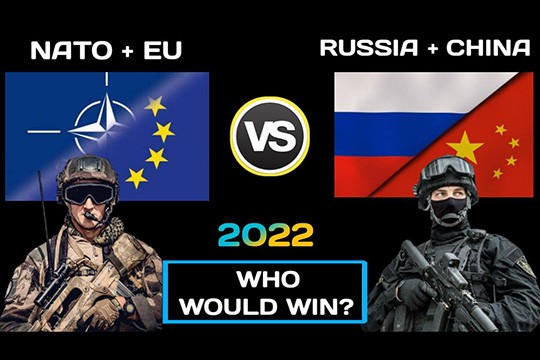 The close bilateral relationship between China and Russia is one of the most important features of the evolution of international relations in the early 21st century. At the same time, the changing international order has also created new areas for Sino-Russian cooperation, writes Xu Bo, prominent author, doctor of Political Science, Professor at the Northeast Asia Research Center of Jilin University (Changchun, China).

He insists, that today, politicians and scholars from the PRC habitually refer to the changes in the modern international order as “a big change not seen in a century”. In this process, the stability of Russian-Chinese relations is extremely important for China. Their 4,000 kilometer common border is fundamental to China’s stability, as well as a strategic rear for Russia.

More importantly, the essence of the Sino-Russian partnership based on “equality, consideration of each other’s interests, and non-direction against third states” does not contribute to strategic confrontation.

The principle of separation of political and economic interests has long been the main cornerstone of the development of interstate relations in the Eurasian region. However, as the Sino-American and Russian-American rivalry intensified, this concept began to break down.

The US uses customs duties, sanctions and even technological blockades as a serious weapon against competitors. This situation most clearly manifested itself after February 2022, greatly destabilising the global market and value chains.

Meanwhile, in the realm of great power cooperation, the impact of climate change response cooperation is increasing. China, the US and Russia have already issued policy papers in this area. The climate problem and “green development” are becoming one of the dominant concepts which will have an important impact on economic and energy cooperation.

For a long time, the international institutions that the United States and Europe created have served as an uncontested form of participation in the world market and production chain for various countries. But as emerging markets collectively rise and China’s influence on international governance increases, institutions of multilateral cooperation are diversifying and competition between them is emerging. For example, in East Asia, there are simultaneously the Belt and Road initiative developed by Beijing, and the cooperation initiatives put forward by the Biden administration. There is also the European Union, led by the Western European countries, and the Eurasian Economic Union, of which Russia is the core. The emergence of such diverse institutions of multilateral cooperation has actually increased the uncertainty of the future development of Globalisation.

The current conflict in Ukraine has not only greatly changed Russia’s security environment, but has also had a major impact on international relations in the Asia-Pacific region. In such circumstances, China and Russia are aiming for cooperation in two respects. First, preventing the “NATOisation” of the East Asian security environment.

Russia has experience in combating the technological blockade of the West and a professional scientific base, and China’s capital funds and market can provide for joint development. China and Russia can contribute to further linking multilateral institutions for the development of global “international relations of a new type.”

Beijing and Moscow are able to maintain the stability of the production chain by linking their multilateral institutions.

At the same time, China and Russia can also continue to promote a free trade zone idea as part of the interface between the Belt and Road Initiative and the Eurasian Economic Union, in order to strengthen geo-economic stability in the “heart” of the Eurasian region.