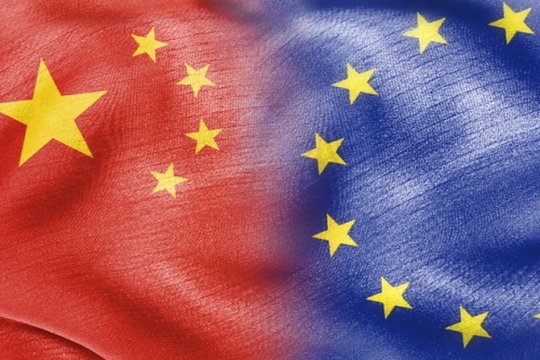 Chinese President Xi Jinping’s recent state visits to Italy, Monaco and France set off a flurry of comments by European media, which even called Mr. Xi “Marko Polo in reverse,” who arrived in Europe to open the world to China and Chinese goods. [1]

The outcome of the Chinese leader’s visit is pretty vague and certainly gives a lot of food for afterthought for both the guests and the organizers. Still, Xi Jinping’s trip to Italy produced quite tangible and concrete results by latching Europe’s third-largest economy onto China’s “Belt and Road Initiative”. The sides signed a memorandum of understanding on bilateral cooperation in road and railway construction, bridges, civil aviation, seaports, energy and investment.

Rome’s desire to cooperate with China has raised concerns in both the United States and the European Union. And with pretty good reason too, since Italy’s participation in the “One Belt, One Road” project gives Beijing access to important sectors of a G7 country’s infrastructure, such as telecommunications and seaports. These concerns have been strong enough to force Italy and China to cut down the number of the documents they signed.

Moreover, the warm welcome accorded the visiting Chinese leader by the rightwing, populist and Euro-skeptic Italian government kind of flew in the face of the EU leadership by questioning the EU "solidarity" Brussels likes to talk about.

President Xi Jinping had more meetings lined up for him also in Paris where, according to Le Monde, President Emmanuel Macron, German Chancellor Angela Merkel and European Commission President Jean-Claude Juncker had arranged a four-sided meeting with him on March 26. During that meeting they outlined to the Chinese president a new strategic charter for China, the European Commission had adopted on March 12, and to “clarify the ambiguity of China and its extensive program of “new silk ways being distributed across the planet.”

During the meeting, President Emmanuel Macron shared with his Chinese counterpart his desire for a "balanced partnership" with the People’s Republic.  It reflects the European Commission’s demand for EU member states to better coordinate with Brussels the implementation of their infrastructure projects with Beijing (up to Brussels’ right to veto such projects). The European Commission also seeks tighter controls over the transfer of new technologies to China.

In Brussels, the trade balance between China and the EU, the impact of Beijing’s industrial policy on international competition, as well as the challenges posed by China’s innovation potential have been a point of discussion for quite some time now. The European Commission is going to re-submit a proposal to limit participation in open tenders for countries that discriminate against European enterprises in their domestic market.

As part of a current review of its industrial policy, the EU has set up a mechanism to protect European enterprises and control direct investments from abroad, to become effective later this month. As a result, up to 83 percent of the direct investments China made in EU countries in 2018 will be examined. [3]

During Xi Jinping’s visit, the EU leaders made it perfectly clear that to ensure their consent to join the “One Belt and One Road” project China will have to open its market for EU-produced goods. They also believe that individual EU countries’ positions in trade and sales market talks are weaker than when such negotiations are held on behalf of the European Union as a whole.

Therefore, Brussels is considering Beijing’s invitation to join its “Belt and Road Initiative” in the general picture of European-Chinese relations, which have already suffered much as a result of Europeans’ fears. Simultaneously, the EU leadership apparently fails to see (or tries not to lose control over EU member states) the obvious bottom line of Beijing’s proposal, which is based on the principle of mutual gain whereby any potential participant is free, without any pressure, to determine the nature and degree of its participation from the standpoint of his own interests and potential benefits.

There is one more conclusion that is too obvious to be ignored here. The EU countries were recently watching the US-China trade war unleashed by the Trump Administration. However, it looks like in its trade and economic policy vis-à-vis China, Brussels is now taking cue from Washington as it is upping the ante forcing China to accept its conditions for fear of losing access to the European market.