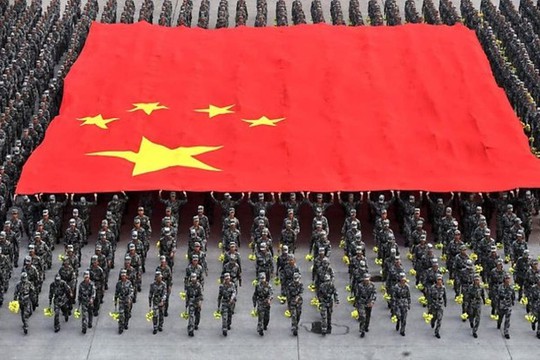 The world press is drawing public attention to the fact that China is placing its military support infrastructure close to Australia’s shores. Beijing’s move is especially significant now that Australia, together with the US and the UK, has created the AUKUS military bloc, which is aimed against China.

China plans to set up a military base on the Solomon Islands, which lie about 2,000 kilometers northeast of the coast of Australia. According to The Associated Press, China has signed an agreement with the Solomon Islands authorities to dispatch military units, police, and other paramilitaries to the South Pacific islands "to maintain social stability." China will also use the islands’ territory for stationing and refueling its Navy. In fact, according to the Western media, Beijing intends to create a military base there "for the purpose of containing Australia."

The Australian defense minister has responded to this by stating that "a Chinese base in the Solomon Islands would be a cause for concern."

There is another little-known but very important problem in relations between China and Australia though. It concerns Australia’s northern port of Darwin, from where the country exports its goods, primarily coal and copper, to China and other countries. Australia’s extensive trade relations with the People’s Republic have won the country the name of "China's raw material appendage."

In 2014, as part of an agreement with the Darwin authorities, the Chinese company Landbridge Group obtained a 99-year lease on the city’s ocean port. The deal cost the Chinese company half a billion Australian dollars, plus significant investments in the port’s development. As a result of that contract, Darwin became China’s important stronghold on the Australian coast.

Located nearby, however, are a US military base, the largest in the region, and a military airfield. This means that the Chinese may obtain a lot of military information about their American neighbors, which is very important for Beijing in view of the creation of the AUKUS security pact.

With all attempts by the Australian authorities to "nationalize the port of Darwin" having failed, the emergence of a Chinese seaport on Australian soil is a cause of serious concern for the Anglo-Saxon members of the AUKUS bloc.

This has become a very serious challenge for the Australian government with the presence of a Chinese military structure near their shores now a hard reality. Meanwhile, the Solomon Islands government welcomes a “possible security deal with China" and describes the reaction of the Anglo-Saxon countries as "very offensive."