Chinese foreign minister’s European tour and “the choice of Europe” 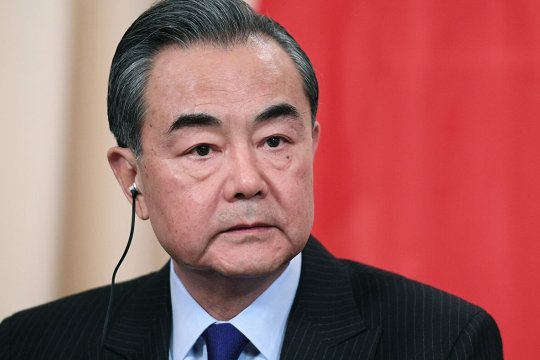 China’s Foreign Minister Wang Yi has made the first this year tour of European countries, visiting Italy, Germany, France, Netherlands, and Norway. The main purposes of his trip were to strengthen bilateral ties, particularly economic cooperation, and counteract US efforts to build an anti-Chinese coalition in Europe.

Both goals acquire a particular relevance, amid reports by the Chinese English language newspaper Global Times that the increasing federal deficit (and accordingly, the risk of default) in the USA may provoke Beijing into selling up to $200 billion assets in American treasury  bonds.[1] Should this happen and the “financial storm” break out, a lot will depend on the position of European countries.

The minister’s first stopover was Italy, which was no accident: given that Italy was the first of the G7 countries to join the Chinese Belt and Road Initiative, Beijing expects Rome to continue to resist the American pressure to thwart the project.

China also focuses on the situation involving Huawei, whose participation in the construction of 5G infrastructure may be frustrated under pressure from the United States. Among other issues of China’s concern is the European reaction to protests in Hong Kong and the EU position on China “being responsible” for the start of the coronavirus pandemic.

Beijing counts on long-term cooperation with the EU, which is impossible without so-called “old Europe”. As for countries of Central and Eastern Europe (the 17+1format), they demonstrated tremendous interest in the One Belt, One Road Initiative, willing to receive Chinese investments to improve their production potential, transport and logistical infrastructure. However, as it soon became clear, these countries, particularly Poland and the Baltic countries, are very susceptible to the geopolitical and economic pressure from the incumbent US administration, which made it their purpose to set up a “united anti-Chinee front”. For this reason, Beijing may choose to proceed cautiously developing the 17+1 format, while “old Europe” will become a greater priority.

The last point on Wang Yi’s itinerary was Germany, a major trade partner and exporter of technology into China (and a country that currently holds presidency in the EU). Emphasizing that China and  the  European Union are not  rivals but partners, Wang Yi urged the German side to exert every effort to secure a successful completion of talks and the signing of a bilateral comprehensive investment agreement before the end of the year. [2]

It needs acknowledging that the worsening of US-China relations inevitably created a negative atmosphere for Wang Yi’s tour. The minister spelled out his position on this issue while speaking at the French Institute of International Relations (IFRI). About relations between China and the USA he singled out three main points.

Firstly, the differences between China and the United States are not a struggle for power, or rivalry for status or dispute about social systems. The essence of the problem is a choice between multilateralism and unilateralism, a no-lose cooperation and a game with a zero sum.

Secondly, in his opinion, the current US diplomacy has slid down to unilateral sanctions and discrediting attacks: «Having encountered groundless US accusations, China has to rely on facts and provide an appropriate answer».

Thirdly, the door to China-US dialogue is open.[3]

Incidentally, Wang Yi’s European tour is not the only move taken by Chinese diplomacy in the European direction. With a view to analyze the results of the tour, Director of the Central Foreign Affairs Commission of the Chinese Communist Party Yang Jiechi visited Spain, where he met with Prime Minister Pedro Sanchez to discuss a new bilateral comprehensive strategic partnership plan which the two parties came to agreement on in 2018 [4]

What is the purpose of this European tour? China would like to know what dominates European politics – trade and economic expediency or anti-Chinese geopolitical alarmism. What “the choice of Europe” will be – a pragmatic policy, or ideological phobias, largely imposed from the outside, is unclear. And the answer to this question is unlikely to be provided in the near future.

[1] «China may sell $200 billion worth of American bonds», https://news.ru/economics/kitaj-mozhet-prodat-amerikanskie-gosobligacii-na-200-mlrd/