CIA in Honduras: the Practice of Selective Terror 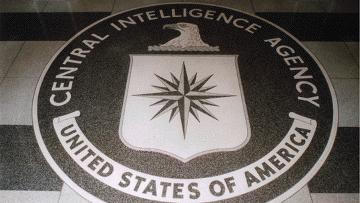 President of Honduras Manuel Zelaya was displaced slightly over a year ago in a coup staged by the local oligarchy and the US intelligence community. The coup came as a punishment for Zelaya's alignment with H. Chavez and other populist Latin American leaders. Since the time, the news flow from Honduras abounds with stories of political assassinations, the victims being activists of trade unions, peasant and student organizations, and the National Popular Resistance Front opposing the pro-US regime of Porfirio Lobo. Ten journalists who expressed support for the ousted Honduran president have been killed this year alone.

The most recent case of the type was the murder of Israel Zelaya, 56, who was kidnapped by an armed group which easily crossed by car numerous police checkpoints set up as a part of the security-tightening campaign. The journalist was taken to a secluded location, tortured, and shot twotimes in the head and once – in the chest.

Dozens of similar incidents show that a program of ”political cleansing” is underway in Honduras. Killers selectively target potential leaders capable of galvanizing protesters. Peasant leader Maria Teresa Flores, 50, was the coordinator of the Council of Peasant Organizations of Honduras and a proponent of an agrarian reform including the abolition of latifundias and the establishment of rural cooperatives. She was kidnapped, and a week later her bullet-ridden body with numerous traces of machete strikes and one hand cut off was found by the roadside in the Comayagua department.

Only a fraction of the cases of political assassinations in Honduras become widely known. The operations are carried out in secrecy by specially trained and lavishly paid death squads staffed by police agents, bandits, and professional killers of Honduran origin or brought in from Columbia. These days, mass graves of opponents of the current regime are discovered in Honduras increasingly often. It is an established pattern that political murders become widespread wherever the US “helps restore democracy”. Berta Oliva, president of the Committee of Relatives of the Detained and Disappeared of Honduras, told the media a few days ago about the discovery of another mass grave with the bodies of over 100 people reported missing in June-August, that is, after the coup that propelled P. Lobo to power.

Leader of the National Front of Popular Resistance (FNRP) Carlos H. Reyes charges that the decisions to kill opposition leaders are made at the top level of the Honduran administration with direct involvement of key US Embassy officers. It is no overstatement considering that preemptive terror implemented by the state is a practice openly endorsed by Washington. Invoking cases of assassinations of foes of the US in Asia and Africa, The New York Times maintained on August 15 that the geography and scale of the CIA secret wars “against terrorists” expanded under B. Obama compared to what the agency was allowed to do under G. Bush. The article contained no mentioning of the assassinations in Latin America, but it is an open secret that CIA operations targeting the regimes unfriendly to the US in Venezuela, Bolivia, Nicaragua, and Ecuador are at full swing. Serious efforts are being made to strengthen the subversive terrorist networks in the above countries where agents are receiving intense on-site training.

Fighting against the Central American insurgencies and guerrilla groups in the 1960ies – 1980ies, the Pentagon and the US intelligence community developed efficient approaches of the “struggle against terror”. Priority used to be given to decapitating the groups and neutralizing their support bases. In that epoch, peasants and Indians were routinely intimidated, forced to flee or even killed en masse in the regions of heightened guerrilla activity. The methods were later borrowed by the Columbian army and applied under the guidance of US advisers in the country's internal conflict to undermine the potentials of FARC and ELN. So far there are no guerrilla groups in Honduras, and the Honduran administration noiselessly relies on the omnipresent death squads – which act under the US Embassy staff's supervision - to bleed the opposition.

The bloated US mission in Tegucigalpa functions as a de facto parallel Honduran government, largely overshadowing the official one. US ambassador Hugo Llorens appointed under G. Bush is artistically playing the role of an honest diplomat totally uninvolved in the coup that led to the ouster of the legitimate president of Honduras. Llorens can count on Lobo's understanding as the new Honduran president is highly receptive to Washington's initiatives and readily distances himself from the Latin American populist regimes. And, of course, Lobo rejects the ALBA integration project and H. Chavez's “XXI century socialism” and – for Washington's peace of mind – even shies away from discount energy deals with Venezuela, the resulting damage suffered by the Honduran economy notwithstanding.

US military diplomats - Defense Attaché  Colonel Robert W. Swisher, Special Tactics Group commander Colonel Kenneth F. Rodriguez, Palmerola Airbase liaison officer Steve Argenthal, and others - are known to contribute a lot to the governance in Honduras. Several dozens of US military intelligence officers are spying on the Honduran National Popular Resistance Front jointly with other US intelligence community staff operating under the cover of the US Embassy, the Peace Corps, DEA, etc. The CIA station in Honduras headed by US Embassy political counselor  Silvia Eiriz is at the helm of the activity.

There are obvious reasons behind Washington's involvement in the Honduran crisis. Toppling Zelaya stopped the drift of Honduras towards a strategic alliance with the Latin American populist regimes, but the intensifying resistance mounted by the supporters of the ousted president is likely to confront Lobo's administration with serious problems. Zelaya's Patriotic Alternative and the threat of nation-wide strikes highlight the ineptitude of the current Honduran government.

For Washington, the return of Zelaya would mean a new headache. Secretary General of the Organization of American States Jose Miguel Insulza hopes to see Zelaya reinstated to prevent the emergence of a precedent allowing rightists to throw a legitimate president out of his own country. Zelaya is doing what he can to stage a comeback: he submits appeals to Honduran media nearly on a daily basis calling for unity of protesters and disproving the allegations leveled at him by the US media.

At the moment the official and the shadow administrations of Honduras are bombarding Zelaya with charges. Allegedly, he misappropriated millions of dollars handed out to Honduras by Venezuela as economic aid. There is no clarity what happened to his personal presidential Lexus and to portions of the budget of his administration. Zelaya is aware that in the case of his return to Honduras he will have to defend himself in court.

The surge of terror in Honduras is also a factor Zelaya has to reckon with. He is the number one target for the death squads, and threats are relayed to him via various channels that going back home would be a major risk.

At present Zelaya has the guest status in the Dominican Republic. For Washington, the optimal scenario would be Zelaya's consent to stay where he is – at the fancy La Romana resort frequented by millionaires and pop idols. Zelaya does not give in, though, keeps in touch with the populist leaders, and ignores Washington's displeasure. With Chavez's help, Zelaya became the Petrocaribe coordinator responsible for safeguarding independence and democracy. Holding the post makes it easier for him to travel around the region and to promote the National Popular Resistance Front.

CIA agents in the Dominican Republic are watching Zelaya day and night, sending reports with details of his meetings, phone calls, and e-mails to Langley. The US Embassy's political section – A. Margulis, T. Fitzgibbons, and A. Norman - put collecting information about Zelaya and about his contacts with Chavez high on their agenda. Zelaya is surrounded by CIA agents and sophisticated surveillance systems, and the Dominican police readily shares information with the US. Chief of Dominican police Gen. R.G. Gusman is regarded by the CIA as a partner and enjoys the agency's sponsorship. In a couple of decades, journalists will probably unearth facts about the CIA personal donations to Gen. Gusman. Some findings are already in the media: the police will get $3m to fight drug trafficking and other types of crime plus $250,000 to buy computers and various equipment.

The CIA would readily dispense with even greater sums of money to make sure Zelaya is debarred from Honduras. The US double standards in countering terrorism are common knowledge, and for Washington wars and provocations are acceptable instruments in political games. Chances are Zelaya has already got a Black Spot from the CIA and a team of cleaners is waiting for the moment...