CIA in Paraguay, or How to Get Rid of a President 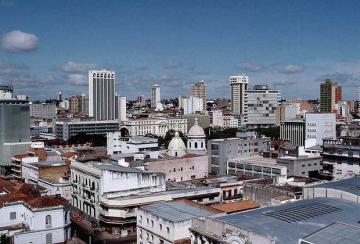 Paraguay's current president Fernando Lugo used to be known as "the bishop of the poor". He made a fairly quick career in the Roman Catholic church's hierarchy, became a bishop, and later was overwhelmingly voted in as the country's president. Inaugurated on August 15, 2008, he planned to bring profound changes to Paraguay including a departure from his predecessor's markedly ruinous neoliberal course and an alliance with the populist leaders seeking to build the XXI century socialism. From the outset, however, Lugo's plans ran into serious roadblocks. For example, his agrarian reform had to be put on hold for years because the pro-presidential fraction in the parliament was unable to break the resistance mounted by the legislature's majority which upheld the interests of land proprietors. Moreover, the political agenda in Paraguay was overshadowed by the fact that the country was permanently confronted with a threat of a military coup.

Tensions in Paraguay intensified when Lugo said he would not renew the military cooperation agreement with the US. The announcement left the US embassy in Asunción, which did not expect to face defiance of such magnitude, in a state of shock. Lugo's decision rendered fruitless years of Washington's efforts aimed at implementing the Pentagon's New Horizons program. Some 500 US servicemen were to be deployed in Paraguay in its framework, ostensibly to let US marines get used to the local climate and to carry out joint exercises with the country's own army. The actual objective that loomed behind the program was to enable the Pentagon to occupy for at least a decade the Mariscal Estigarribia base sited at a distance of just 200 km from the populist Bolivia. Paraguay used to host US southern command's forces in the past, the operations being disguised as humanitarian missions meant to provide healthcare to the population or to build schools in rural areas. In practice, the Pentagon used Paraguay's territory to carry out reconnaissance in the border zone of the three countries – Paraguay, Brazil, and Argentina – and to create the infrastructures the US could rely on to dispatch troops en masse in the case of a regional crisis.

Washington cited the presence of Al Qaeda and Hezbollah cells in the region as the reason for its activities, but obviously hoped to gain positions from which it could hold at gunpoint the populist regimes in Venezuela, Nicaragua, Ecuador, and Bolivia rather than sought to counter the mythical terrorist groups. Besides, Washington tends to be concerned over the attempts made by the Union of South American Nations (Unasur) to establish a regional defense system to which the US is not invited.

Lugo rejected the New Horizons upon getting familiarized with the materials supplied by his Unasur colleagues – he learned that the US had launched an attack against a FARC camp in Ecuador's border zone from a base in Columbia. Allowing Washington to use the territory of Paraguay for military escapes did not sound like a good idea.

Regretting Lugo's decision, US ambassador to Paraguay Liliana Ayalde expressed the hope that other cooperation programs – both military and civilian – would not be affected. Tentatively, she was worried about Paraguay's program of officer corps training and weapons acquisitions. The country's potential turn to populist regimes or to Brazil and Argentina in military affairs would no doubt be perceived by Washington as a foreign-politics fiasco.

The US embassy and its intelligence staff were from the start angered by Lugo's gravitating to the populist regimes. For Washington, the prospects of a strategic alliance between the Paraguayan president and the Bolivarian Alliance for the Peoples of Our America (ALBA) look frightening considering that already back in the 1970ies Henry Kissinger warned about the importance of the continent to the US plans for global dominance.

Lugo had to face a real war as a reaction to his independent course. A propaganda campaign targeting him swept across the continent: the media portrayed the former priest's lifestyle as reckless debauchery, alleged he had a number of children born out of wedlock, and charged him with tolerance to corruption in his inner circle. Papers wrote that Lugo enjoyed the living standards of an oligarch while posing as the champion of the cause of the disadvantaged and that he called for class struggle from a jacuzzi. CIA agents in the Paraguayan media floated the myth that Lugo had for a long time been on the agency's payroll and claimed that CIA defector Philipp Agee exposed Lugo's uncle as a CIA agent. Some media went so far as to say that practically all of Lugo's relatives had ties with US agencies, the US Department of State, or USAID. The smear campaign did prompt a part of Paraguay's population to revoke their support for the president.

For no legible reason, Marxist-Bolivarian guerrilla groups suddenly surfaced in Paraguay. The Paraguayan People's Army - Ejército del Pueblo Paraguayo – occasionally attacked the police or robbed grocery stores while the media elaborately linked it to Columbia's FARC and ELN. The group's invisible leaders churned out demagogic statements, showered Lugo with threats, and even promised a reward for killing him. The ado reeked of Hollywood but the group was subjected to a no-nonsense hunt assisted by the CIA and Columbia's Presidential Intelligence Service (DAS). Influencers worked hard to convince Lugo that the problem could not be handled without Washington's help and that the US military presence had a stabilizing impact on the country. Lugo eventually gave in and consented to a state of emergency in the north of Paraguay.

Information was leaked to the media in August – September, 2010 that Lugo – normally a healthy and energetic macho immune to any kind of nervousness - had cancer. The forms of cancer mentioned were lymphoma, lymphosarcoma, non-Hodgkin's lymphoma, etc. Lugo's doctors released reassuring statements that the president's life was not in danger and that chemotherapy would help as Lugo went to Brazil several times for treatment. Officials maintain that the president is sure to recover, that his grip on the presidential power remains firm, and that he will pass the presidency to his successor in August, 2013 in accord with the country's constitution. Only US ambassador Liliana Ayalde did come up with a dissonant statement which seemed to indicate that Lugo had been written off.

At the moment Lugo looks embattled by the decease. He lost hair after chemotherapy, his speech shed its former assertive tone, and he looks much older than he did recently. There is an impression that the president has difficulty concealing his emotions and realizes what the origin of his health problems could be. In contrast, his perpetual opponent Federico Franco is on the rise. He has quite a few friends at the US embassy and, needless to say, regards the New Horizons as an excellent project. For him, it is just a matter of time.