CIA was training an insurgency in Ukraine 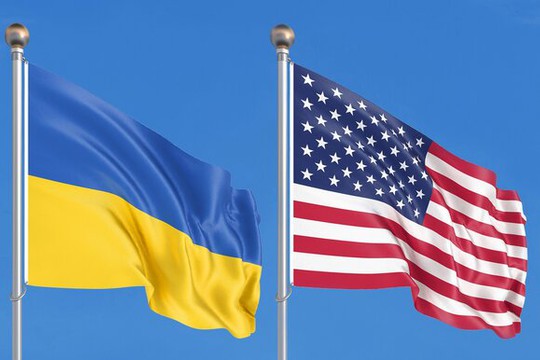 A look at events in Ukraine from the East is very interesting. Unlike Western propaganda, in Iran, for example, they write everything frankly: «US’ rise to form another Al Qaeda in Ukraine». There are a lot of real facts in this big commentary. We quote here some of them.

While the world is stunned by the headlines about Ukraine crisis, the increasing evidence of continuous attempts by the US Central Intelligence Agency (CIA) to form and arm insurgent extremist forces in Ukraine and the consequences of such measure has attracted less global attention, says Iranian information service IRNA.

IRNA has prepared a report based on a «Yahoo News» report covering CIA movement in Ukraine. IRNA's report gathers evidences that show – Washington has been arming and strengthening Neo-Nazi groups in Ukraine. The report also surveys the ideology of the group, compares the US’ policy in Ukraine to its policy in Afghanistan during the 1970-s and explores the consequences of such approach.

Yahoo News reported a month before Ukraine crisis, that CIA was training an insurgency in Ukraine under a program, which started in 2015, “to kill Russians".

US officials deny that the CIA training program is, or was ever, offensively oriented and a current senior intelligence official said that the purpose of the training was to assist in “the collection of intelligence". However, several former officials noted that the CIA program has included training in firearms, camouflage techniques, land navigation, tactics like “cover and move", intelligence and other areas.

The report said that Americans are planning how to help establish and support a government-in-exile, which could direct guerrilla operations against Russian occupiers, according to several US and European officials. The weapons the United States has provided to Ukraine's military, and that “continue to flow into the country, would be crucial to the success of an insurgent movement”, officials said.

The fact that the far right force called Azov Battalion was the group trained by the Americans and has received Western arms in recent weeks has been repeatedly mentioned in the Western media.

For example, CNN wrote in a report dated March 30: "The existence of an identifiably Azov element within the Ukrainian armed forces - and an effective element at that - poses uncomfortable questions for the Ukrainian government and its Western allies, which continue to send arms to the country.” CNN has also confirmed that Azov Battalion forces have been active among the groups fighting Russian forces in and around Mariupol.

US and the West began supporting these far-right Ukrainian groups long before the current war (at least since 2015). In addition to the recent Yahoo News report, there is ample evidence of the US policy in recent years in support of the Ukrainian neo-Nazis and their armaments, particularly the Azov Battalion.

In an interview with VOA in December 2017, Richard Vandiver, Chief Operating Officer, emphasized that the activities were conducted in "very close coordination with the US Embassy, with the US State Department, with the US Pentagon and with the Ukrainian government."

Finally, in January 2018, the Atlantic Council confirmed that the US government had delivered these lethal weapons to the neo-Nazis Azov Battalion. The US embassy has facilitated the transfer of these weapons to Ukraine, Atlantic Council's Digital Forensic Research Lab researcher Aric Toler wrote, adding that he was not sure they knew Azov would be the first group to be trained with these weapons.

The leaked documents of the US relationship with the Ukrainian neo-Nazis, of course, are not only limited to arms deals but covers other areas of cooperation. In November 2018 the Azov website published images of US officers meeting with the group's commanders, saying that the officers were providing them with "training or other assistance". These photos have now been removed from the Azov Battalion’s official website, but some of them have been survived in other media.

But the current US policy in Ukraine is more than anything reminiscent of Washington's Operation Cyclone in the late 1970s in Afghanistan. During this operation CIA decided to arm and fund extremist groups to counter Soviet influence.

"’Let we forget, the CIA gave birth to Osama Bin Laden and breastfed his organization during the 1980s?’ – former British Foreign Secretary, Robin Cook, told the House of Commons that Al Qaeda was unquestionably a product of Western intelligence agencies. Mr. Cook explained that Al Qaeda, which literally means an abbreviation of “the database” in Arabic, was originally the computer database of the thousands of Islamist extremists, who were trained by the CIA and funded by the Saudis, in order to defeat the Russians in Afghanistan,” Garikai Chengu, a scholar at Harvard, wrote in a memo for Counterpunch.

But the similarity between US policy in Afghanistan and Ukraine does not only match analytical evidence, but also it has been mentioned and called for by some politicians close to the centers of power in Washington, members of the Democratic Party in particular, in recent days.

In a statement by Douglas Landon – "the United States will invariably be a major and essential source of backing for a Ukrainian insurgency.” He added: "As the United States learned in Vietnam and Afghanistan, an insurgency that has reliable supply lines, ample reserves of fighters, and sanctuary over the border can sustain itself indefinitely, sap an occupying army’s will to fight, and exhaust political support for the occupation at home."

Ukraine was emerging as a hub in the broader network of transnational white supremacy extremism, modeling on terrorist groups such as ISIS and Al Qaeda. The report states: The danger of terrorism is growing in the United States, just as it is elsewhere in the world, with white supremacist extremists strengthening transnational networks and even imitating the tactics, techniques, and procedures of groups like al-Qaeda and the Islamic State (IS), stressed IRNA.