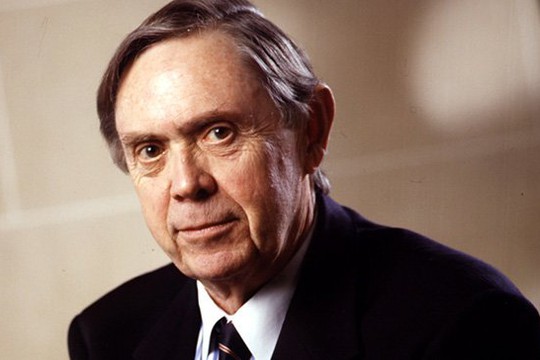 In November, the world’s attention will be focused on the proceedings and outcomes of the United Nations COP26 International Panel on Climate Change (IPCC) meeting in Glasgow. We will be told, as we have been repeatedly by the IPCC, that this is the last-ditch attempt to save the planet and perhaps humanity from the catastrophic consequences of global warming and climate change (GW&CC) through the increasing accumulation of greenhouse gases (GHGs) in our atmosphere. Alok Sharma, the British cabinet minister currently serving as president of COP 26 calls it a “turning point” point for humanity.

To that end, the world will be encouraged to abandon all fossil fuel-based energy generation, which for years has represented more that 80 percent of global energy consumption. The gathering in Glasgow will also enthusiastically and appropriately, welcome the increases of alternative energy sources in many countries, especially wind and solar, which currently provide about four percent of global energy consumption. Unfortunately, such alternative sources of energy are projected to remain modest compared to coal, natural gas and oil. This trend is compounded by rising energy demands in developing countries where fossil fuels remain a dependency.

Even developed countries such as Canada will not be able to meet the targets voluntarily set at COP21 in Paris. On October 6th the Globe and Mail reported: “Canada is on pace to fall well short of its emissions goals, according to a new government-funded report that says the country’s current strategies will reduce its greenhouse gas output by only 16 percent, relative to 2005 levels, by 2030 — a far cry from the 40-percent cut that Prime Minister Justin Trudeau has promised.”

Ironically, the UK government (host of COP26) is permitting the first deep coal mine in 30 years to be created in Cumbria with most of the extracted coal to be exported to Europe. This underlines another misunderstanding perhaps widely held, namely, the atmosphere pays no attention to the source of GHG emissions. A ton of carbon absorbed in the atmosphere from Beijing has the same global impact as one emitted from Montreal.

The gap between climate diplomacy at COP meetings and the national energy policy decisions implemented between them has fostered cynicism about the value of targets that are undermined as much by hypocrisy as by chemistry.

Columbia Professor James Hansen, known as the “father of climate change awareness”, told the Guardian in 2015 that the talks that culminated in a deal at COP21 were just “worthless words”. Speaking as the final draft of the deal was published, Hansen said: “It’s just b******t for them to say: ‘We’ll have a 2C warming target and then try to do a little better every five years.’ It’s just worthless words. There is no action, just promises. As long as fossil fuels appear to be the cheapest fuels out there, they will be continued to be burned.” Hansen has never been an irrational alarmist and his record of climate change prediction to date has been remarkably good.

With no sanctions and no carbon pricing agreed upon in Paris, is it realistic to assume that the world, with total primary energy consumption more than 80 percent dependent on fossil fuels in 2020, will restructure our societies and infrastructures in time to prevent CO2 atmospheric concentrations from passing the possible “tipping point” of 450 parts per million (ppm)? At the time of the Kyoto Protocol in 1997, concentrations were about 367 ppm. They have now passed 400 ppm and continue to rise.

As the Secretary General of the Organisation for Economic Cooperation and Development (OECD), I introduced Sustainable Development (SD) to the group’s work program in 1997 and created the OECD Round Table on SD that same year. While SD embraces a wide range of environmental, social and governance objectives (often referred to as Environmental, Social and Governance, or ESG), all SD is only possible within a healthy biosphere that enhances and protects the world’s natural capital composed of the air, the water, the soil and the biodiversity of our millions of viable cohabitants.  I did so because the 1972 UN meeting in Stockholm, the Brundtland UN report “Our Common Future”, the RIO Earth Summit in 1992 where the UNFCCC was created, plus the regular IPCC reports pointed to a climate change crisis in the near future.

Many argue that it is still not too late to embark upon ambitious environmental programs to ensure that GHGs decline before CO2 accumulations in the atmosphere exceed 450 ppm. This is the level the scientific consensus tells us will keep global mean temperatures from increasing above pre-industrial levels by more than 2° C with concomitant disastrous climate change far outstripping our global capacity to reduce fossil fuel emissions or adapt to a very different world. It is too late unless COP26 is courageous enough to introduce new technologies with have yet to be rigorously tested.

No alternative - no Plan B

Where is Plan B? There is none. We are simply re-embarking on the well-trodden path of consistent failure. Perhaps as a last resort, atmospheric geoengineering known as Solar Radiation Management (SRM) will be considered, at least at an experimental level to determine whether we might have a useful fire extinguisher at hand when there is a consensus that rising above 2 degrees C is inevitable.

The challenge is that, based on the last few decades of trying to come to grips with GW&CC by a few brave countries (e.g. consider Germany’s extraordinary increase to 44 percent wind- and solar-generated renewable electricity-generating capacity by the end of 2015, that still only provides about 8 percent of Germany’s total primary energy consumption), none of our alternative solution technologies, as presently configured, is capable of being scaled-up to make a significant dent in the overwhelming use of inexpensive and very convenient fossil fuels (gas, oil and coal).  As strongly emphasized by the US-EIA in its May 2016 report, the massive growth of population in the developing countries, and their fast-rising standards of living and expectations are forecast to sustain the use of fossil fuels globally at very high levels for decades.

As these projections were made since the Paris COP21 targets, how can one not be skeptical about keeping CO2 accumulations below 450 ppm? In the absence of herculean efforts of unprecedented research and development to find “breakthrough” solutions/alternatives, and extraordinary global cooperation and coordination, it is too late. The process under United Nations Framework Convention on Climate Change (UNFCCC) has delivered agreements, but only minimal results. COP21 in Paris has maintained that dismal record of underachievement.

John Maynard Keynes suggested that the master economist should examine the present in light of the past for the purposes of the future. So should we in looking at our history of fighting climate change. Some engaged in the climate change debate are surprised to learn that science has known of the characteristics of CO2 and its greenhouse effect on our planet for more than a century. What have we done about it?

As early as 1896, a Swedish scientist, Svante Arrhenius (Nobel Prize for chemistry, 1903) identified the warming effects of the CO2 emitted by burning coal. Alarm bells rang at the Stockholm UN Environmental Conference in 1972 — more than 40 years ago. Concern was expressed about emissions, but their measurement and impact were not yet broadly understood until the UN creation of the IPCC in 1988.

Those alarm bells grew louder after the UN Brundtland Report Our Common Future in 1987, helped to spur action with the Montreal Protocol on GHGs reached in 1987 and implemented in 1989, and mobilized political will at the UN Rio Earth Conference in 1992, where the climate change convention was adopted.

The UN General Assembly in Special Session met in New York in 1997, where we listened to statements from world leaders and others (including me) about the importance of reducing emissions. That meeting was followed by the UN Kyoto conference, where the Kyoto Protocol was adopted.

It was agreed that Annex 1 countries (37 developed) would reduce their emissions during two commitment periods on average by 5.2 per cent below their respective 1990 levels. Canada’s commitment was a six percent decrease by 2012 compared to 1990. By 2008, Canada’s emissions had increased by 24.1 per cent over 1990 and Canada withdrew from the protocol.

We have witnessed governments across the globe tailor their policies to their short-term political imperatives rather than to long-term challenges such as climate change.

For many years, we witnessed a parade of alternative energy advocates producing “possible” scenarios for reducing GHG emissions. Wind, solar, energy efficiency, tidal, geothermal and others make up that list. All great ideas, but they ignored the technical, political and economic challenges of their effective integration and weaning ourselves and our economies away from fossil fuels while meeting the world’s energy requirements in light of the short time for action. To say those challenges are daunting would be a great understatement. In 2020, total world wind and solar energy consumption amounted to less than four percent of global primary energy consumption.

The present policy paralysis illustrates our incapacity to come to grips with global warming and its impact on climate change despite the human and economic toll of the weather aberrations we witness on a daily basis.

Hopefully, as the realization takes hold that the 450 ppm threshold will be passed, an international consensus will emerge and adaptation measures will be brought forward to address some of the most damaging early consequences. If nuclear continues to be rejected as a global solution, then in the absence of some yet to be discovered “breakthrough” technological developments, a Plan B must also examine solar radiation management (SRM or atmospheric geoengineering) and perhaps a broader utilization of carbon capture and sequestration (CCS).

There are now calls from serious sources to a least engage in testing SRM to determine whether it could serve as a lifeboat of last resort. Serious environmentalists like Bill Gates and Richard Branson are apparently interested in climate engineering, or geoengineering. Some experts, such as Canadian Professor David Keith at Harvard, Granger Morgan and Ken Caldeira at Carnegie Mellon and others are striving to determine whether SRM could be a potential lifeboat should the failure to arrest and reduce CO2 emissions continue, as it has for decades.

A non-technical explanation SRM might be simply the following. By spreading aerosols with reflective particles in the atmosphere one could alter the albedo, i.e. the reflective capacity of the earth, thereby lessening the amount of radiation that penetrates to the earth’s surface, and as a result, lessen the heat that is trapped under the CO2 blanket. The measured reduction in the earth’s temperature resulting from the spread of volcanic ash after eruptions suggests that this would be effective and relatively inexpensive. It would not be a permanent answer and would have to be renewed periodically. The concept is well explained in a recent book by David Keith, A Case for Climate Engineering, published by MIT.

Unfortunately, there is considerable resistance to the concept, which seems to find two areas of opposition. First, we see the dedicated environmentalists who believe that exploring this technology may detract from mitigation efforts of those seeking to arrest and reduce GHG emissions, especially CO2. Second, there are some fearful of even limited testing, which they claim could result in unintended consequences, and who remain convinced that there will be technological breakthroughs that will make geoengineering of the atmosphere unnecessary. Surely it is irresponsible for this generation not to have a Plan B.

“The negative effects of climate change will disproportionately impact the world’s poor. David Keith’s candid and thoughtful book lays out a compelling argument about the need for serious research on geoengineering and for a robust policy discussion on its possible use”

What better place to have such a robust discussion amongst experts than at COP 26 in Glasgow?

*Under the title “COP26 Glasgow and the Lack of a Plan B” the early version of this text appeared in the Canadian Policy Magazine (www.policymagazine.ca). Courtesy of the author and publisher.