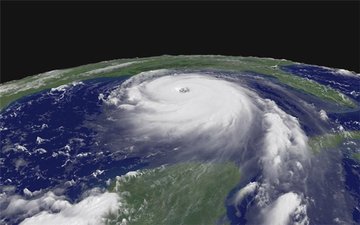 The abnormally hot weather in the central regions of Russia has already caused serious economic damage. It has destroyed crops on roughly 20% of the country's agricultural land lots, the result being that the food prices are clearly set to climb next fall. On top of that, fires are raging over peat lands around Moscow. These days, the majority of forecasts concerning the climate are alarming: droughts, hurricanes, and floods are going to be increasingly frequent and severe. Director of the climate and energy program of the Wildlife Fund A. Kokorin says that the current trend is not a random phenomenon and should not be expected to subside (1).

In this particular context, the credibility of projections emanating from the Wildlife Fund, an influential international organization running worldwide operations styled as environment-protection programs, is beyond question (2). The reason is that the global warming which is the subject of heated academic (or, occasionally, absolutely unscholarly) debates is not necessarily an uncontrolled process. At least, the incidence of the current anomalously high temperatures exclusively in Russia and some adjacent territories invites alternative explanations.

Back in the 1970ies, Z. Brzezinski invoked in his Between Two Ages the theme of weather control, which he regarded as a form of broader social regulation. No doubt, the heavyweight of the US geopolitical thinking had to take interest not only in the immediate social but also in the potential geopolitical implications of influencing the climate. He was not the only author to probe into the issue but, due to obvious regards, information on the progress in the sphere of climate weaponry is unlikely to spill over secrecy barriers in the foreseeable future.

M. Chossudovsky, an economics professor from the Ottawa University, wrote in 2000 that in part the ongoing climate change could be triggered by the use of new-generation nonlethal weapons. The US is certainly exploring the possibilities of controlling the climate in several regions of the world. The corresponding technology is being developed in the framework of the High-Frequency Active Aural Research Program» (HAARP) (3), the objective being to build a potential to launch droughts, hurricanes, floods, and earthquakes. From the military standpoint, HAARP is supposed to create a novel type of weapons of mass destruction and an instrument of expansionist policy which can be used to selectively destabilize environmental and agricultural systems of target countries (4). Technically, the system is known to be a set of sources of electromagnetic radiation affecting the ionosphere. It comprises 360 sources and 180 aerials having the height of 22 meters (5). Altogether the station emits 3,600 kW towards the ionosphere, being the world's most powerful system of the kind (6). The program opened in 1990, is jointly funded by the US Office of Naval Research and the US Air Force Research Laboratory, and is implemented by several university laboratories.

Far-reaching hypotheses arise naturally in the situation. Venezuelan leader H. Chavez was ridiculed for attributing the Haiti earthquake to the impact of HAARP (http://fondsk.ru/article.php?id=2755) but, for example, similar suspicions crept in following the 2008 earthquake in China's Sichuan province. Moreover, there is evidence that the US climate influence program not only spans a number of countries and regions but is also partially based in space. For instance, the X-37B unmanned vehicle orbited on April 22, 2010 reportedly carries new types of laser weaponry. According to New York Times, the Pentagon rejects any connection between X-37B and whatever combat weapons but recognizes that its purpose is to support ground operations and to handle a number of auxiliary tasks (7). The vehicle was built 11 years ago as a part of a NASA program which was taken over by the US Air Force 6 years ago and completely classified (8).

Demands to unveil details of the experimental program put into practice in Alaska are voiced both in the US and in several other countries. Russia never joined the chorus, but the impression is that efforts aimed at deliberate climate change are not a myth, and that in the nearest future Russia – together with the rest of the world – will face a new generation of threats. At the moment the climate weapons may be reaching their target capacity and used to provoke droughts, to erase crops, and to induce various anomalous phenomena in certain countries.