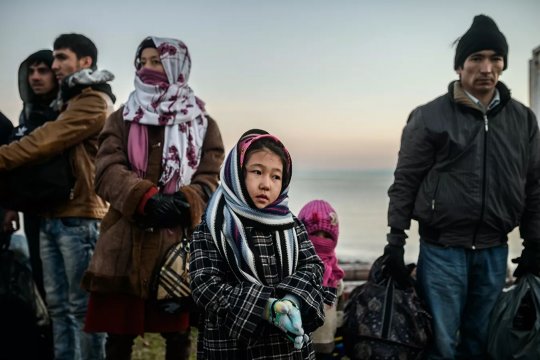 The London-based Institute of Economics and Peace has presented a Report with a profound insight into environmental dangers that threaten countries and territories and could jeopardize socio-economic stability worldwide. According to the Report, “in 2050 the living space of more than one billion people may turn out under threat”. This could be the result of climatic changes, “hurricanes, floods, deficit of water and food”. “Many residential areas will no longer be habitable”[i].

In the estimates of the authors of the Report[ii], climate changes affect the rate and direction of movement of masses of people in at least two ways. Firstly,  the more profound they are, the stronger the impact of natural disasters on the living environment will be. Secondly, these processes will depend on the extent of the climate change – caused destabilization in the sphere of food security, on whether they will restrict or close access to fresh water and food for a significant number of people.

In turn, the dynamics and geography of migration have an immediate impact on the structure of the population in countries and regions. Meanwhile, in terms of politics,  demography plays a major role in determining the level of  stability and ascertaining the historical prospects for political regimes. It produces a tangible influence on social policy, geopolitical potential, and domestic electoral processes.[iii]

Poor countries with a growing population will run the risk of plunging into “political instability and violence”. A decrease in the number of employable residents will likely have a negative impact on the rates of the economic growth “in mainly developed and in some developing countries”.  Cross-border migration will become an ever more important factor in political processes. Maximum population growth is expected over the next 20-30 years in Africa, which is home to most poor and unstable countries. Under a negative scenario, this will trigger a new wave of global migration “of unprecedented scale” which will provoke blatant interference in the affairs of the region on the part of foreign powers.

According to the Report, such countries as India and China are more than others likely to experience shortages of fresh water. While Pakistan, Iran, Kenya, Mozambique and Madagascar are facing “a combination of threats which they find ever more challenging”. In the estimates of the authors of the research, Pakistan, Ethiopia and Iran are countries where “a slight deterioration” of the environmental situation, along with natural calamities, can produce a significant number of migrants.

In general, the authors of the Report predict that the most acute shortage of social and economic resources, which has been caused by negative climatic changes, will take place, in decreasing order, in countries of Africa,  South Sahara, the Middle East, North Africa,  and South  Asia. 17 of 28 countries that are most affected by the  deficit of essential resources are located in “black” Africa, another 4 – in Maghreb and in the Middle East.

Citing the given trends, the authors of the Report predict the formation of “powerful migration flows which may first affect European countries, which are believed to be relatively resistant to crisis”. “Ever since 2015 we have observed how a relatively small number of migrants may provoke large-scale political unrest and disorder”, - chief of the research Steve Killelea said in an interview with dpa.[iv]

Undoubtedly, a dramatic rise in the  number of climatic refugees and forced migrants may be envisaged in case there is an unfortunate combination of a population growth, on the one hand, and an increase in territories suffering from shortages of water resources, on the other. As history shows, the political instability caused by an ever growing deficit of fresh water may put into question the long-term plans of socio-economic development of entire regions and even continents.

Regions which will see climate change – caused conflicts in the next few years  include territories south of Russian borders. For example, the number of territories in Central Asia, Iran, Afghanistan, and Turkey which suffer from low precipitation rises year after year. In this way, “climatic refugees” are becoming a potential threat to stability and security of the Russian Federation.

The environmental issues which are frequently overlooked by observers  but which can send people fleeing comprise so-called “heatwaves” – periods of abnormally hot weather. Meanwhile, these problems are already causing “superfluous” mortality in many regions, including the developed countries. According to The Economist, the heatwave that hit Europe in 2003 killed about 70,000 people. This issue will acquire still more urgency as yearly temperatures continue to rise and urbanization proceeds at fast pace.

A dramatic increase in the number of climatic refugees can also evoke an increase in the level of the World Ocean. Under a forecast made by the Institute of Economics and Peace, coastal territories in China, Bangladesh, India, Vietnam, Indonesia and Thailand are at a particular risk over the next 30 years. Estimates presented in the Report maintain that water levels in the World Ocean may rise by more than 2 meters by 2100. As a result, territories populated by at least 200 million people will face the danger of flooding.

Cross-border migration, which was caused, among other things, by ecology-related factors, is contributing to the strengthening of “extreme” political forces.  Poor nations with a growing population are particularly exposed to violence and political instability. Trends of this kind tend to lead to revision of political agenda. This means a new stage of regulating social and economic processes on the part of the state. In addition, according to Professor Rubinsky of the French Research Center of the Institute of Europe of the Russian Academy of Sciences, «mass migration is becoming a target, and at times, an instrument of the foreign policy of a whole range of countries».

Climatic changes lead to ever more cross-border and internal migration and may contribute to the strengthening of separatist movements in many regions of the world, including Europe. Disintegration of countries into smaller territorial entities stimulates conflicts and encourages intervention from foreign powers. In the long run, the natural need for expanding international cooperation for settling global problems will go hand in hand with the equally natural growth of nationalism and isolationism.

The issue of climatic refugees has been recognized at the international level. Formally, the UN Convention on the status of refugees does not  embrace people who flee their homes because of the deterioration of the climate. Nevertheless,  the Executive Committee of the Agency of the UN High Commissioner for Refugees has passed a decision to expand the Agency’s mandate “to include commitments regarding refugees who cannot return to their countries because of climatic changes". UN Secretary General Antonio Guterres in person is rendering substantial assistance to the victims of environmental disasters. [v]

However, there is no international system of a long-term assistance for refugees and migrants, including climatic, to help them move and adapt to their new place of residence. The policy of countries and territories that most climatic migrants strive for is fairly controversial. In the first place, due to the growing public discontent over “an influx of migrants” in the past decades.[vi]

“The European Union boasts one of the most elaborated systems of migration policy, which has no analogues elsewhere». One of the most remarkable achievements of the EU is the European Commission - suggested «mechanism of using an emergency trust fund to ensure stability and assistance in connection with the problem of migrants and refugees in Africa»[vii]. But, as we know, this does little to solve the problems of Europe, which stem from migrants and public discontent over their growing numbers.

For this reason, it is easy to understand why some European countries refuse to support the UN Pact on Migration, which was signed in December 2018. More than two million refugees that arrived on the European continent after 2013 caused serious upheavals on the political scene of leading countries of Europe. They even put into question the mere existence of the EU in its present format. As a result, most EU countries are involved in an intense political battle with Brussels for regaining their sovereignty in regulating migration flows.

In the USA, a country which has always received millions of migrants, immigration issues had acquired so much urgency by 2016 that they became a top point on the agenda of the presidential election campaign. However, like in previous years, emotions took upper hand ousting the attempts to produce a balanced and comprehensive solution. At present, the opponents are criticizing the Trump administration for the draconian migration policy, which is depriving America of thousands of highly qualified immigrants.  They point to Canada, which, they say, is much more open to migrants, though on the basis of fairly tough criteria.

Until recently, a particular approach to this issue was demonstrated by Japan, which makes considerable contributions to the funds of the Agency of the UN High Commissioner for Refugees but does not receive migrants. In recent years, public opinion has become more tolerant towards refugees and forces migrants. Tokyo has been examining the experience of Australia, which is ready to receive a large number of immigrants as long as the process is well-organized. Meanwhile, Canberra’s tough policy regarding the “illegals”, who are sent to detention camps in difficult-of-access areas in New Guinea and Nauru, вis facing ever more reprimands from the international community.

On the whole, as it appears, climatic changes which trigger degradation of the environment and socio-political conflicts will produce an ever more significant, and, at times, decisive, influence on migration processes. This, in turn, will cause political, social, economic and geopolitical problems.

Degradation of the environment leads to socio-political conflicts while military operations or long-lasting public unrest can easily inflict damage on ecosystems. There is thus a vicious circle. Given the situation, the international community will sooner or later have to focus on political, economic and social measures which could help the humanity to better adapt to the changing natural environment.

However, judging by the current state of affairs, the world’s leading countries are highly unlikely to step up their coordination on migration issue in the years to come.  As the 2010s experience shows, the migration issue will be resolved by every recipient nation progressively, “one at a time”. For many ordinary voters the problem of migration “seems obvious and relevant” but they hardly know of the many aspects associated with it. For this reason, only “simple”, tactical in essence and consequences solutions, enjoy most support. The main challenge of the present-day migration will still be a search for a balance between humanistic issues and global security in the context of changes of the climate. The importance of this context is bound to increase over time.