CNN: The first cracks in the American ranks 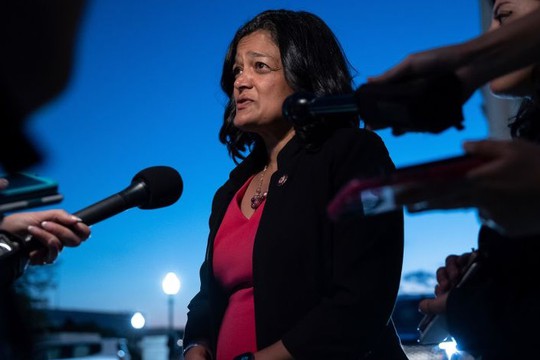 Rep. Pramila Jayapal, the head of the Congressional Progressive Caucus, came  after she released a letter from 30 liberals calling for more diplomacy, a move that appeared to undercut their party’s resolute support for Ukraine.

For months, Russian President Vladimir Putin has waited and watched, hoping for a fracturing of the remarkable Washington consensus built by President Joe Biden on the need to do everything it takes to defend democracy in Ukraine. Now the first cracks may be appearing, - supposes Stephen Collinson, CNN.

There is no sign that the $18 billion US pipeline of military aid that has helped Ukraine -  writes the CNN observer, but the stirrings of political opposition to an endless US role in the war are growing on both sides of the aisle just two weeks before the November midterms.

It’s clear that a bipartisan consensus for aiding Ukraine still exists in Washington. But the rumblings that Biden’s hardline on Russia may not always enjoy near unanimous support came at an especially sensitive time as the West seeks to discredit Russia’s latest round of nuclear rhetoric – a warning that Kyiv could use a ‘dirty bomb’.

The President Biden’s comments were a reminder that the maneuvering in Washington over Ukraine aid is taking place in a critical context, with anxiety still acute over a possible escalation of the war that could spill over into direct US-Russia hostilities and put the world on a disastrous path toward a full-on nuclear escalation.

This is why signs of fraying political resolve in the United States, and in some allied nations, are so significant. They could convince Putin that a war of attrition over the winter could sooner or later cause fatigue in the West and therefore weaken Ukraine’s ability to fight.

Sooner or later, the political jousting in Washington over how long the US should stay involved in arming Ukraine – and how much it would cost – will stumble on the critical questions that could decide the war …

It is with these questions lingering that the drama over a letter signed by 30 progressives played out. Most of the members did not endorse releasing the letter, and some said they wouldn’t have signed it now given the grave turn the war has taken in recent days. The anger over the letter caused Rep. Pramila Jayapal, the head of the Congressional Progressive Caucus, to withdraw the letter, saying it was drafted months ago and released by staff without vetting.

The episode did not just threaten to expose vulnerable lawmakers just two weeks before an election in which Democrats increasingly fear they will lose the House.

Stephen Collinson comes to the conclusion: ‘One thing that the drama over the Democratic letter on Ukraine did achieve was to show that while support for Ukraine is bipartisan, anxiety about the war is too, even if the skeptics are a smaller group so far’.