CNN: Tide turns in the Ukraine war as Russia makes progress in the east 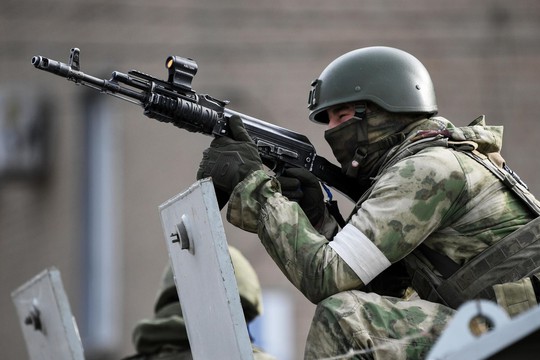 One of President Zelensky's most committed backers, UK Prime Minister Boris Johnson, is aware of the risk of "Ukraine fatigue" as the battlefield appears to turn in Russia's favor, says CNN in a comment.

Russian forces are arguably having their best spell since the invasion of Ukraine began four months ago. They have eliminated most Ukrainian defenses in the Lugansk region, consolidated control of a belt of territory in the south, improved their logistics and command structure and blunted the effectiveness of Ukrainian attack drones.

Russian forces have also stepped up attacks in the Donetsk region.

In the longer run, the Ukrainians' best hope is that as they deploy more Western weaponry capable of destroying Russian artillery, rocket systems and command posts far behind the front lines, they can gradually reduce the deficit in firepower. But weapons such as the HIMARS rocket system, which has a range of 70 kilometers (43 miles) in the configuration supplied to Ukraine, require several weeks of training. And in Donbas, several weeks is a long time given the current pressure on Ukrainian forces.

That pressure is all the greater because many of the units deployed to the region are among the most experienced that Ukraine has. They have been worn down by the sheer intensity of Russian bombardment and are not easily replaced.

The great unknown is whether Russian success in rolling up Ukrainian defenses in Donetsk might encourage a further expansion of its war aims beyond the special military operation – perhaps an effort to sustain the momentum as far as the Dnipro river, which essentially divides Ukraine into two. That is the worst-case scenario for the Ukrainians…