Collapse of the Alliance for European Integration 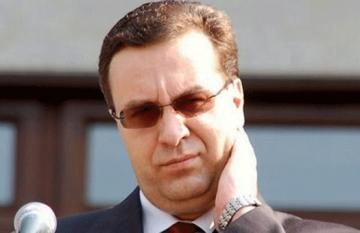 Interview with the Democrat Party leader

1. From your perspective, what is the current state of the relations between Russia and Moldova?  In the context, what can you say about the agreement of cooperation between the United Russia party and Moldova's Democrat Party?

In my view, at the moment the state of the relations between Moldova and Russia is unnatural — what is going on is totally inappropriate for the two countries having much in common and largely sharing the same history, culture, and mentality. The view may be perceived as controversial, but the Slavic Russian culture is an element — and by all means a significant part — of the Moldovan identity. Career Russophobes in Moldova simply can't grasp that the element is indispensable and that without it we would have been a nation completely different from what we are. I am not talking exclusively or mainly about the Soviet legacy shared by Moldova and Russia — Moldova and Russia used to be linked together by myriads of ties, contacts, and relationships over centuries.

In contrast to East Europe and the Baltic region, Moldova owes the advent of modernization to Russia, not to the West, and this is something. We have to admit that, and therefore my position (and the position of my party) that Moldova's s integration into the EU should not proceed at the expense of its relations with Russia is neither a tribute to politeness nor meaningless political verbiage. The position reflects the fact that tensions with Russia in no way help us advance towards Eurointegration. Rather, Europe would be more interested in Moldova if we manage to demonstrate the ability to maintain civilized relations with all of our partners, especially as important as Russia. Europe is interested in us as Moldovans, a nation with a unique identity which we are not going to shed. Friendship with Russia is built into it, and this original Moldovan identity is what makes us interesting to the world including Europe. This is the reason why the natural choice is a mutually beneficial and EQUAL partnership between our countries and peoples. I regard the agreement signed by the United Russia party and Moldova's Democrat Party as an initiative aimed at attaining the above level of partnership, as a step helping the relations between Moldova and Russia revert to their NATURAL state.

2. What is your vision for the future of the relations between Moldova and Russia in the light of the political confrontation accompanying the electoral campaign?

I hope the political forces will prevail in Moldova which are fully aware of the importance of healthy, pragmatic, and mutually beneficial relations with Russia and of the fact that such relations would be optimal from the standpoint of our own national interests. As for the Alliance for European Integration, it is practically dead. Premier V. Filat dealt a deadly blow to the embattled Alliance by debarring the parliament on the last day of its work from passing the budget amendments meant to provide additional support to the disadvantaged strata of the population and to the agricultural sector. It was just one in a series of premier Filat's attempts to sideline the parliament and sell himself as the sole defender of the people's interests. The Democrat Party which proposed and promoted the amendments is of course satisfied with the government's response and glad that support will nevertheless be made available to the people. Still, it was outrageous how premier Filat acted in the situation, and the Alliance clearly stands no chance under the circumstances. Moreover, the parties that used to be bracketed together in the Alliance are competing independently in the opening electoral campaign, which automatically means that currently the Alliance is nonexistent. Its prospects for reanimation after the elections depend on an array of factors including the outcome of the race.

3. Experts pinpointed the disagreements between Marian Lupu and Serafim Urechean on one side and their partners on the other during the Alliance's debates over key international politics issues (such as, for example, the July 28 decree). Is S. Urechean your ally in what concerns foreign politics, do you share the same views in the sphere, and do you plan to cooperate in any form with him and his party?

The Democrat Party never disagreed with Mr. Urechean and his party throughout the period of time when the Alliance was at the helm. I am convinced that no conflicts await us during the electoral campaign either even without signing the widely discussed “non-aggression pact”. In our opinion, there is no need to pen any particular document at the moment, but in this regard we will face a different situation in the process of shaping a new ruling coalition after the elections. The lesson stemming from the recent experience of the Alliance is that any deals within a coalition must be cast in the form of specific documents.

4. What is the message you seek to deliver to the Moldovan voters on the eve of the snap parliamentary elections? Do you continue to espouse “the peacekeeping doctrine”?

Yes, I still hold that the permanent political war in Moldova is undermining our statehood. Moldova is divided (the Democrat Party deems the divisive issues such as history, identity, and language extremely serious) but politicians are sustaining the condition deliberately. Bridging the gaps will unlock opportunities and the potential for modernizing Moldova and upgrading it to a normal modern country with normal living conditions.

The Democrat Party builds its campaign around the strengthening of the Moldovan statehood. We see the strengthening not as national mobilization energized by hatred towards Moldova's alleged enemies like communists but as the country's transformation into a comfortable and well-governed state providing quality services to its citizens. Nothing props up the statehood of any country better than the choice of its citizens in favor of living and working in it rather than elsewhere.

5. From the standpoint of Moldova's energy security, would you welcome the construction of underground gas storage facilities in the country?

I am not a gas business expert, but if constructing underground gas storage facilities contributes to the energy security of Moldova, I fully support the idea.