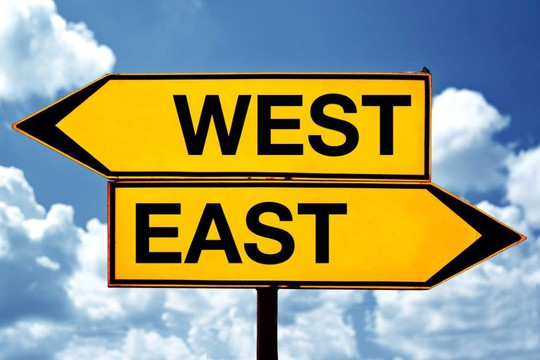 The edition notes that now the collective East is beginning to inflict more and more tangible blows on the weak points of the Western economy. At the same time the collective West is drowning deeper and deeper in internal contradictions between its member-countries: the United States wants to deceive Europe by selling energy resources to it at exorbitant prices; Turkey opposed the entry of Sweden and Finland into NATO; Hungary cooperates with Russia, despite sanctions; and Germany tries in every way not to supply heavy weapons to Ukraine and pays billions of dollars for Russian gas and oil etc…

At the other pole of the Planet a more complex collective East is being formed, which began to protect its interests. Moreover, the collective East is preparing an economic response to the West. For example, Russia is already using the tools of the "sanctions counterattack": Moscow decided to sell her goods for its own currency - the ruble. This measure immediately affected the market, and the cost of gas soared.

Now, for political reasons, Americans are forced to export their gas to Europe, creating a shortage in their own domestic market.

China and India decided to support Russian retaliatory measures as they understand that the West "does not wish them well." The United States considers China its main economic competitor as well as a geopolitical opponent. As a result of such Western attitude the collective East is rallying in the face of a single enemy.

Although the media have not yet got used to the term "collective East" the common interests of the super-region are gradually taking a clear form weakening  the economic power of the West.

The West has already faced the consequences of retaliatory measures:

- the Polish authorities allowed citizens to collect firewood for the next heating season due to the embargo on coal imports from Russia;

- in France citizens are encouraged to use air conditioners as little as possible during the summer season;

- in Germany, they adopt a norm on reducing the maximum speed for cars on autobahns in order to save on fuel, people are even advised to take a shower less often;

- in the USA the cost of a gallon of gasoline has reached five dollars, and diesel fuel — more than six.

And all this is just the beginning.