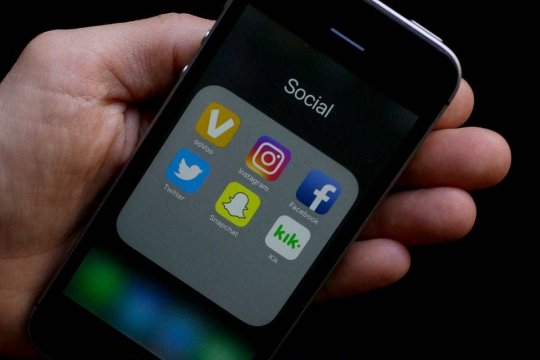 Over the recent years we have observed a significant increase in the use of ICT-instruments to disseminate specially prepared content to achieve malicious political and economic goals. Many experts explicitly claim that ICT-instruments have increased manifold the capabilities to achieve objectives by non-military means. Confirmed are the predictions of competent experts that the new ICTs allow oneself to fight directly at the level of consciousness.

Thus, Chaz Freeman, a senior scientific adviser at the Watson Institute for World and Public Policy at Brown University, said in his article: “Since knowledge about society and the world is largely concentrated in cyberspace, abilities of State and Non-state actors to shape public opinion in other countries have increased unprecedentedly… During wars, psychological operations allow for rapid dissemination of fake electronic messages, fake news, compromising information about political leadership. This is done, among other ways, through social networks and results in distorted perception of the situation, disruption of political coordination and decision-making process. Technology allows for a gentle conquest through concealed actions in cyberspace. The application of scientific achievements leads to erosion of sovereignty, facilitating influence actions that go beyond diplomacy, but not bringing the matter to open war…”[2]

Currently, one of the fundamental theorems of social sciences is the so-called Thomas theorem: “If men define situations as real, they are real in their consequences”.[3] William Isaac Thomas, a classic of American sociology, formulated this statement in 1923 and did not attach much value to it. At the same time the consequences of this statement were constantly used in political practice of many states to manipulate the social behaviour of the masses.

Many experts predicted that the Thomas theorem will become increasingly important with the development of new technologies for information dissemination. For example, A.V.Lukov in his article "Consequences of the “Thomas theorem” with emergence of information civilization", notes: "What was a special case at the beginning of the century has become the global situation by the end of the century thanks to the development of information technologies".[4]

For practical applications the most important consequences of the Thomas theorem are those, which allow management of the social behaviour. It was a common belief that only two “realities” – subjective and objective – influenced actions of an individual. Now a “third reality” has emerged – the global media sphere, through which, according to the Thomas theorem, one can influence the decisions and actions of people. Under these conditions, objective reality in the minds of “common people” (an average man) that goes beyond their everyday problems, worries and interests is replaced by the perception of this reality, which is formed by the “third reality” (more precisely, by those fragments of the “third reality”, which he trusts). Here, the words “common person” (an average man) mean a person who is not professionally engaged in economic, social and political issues and has neither the knowledge, nor the capacity, nor the desire to look for grains of objective reality in information flows.

The use of these consequences of the Thomas theorem in the organization of large-scale information campaigns of recent years (Colin Powell’s vial, maidan in Kiev, the use of chemical weapons in Syria, Skripal poisoning, etc.) fits into the same arrangement. Initially, a large-scale, well-directed campaign is carried out using all possible channels of the global media sphere to replace objective information about the situation in people's minds with an idea of this situation that corresponds to the goals of the campaign developers. This stage can be called the “Replacement of reality by media events”.

After this goal has been achieved, the second phase of the campaign begins, the meaning of which, according to the Thomas theorem, is that people will now consider all the consequences of the formed perception of the situation as correct (you can attack Iraq, you can dislodge Yanukovych, you can bomb Syria, and etc.). This stage can be called “Information support for the implementation of the consequences of media events”. At the same time, in this phase “the fire is periodically plied with fresh fuel” – meaning that another campaign is launched to “update” the media event. Here we could mention the series of publications by the authoritative Russian expert Andrei Massalovich, in which he studied, in particular, the graphics of interest decline in specific topics on social networks and demonstrated the need for periodic support for this interest.

The technologies for deliberate preparation and dissemination of content are constantly developing: information targeting, use of Internet profiles of the users, “fake news” and employment of opinion leaders to rollout this news. In the recent article[5] by Anders Fogh Rasmussen (former Secretary General of the North Atlantic Treaty Organization and Prime Minister of Denmark ) and Michael Chertoff (former US Homeland Security Secretary) a generalized concept was proposed for the characterization of such technologies –hyper-partisan content.

2. Evolution of the views of the Pentagon on Information Warfare

The first to appear was the notion of “Information Warfare”, which was introduced in 1992 top secret directive TS 3600.1 of the US Secretary of Defense.[6] It seems that the accurate translation of this notion into Russian would be “information confrontation”, or “information struggle”. This directive was a document of heightened secrecy, and therefore of limited use. In 1996 the US Department of Defense issued Directive S 3600.1 which introduced a concept broader than the information warfare – “information operations”[7] – Actions taken to affect adversary information and information systems while defending one’s own information, and information systems. At the same time, information operations are carried out not only in wartime, but also in peacetime. American experts admit: "The fact that the United States was writing strategy to conduct operations in peacetime against nations was considered very risky, therefore IW [Information Warfare] remained highly classified throughout much of the 1990s".[8]

In 2002 the Psychological Operations Field Manual (FM 3-05/30[10]) was adopted, which formulated the goals and objectives of psychological operations, as well as the definition: Planned operations to convey selected information and indicators to foreign audiences to influence their emotions, motives, objective reasoning, and ultimately the behavior of foreign governments, organizations, groups, and individuals. Note that the Joint Vision 2010 defines the concept of information superiority as the capability to collect, process, and disseminate an uninterrupted flow of information while exploiting or denying an adversary’s ability to do the same.[11]

At the State level one can observe not only the implementation of offensive psychological measures, but also an active search for scientifically based solutions for implementation of protective and defensive measures. Accordingly, the problems of information-psychological confrontation are receiving increased attention in the scientific community – primarily in the centres affiliated with the relevant agencies.

In September 2018 the US presented two new important documents that would determine their policy in cyberspace for years, and possibly decades ahead. First, the Trump Administration announced the US National Cyber Strategy.[14] The second document was the Cyber strategy of the US Department of Defense.[15] It is noteworthy that the spectrum of malicious activity now includes not only cyberattacks, but also malicious propaganda and disinformation campaigns – under the pretext of response to Russia's unproved interference in the US presidential election process. All available means, including diplomatic, information, military (both kinetic and cybernetic), etc. can be used to prevent, respond and deter malicious cyber activity.

1. As Methods and implementation techniques develop and mature the number and effectiveness of large-scale information and psychological operations will rise.

2. The most important prerequisite for successful countering of such operations is the timely exposure of the signs of their start and their objectives. This information should be used as a foundation for a counteroperation to neutralize the media event (which replaces the reality) and prevent the realization of the Thomas theorem.