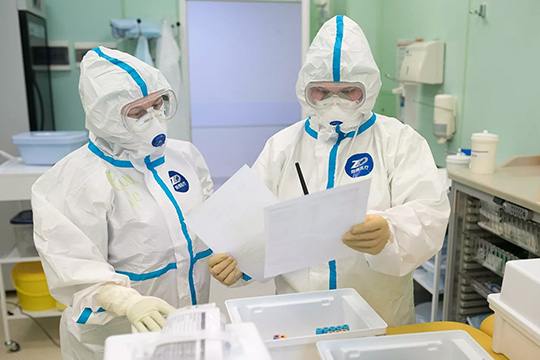 The current pandemic has given rise to a variety of forecasts and  judgements on a wide range of issues that are directly or indirectly related to the future world order. These predictions can be divided into two main groups. The first group incorporates factors of unceertainty in global politics which will likely affect it for a fairly long time. That’s why the  forecasts of a new world order which are short of conceptual categoriality are provided with a reservation  that they are purely preliminary: their coming into effect will depend on a combination of many, not yet visible, variables.

The second group includes prognostic estimates which present a more or less completed picture of the new world order but, in our opinion, too prematurely.  In some cases, the suggested visions of the future world order, its “new normality” or “new abnormality”, are based on individual concepts and assumptions. What needs emphasizing is that a linear projection of dramatic and turbulent changes on the present-day geopolitical landscape to the realities of remote future cannot account for the intricate interdependence of the old and the new in global politics. Life shows that the never cooling magma of international events which tend to overlap minimizes or reduces to zero whatever efforts international experts make to provide substantiated arguments for both long-term and middle-term prognostic prospects.

Given the unexpected changes of turbulent streams of events, it would be too premature to describe the basic factors of a new world order: such a forecast may easily shift in the direction of futurological predictions which are very often interpreted loosely enough.

At present, amid the acute crisis of a pandemic, it is essential, as never before, to be able to analyze, to understand what is critically important or substantial, and what is merely a “detail”, something secondary, an instance; it is significant to sense a disparity between an illusion, a false reality, and the true essence of international phenomena and developments; to detect the deep-lying reasons and specifics of global, regional and local conflicts and  confrontations. What acquires a particular practical and political value is the undistorted realization of the intertwined web of homogeneous elements and heterogenous opposites, which will make themselves felt with an ever greater impact in the new world order.

Significantly, as the humanity recovers from the pandemic shock, the ideas that the pandemic produced a powerful impact on the formation of a new world order become less categorical, less radical. Could it not be a warning from the future, that a lot of the past is still ahead of us, and we will say afterwards that the future is largely behind us?

First of all, this refers to a range of issues related to globalization. The acceleration of differently directed processes in the globalized space is currently estimated across a wide spectrum of definitions: anti-globalism, de-globalization, false universalism, counter-trends in the development of globalization etc. Other assessments prognostically boil down to the reformatting of globalization, neo-globalism, and even – apparently with an excessive haste -  to post-globalization.

The pandemic laid bare a conflict that is linked to the earlier, centrifugal tendencies in the development of globalization: the crisis is global – the measures against it are local ones, mainly within the centralized «national state» framework. The coronavirus crisis drew a line under the era of neo-liberal minimization of the role of a national state. The conviction of many years that the functional potential of a state is due to undergo erosion and is bound to wear itself out has been rejected. The reverse geopolitical drift towards “a national state” means that the new is the well-overlooked old.

Overcoming the traumatic shock of the coronavirus pandemic becomes dependent on the protection of the state, since the potential of international organizations for assisting countries in combating the pandemic proved limited to negligible figures. In the conditions of a large-scale disorientation of neo-liberal establishment the state regains the role of a centralized regulator. Threatened by a catastrophic depression, the state is forced to think in global categories of a crisis and is made to act quickly within sovereign institutional bounds. Consequently the pandemic put a finishing touch to the crisis of  the neo-liberal model of the world order, and it did so in a flicker of a moment, revealing in a congested form the new flaws and reaffirming the old structural and functional defects of such a model. This will certainly affect the formation of a new world order: interstate conflicts are imminent, fraught with intensification of global imbalances.

In this respect, the basic meaning of the concepts “multipolarity” and “polycentrism” acquires a particular political and methodological relevance. These two notions are used so frequently on a daily basis that they are automatically regarded as identical even in political documents, let alone in numerous publications which are related directly or indirectly to global politics and international relations. Meanwhile, the original separation of these concepts and the specifics of their meaning give rise to an appropriate interpretation of the transformational direction of the world order. Polarity incorporates a more or less direct conflict; polycentrism suggests an intricate interaction of several independent centers of force, capable of creating various geopolitical configurations, which preserve an extensive potential for the protection of their national and state interests.

The age of hegemonic unipolarity is coming to an end. Such the “end of history” became inevitable. The clearly visible new centers of force scattered all over the  world, making it difficult and burdensome for the Unites States to eliminate them one by one, let alone, in total, are becoming a characteristic feature of the oncoming polycentric world order, which is unavoidably provided with elements of asymmetry.

In the new world order, the commonly recognized concepts of leadership and hegemony will pass into the realm of other, radically transformed and undergoing profound change, relevances. The prospects of America-oriented leadership, invariably associated with hegemonism, are infinitely slim as the world is moving towards the formation of new centers of force, new geopolitical formats without a pronounced centric role of one of the most influential global players.

The critical obliteration of the neo-liberal model of world order was largely facilitated by D.Trump, who exerted every effort to rid the USA of binding international commitments in the political, military-strategic, trade and economic spheres, at times detrimental to the interests of American allies. An open encroachment upon the independent role of the EU as a weighty global player is a glaring proof of that. The fundamental principle of Trumpism «America first», which ignores the new geopolitical and geoeconomic realities, becomes a slow-action bomb to destroy any constructive attempts at international cooperation in building the future world order, which would meet the interests of the entire world community. Undoubtedly, the battle on the geopolitical and geoeconomic fronts will get new or modified old centrifugal development. It will thus become much more difficult to negotiate a mutually acceptable solution.

Multilateral partnership and even bilateral ties between allies are becoming more fragile. As international cooperation as a whole becomes more complicated, it can largely be characterized as “competitive”.

The monetization by Trump of relations with the allies has become an integral part of the American foreign policy. At present, few if any would give a clear answer to the question how long this monetization will persist in the post-Trump period  and whether it will affect the future world order.

The coronavirus crisis has made relations between the USA and China more toxic. The US-China acutely competing trade and economic claims have become a signature feature of global politics for long. The two countries’ tough confrontation in the area of international security, originally resulting from inequality of nuclear potential in favor of the USA, will last long as well. But it would be too primitive to tie the final prospects of the currently transforming world order to the new tough bipolarity USA-China. Given the dramatic rise of the geopolitical status of such key players as Russia, India, Brazil, and the EU’s striving towards sovereign autonomy on the international scene,  what is possible is asymmetric polycentrism, that is, realignment of force formats in the global space.

As for Russia, geopolitically, in order to reach parity, or at least, a comparable economic level with the USA and China, the most beneficial position would be ‘in-between’ -  it would enable Russia to pursue a flexible policy with due regard for its own strategic interests and priorities. Russia has already become a significant balancing factor in global politics and international relations. Let’s compare the incomparable: Russia’s geopolitical weight of twenty years ago and Russia’s geopolitical weight today. Though, without a powerful innovative breakthrough Russia will find it increasingly difficult to perform the ever more challenging function of an international balancer.