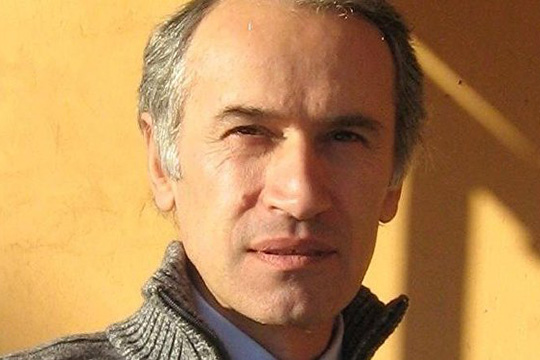 He admitted that a common coordinating agency to manage the situation with the spread of the novel coronavirus would be set up in Brussels.

ROME, March 18./TASS/. A pandemic of the novel coronavirus has demonstrated European Union’s inability to pursue common policy and its incompetence, that will cost the EU the loss of influence, President of Vision & Global Trends Tiberio Graziani told TASS on Wednesday.

"These past weeks have demonstrated to the globe total inadequacy of the EU. This pandemic will be ruinous for the EU as a merely bureaucratic apparatus, but this situation is pushing the member countries towards solidarity and overcoming the differences," the political analyst said.

He drew a parallel between the current situation and other problems of the European Union. "Behind the screen of words and statements, the EU in fact has no common strategy in any sector whatever. Let us take the energy sector, it sees no common policy either, and this is absurd in itself for the group of countries that have no own energy resources, that have to import energy resources," he went on to say.

"The EU is a rather chaotic structure controlled by bureaucrats with limited responsibility," he said.

He admitted that a common coordinating agency to manage the situation with the spread of the novel coronavirus would be set up in Brussels. "But certain states are already going their own way in solving the problems, and it will be difficult for the European Commission to establish centralized coordination," the expert believes.

"The loss of influence and authorities of the EU as the deciding entity is more realistic than exodus from the EU," he said. According to Tiberio Graziani, real reforms in the EU will eventually become possible after the pandemic ends.

In late December 2019, Chinese authorities notified the World Health Organization (WHO) about an outbreak of a previously unknown pneumonia in the city of Wuhan, central China. On March 11, 2020, the WHO officially characterized the situation with the novel coronavirus (COVID-19) as a pandemic. The disease has spread to over 130 countries. The number of coronavirus infection cases in the world has exceeded 200,000, while 8,000 people have died, the World Health Organization (WHO) Secretary General Tedros Adhanom Ghebreyesus announced Wednesday.