Counter Punch: «The perpetuation of the American hegemony as our core issue in Ukraine» 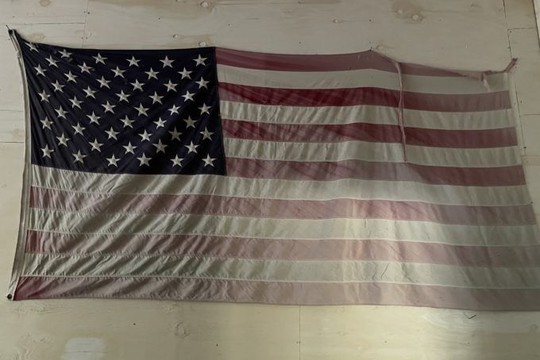 «The unipolar domination of the United States would be maintained in perpetuity. No rival superpower would be permitted to emerge» - this is the sense of American politics in opinion of that Richard Drake, professor at the University of Montana, expressed in his article «The American Cause in Ukraine: Advancing Freedom or the Course of Empire?», in the American edition «Counter Punch. He poses a question «Who or what caused the war?» and tries to answer it:

- On the principle that historical analysis requires an attempt to understand the motives of all sides in a war, the Russian argument deserves a fair hearing. Roy Medvedev, one of Russia’s most distinguished historians and long a supporter of Vladimir Putin, gave an interview on March 2, 2022, to the Corriere della Sera. The ninety-six-year-old Medvedev succinctly expressed the Kremlin view of the Ukraine crisis as a clash involving far more than Putin’s concern about NATO expansion to his country’s borders. The metastasizing of NATO illustrated but did not define for Russia the fundamental issue, which had to do with the failure of America to understand that the unipolar moment of its rules-based order had ended. The time had come for a paradigm shift in international relations.

- As an example of the American hegemony’s failures, Medvedev commented on the effects of Washington’s supervisory role in Russia’s transition to capitalism. He was referring to the misery befalling Russia at Cold War’s end and astringently described by the Nobel Prize-winning Columbia University economist Joseph Stiglitz in Globalization and Its Discontents (2002). In general, Stiglitz could find nothing moral or competent in the way globalization had been imposed upon the world by the International Monetary Fund, the World Bank, and the U.S. Treasury Department. Globalization had turned into an enrichment scheme for international elites implementing and benefitting from the neoliberal Washington Consensus.

- When Stiglitz came to discuss the Russian economy’s American-led post-Cold War reconfiguration, which evolved along lines pleasing to the Chicago School of true-believing free-market capitalists, he showed in copious detail what Medvedev was alluding to in his interview with Italy’s leading newspaper. This crash course in free market economics had produced a harrowing increase in the nation’s poverty. The Russian GDP declined by two-thirds from 1989 to 2000.

- Revisiting the Russian experience of the 1990s, Medvedev cited the social consequences of these terrible years as the main reason for Putin’s popularity in Russia today. After ten years of Western democratic tutelage, the country had fallen apart. Medvedev credited Putin for reviving Russia and returning it to great power status.

- It can be deduced from Medvedev’s interview that they had accepted Putin’s two-fold reasoning for Russia’s actions. First, for the Russians, the U.S.-NATO de facto alliance with Ukraine constituted an existential threat, made even more dangerous by the inclusion of radical right-wing anti-Russian elements in that country’s military forces. Beginning with the summit meeting of 2008 in Bucharest, the George W. Bush administration pushed for Ukraine and Georgia to become members of NATO, by definition and continued practice an anti-Russian alliance. Thereafter, the march of events in that part of the world had been in one direction leading on November 10, 2021, to the U.S.-Ukraine Charter on Strategic Partnership. This agreement outlined a process for that country’s integration into the European Union and NATO. Indeed, the military success of Ukraine against Russia reveals the large scope of the ceaseless NATO training program.

- From the Kremlin’s perspective an invasion became necessary to prevent an even more lethal threat from materializing on its doorstep. In the aftermath of the Charter’s promulgation and America’s refusal to acknowledge Russia’s concerns, foreign minister Sergey Lavrov declared that his country had reached its “boiling point.” Even these blunt words failed to impress policy makers in Washington.

- The American cause in Ukraine descends from this Wolfowitz Doctrine. Its proclaimed purpose is the focal point in the second part of Putin’s reasoning about Ukraine. As Undersecretary of Defense for Policy in the George Herbert Walker Bush administration, Paul Wolfowitz authored the 1992 Defense Policy Guidance memorandum. This seminal foreign policy document called for the maintenance of American supremacy in the post-Cold War era.

- No rival superpower would be permitted to emerge. The unipolar domination of the United States would be maintained in perpetuity.

- That Putin had uppermost in mind concerns about the credo of American supremacism became evident on February 4, 2022, when he and China’s President Xi Jinping issued their Joint Statement on New Era International Relations and Sustainable Development. They declared that instead of the U.S. hegemony, the U.N. Charter would be a better foundation for international relations. In short, the unipolar moment of which Medvedev would speak a month later, should pass into history.

- The danger of the present crisis with Russia in Ukraine and the one to come with China in Taiwan involves the way all the principal powers envisage themselves facing existential threats. For the Russians and the Chinese, the immediate issues at stake are territorial, for the Americans, their global hegemony.

- All that panoply of American power now confronts its first direct and forthrightly stated challenge since the end of the Cold War. How to face it? We could continue to stoke the war in Ukraine with money, arms, and economic sanctions while hoping that our direct involvement can be avoided. Given our multifarious involvement already, the fog of war greatly reduces the chances of success in keeping ourselves clear of the actual fighting. In the protracted war now envisaged, clear-eyed restraint holding out for long on either side would be an unsafe bet.

- A negotiated settlement would be a rational step, but powers imagining themselves to be in dubious battle on the plains of Heaven seldom think of compromise until all the alternatives are exhausted.

- «The perpetuation of the American hegemony as our core issue in Ukraine», - stresses Richard Drake.