“Counterpunch” and “The future of US foreign policy in Europe” 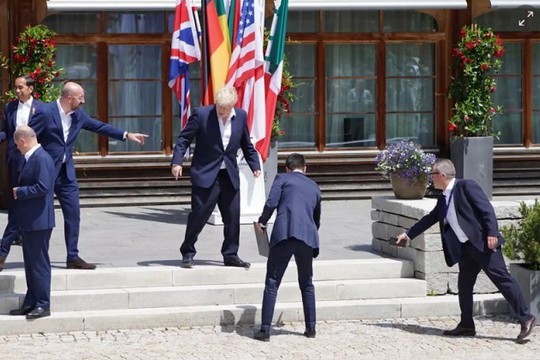 The US is an overstretched superpower confronting the reality of its limits in a world that looks nothing like 1945 or 1991, - writes “Counterpunch”.

US, distracted by its own internal political diversions, trade wars with China, and an ignominious retreat from Afghanistan in 2021 that left many wondering how reliable America longer term is in guaranteeing or supporting European security needs.

Since WWII such a thought has been inconceivable.

At the conclusion of World War II one could make the argument that the US was the lone standing super-power. According to the Wilson Center, the United States accounted for 50 percent of global GDP, held 80 percent of the world’s hard currency reserves, and was a net exporter of petroleum products. It had the highest per capita and standards of living in the world. It had the strongest military force and it was the only state with nuclear weapons. It could be argued that it was the leader of the world. It had the resources and will to defend Europe.

Even in 1960, the US GDP was still 40% of the entire world. It had the resources to sustain its military and its foreign policy principles in Europe.

The US has always been a reliable and capable partner to NATO and with European security. But then two events happened that shook the world.

One, it was the fall of the Berlin Wall in1989 that led to regime change across Eastern Europe as communist regimes fell. Then it was the breakup of the USSR in1991. What emerged in 1991 was a point in time similar to 1945. The US was clearly the dominant power in the world.

There was this time a genuine unipolar moment where it appeared that western liberal democratic capitalism had won and all viable rivals had lost. The US could now be the leader of all the world. But in 2000, the US GDP was only 30% of the World, though there were no serious economic rivals.

It appeared the USA could largely do what they wanted. The US still had both the economic and military resources to act as the sole remaining super-power, and a large degree of internal political consensus to sustain its foreign policy goals. This was the post-Cold War era of American dominance. But such dominance is perhaps over or may be soon.

When Barack Obama was President his “pivot to Asia” seemed to place European security on the back burner.

Then when Donald Trump became president he questioned the continued viability and desirability of NATO, often musing that perhaps the US might pull out, especially if the other members did not pay what he considered their fair share.

His unilateral pullout from Afghanistan and the ensuing disaster that accompanied it sent shutters across Europe that the US was pulling away from its international commitments, especially those employing military force.

In 2021 and 2022 tensions surrounding Russian increased and President Vladimir Putin demanded that NATO retreat to pre-2008 borders and pull out all troops from former Soviet states. Biden appeared to waiver. His comments that he would not send troops to Ukraine and that  he was willing to talk to Russia about their security concerns

Yet Biden and the US have responded and at least for now reassured Europe “we are still there”. But for how much longer?

Despite the dominance of the US at the start of the twenty-first century, it may no longer be in a position in the future to guarantee European security.

It is not simply the prospect of Trump winning the presidency again. It is the political polarization in America that is weakening US democracy and undermining the state. It is also the arrogance of power and the failure to understand the rest of the world, including the idea that much of the rest of the world does not buy into the American narrative of global dominance.

Clearly – Russia and China do not.

The US domestically and internationally is no longer in the same place it was in 1945 or 1991, concludes “Counterpunch”.