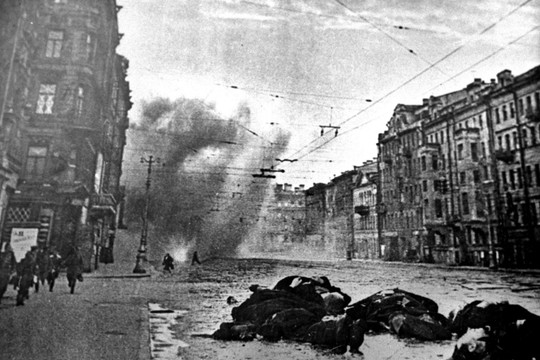 Bodies of killed residents of the city remained on Leningrad streets after European shelling.

The St. Petersburg City Court recognized the blockade of Leningrad as genocide.

The hearings have been going on for the past month and a half, and witnesses of the worst tragedy in history took part in them.

During the meetings, it turned out that almost 1.1 million Petersburgers died during the blockade, and the damage to the city amounted to more than 35 trillion rubles.

The blockade of Leningrad lasted 872 days in 1941-1944, the occupying troops consisted of fascist german troops and their accomplices from Belgium, Italy, Spain, Latvia, the Netherlands, Norway, Poland, Finland, France and the Czech Republic.

According to the court's conclusion, they committed a war crime and a crime against humanity.

The press service of the courts of St. Petersburg reported: “They committed genocide of national and ethnic groups representing the population of the USSR, the peoples of the Soviet Union.’